When it comes to game design, approach, and choice-based gameplay, Japanese RPGs couldn’t be more different from their Western counterpart. Yet, despite their linearity when compared to the likes of The Witcher 3 or Skyrim, fans of JRPGs are usually drawn to the games because of their differences. The stories can be wonderfully weird, heartfelt, and heavily inspired by Japanese anime. 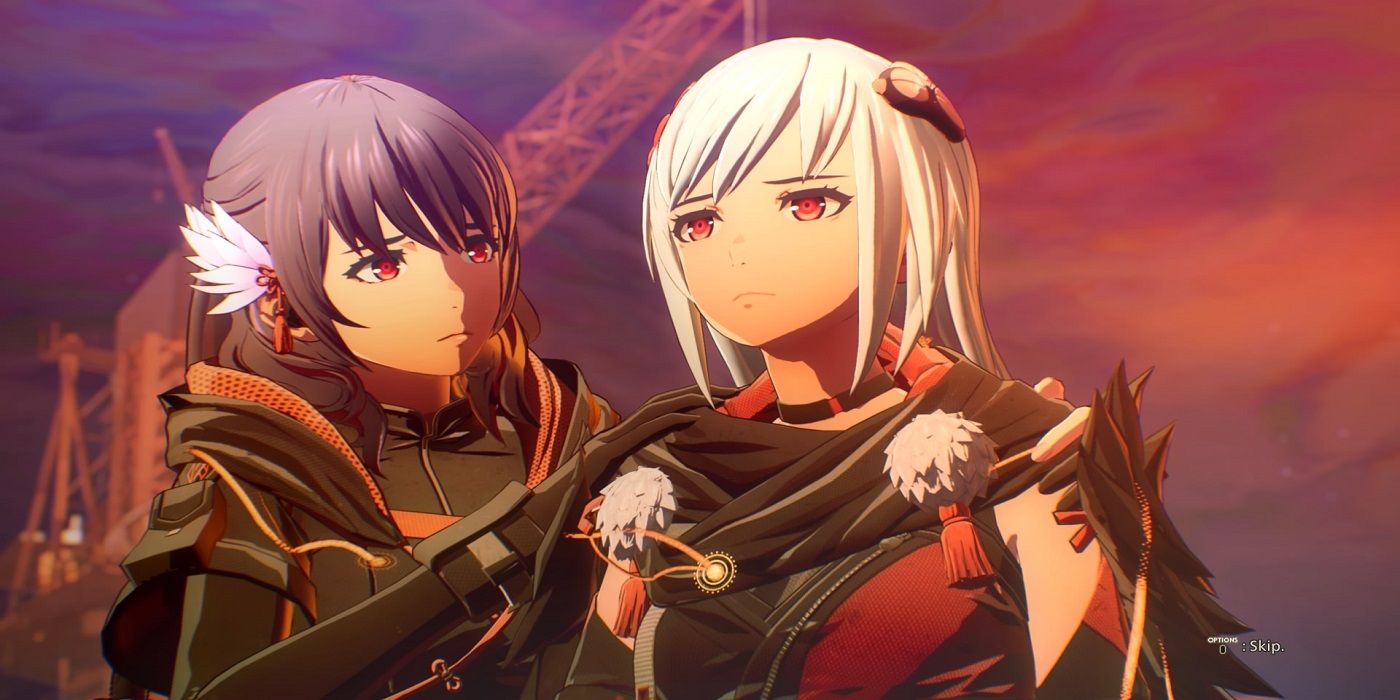 Released in June 2021, Scarlet Nexus is a spectacular JRPG that deserves a mention. It’s a game developed by key members of the Tales team at Namco Bandai and their aptitude for telling a great character-driven story shines through in this adventure.

This is combined with the very real Persona 5 influences when it comes to bonding with other characters in the game. To strengthen the bonds between the protagonists and their companions, it’s required to undertake special character-driven quests that really flesh out the already deep storyline in Scarlet Nexus. 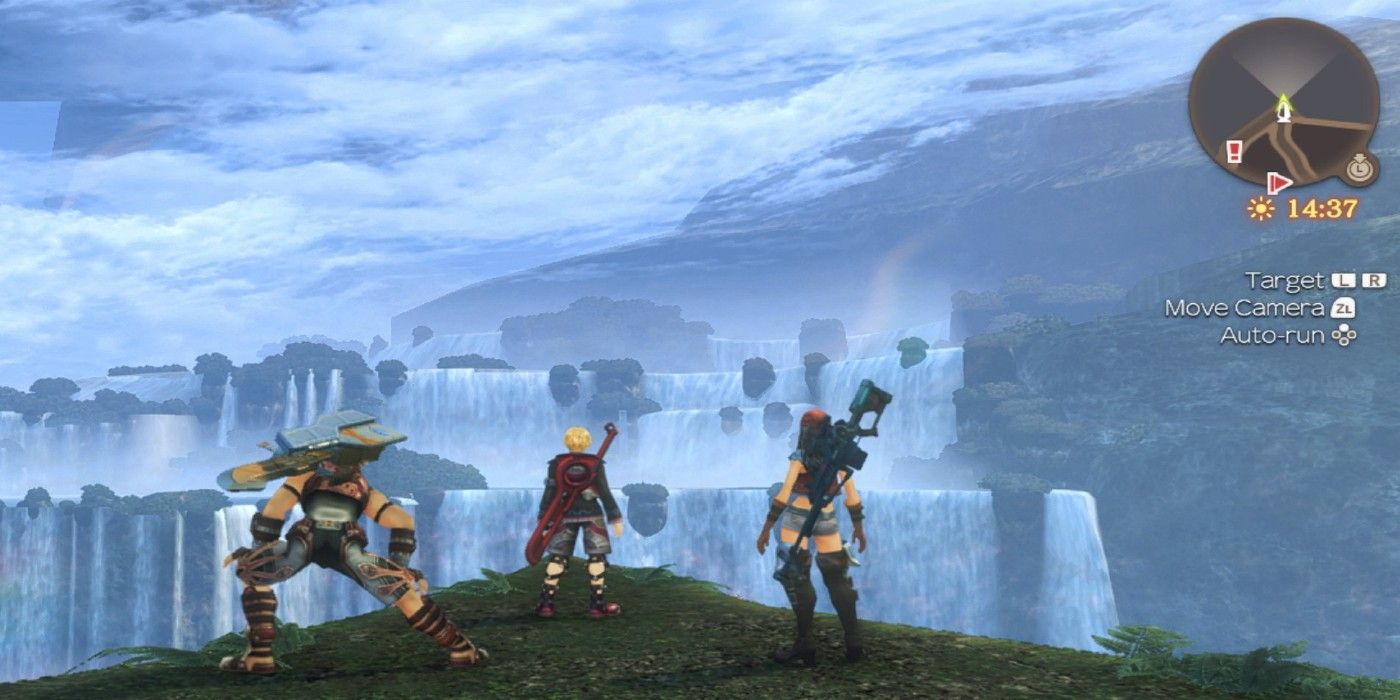 Released over a decade ago on the Wii, Xenoblade Chronicles is a modern classic from the makers of the much loved Xenogears and Xenosaga trilogy on the PS1 and PS2, respectively. Although it wasn’t as complex as its predecessors, Xenoblade Chronicles showed just how good the genre can be at telling great character stories.

The protagonist Shulk has an amazing journey of his own but it’s the characters that surround him that make the story what it is. Motivations are very rarely black and white, and the game’s story constantly finds ways to surprise even the most hardened JRPG fan. 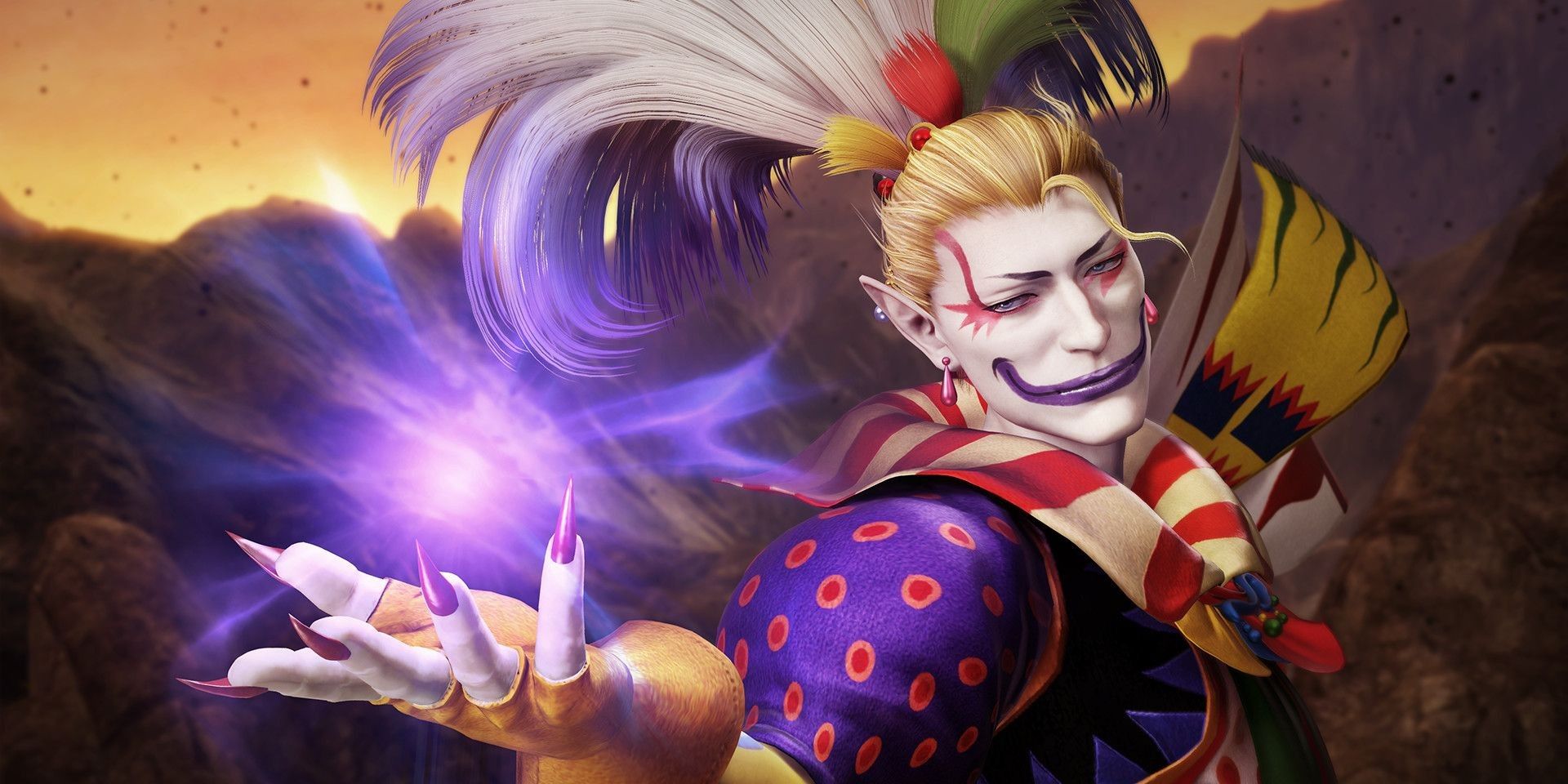 First released on the SNES back in 1996, Final Fantasy 6 is heralded as being a title that was far ahead of its time. That’s not just because it pushed the Super Nintendo to its graphical limits but because of how endearing the characters are.

Instead of the game focusing on one main protagonist and his or her companions, Final Fantasy 6 features an ensemble cast, each of which feels important. Even though the story revolves around Terra, each of the fourteen characters in the game has their part to play. The character development in Final Fantasy 6 is arguably the best in the series.

7
Tales Of The Abyss 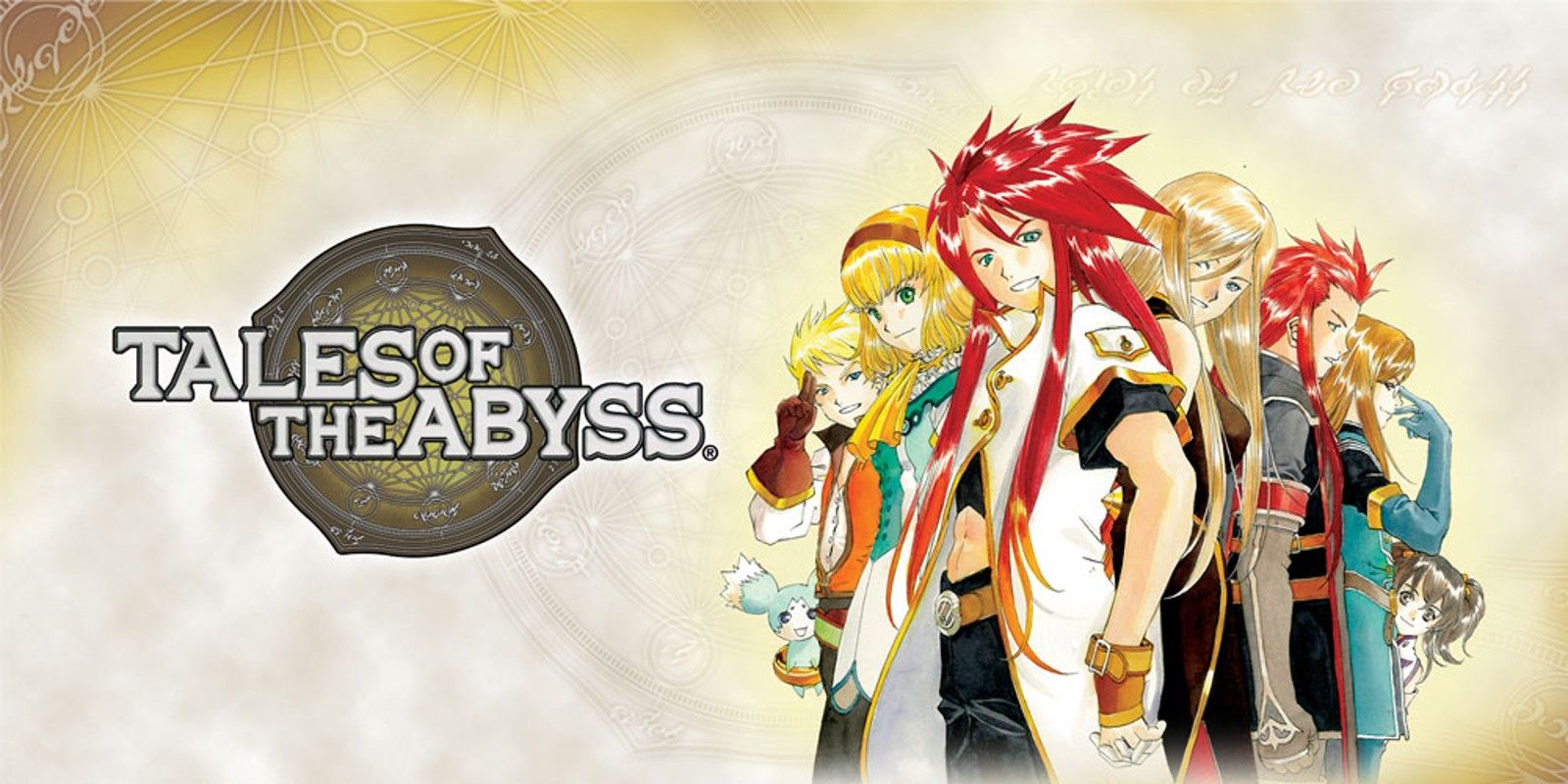 After becoming a hit on the Nintendo GameCube with Tales of Symphonia, the Tales Studio followed up with Tales of the Abyss in 2005 for the PS2. It’s a game that’s often regarded as one of the best in the series thanks to its character development.

Tales of the Abyss has a great cast of heroes and villains that help bring its world to life. Furthermore, the protagonist’s, Luke, journey from an unlikeable spoiled rich kid to a repentant hero that puts others first is masterfully told. 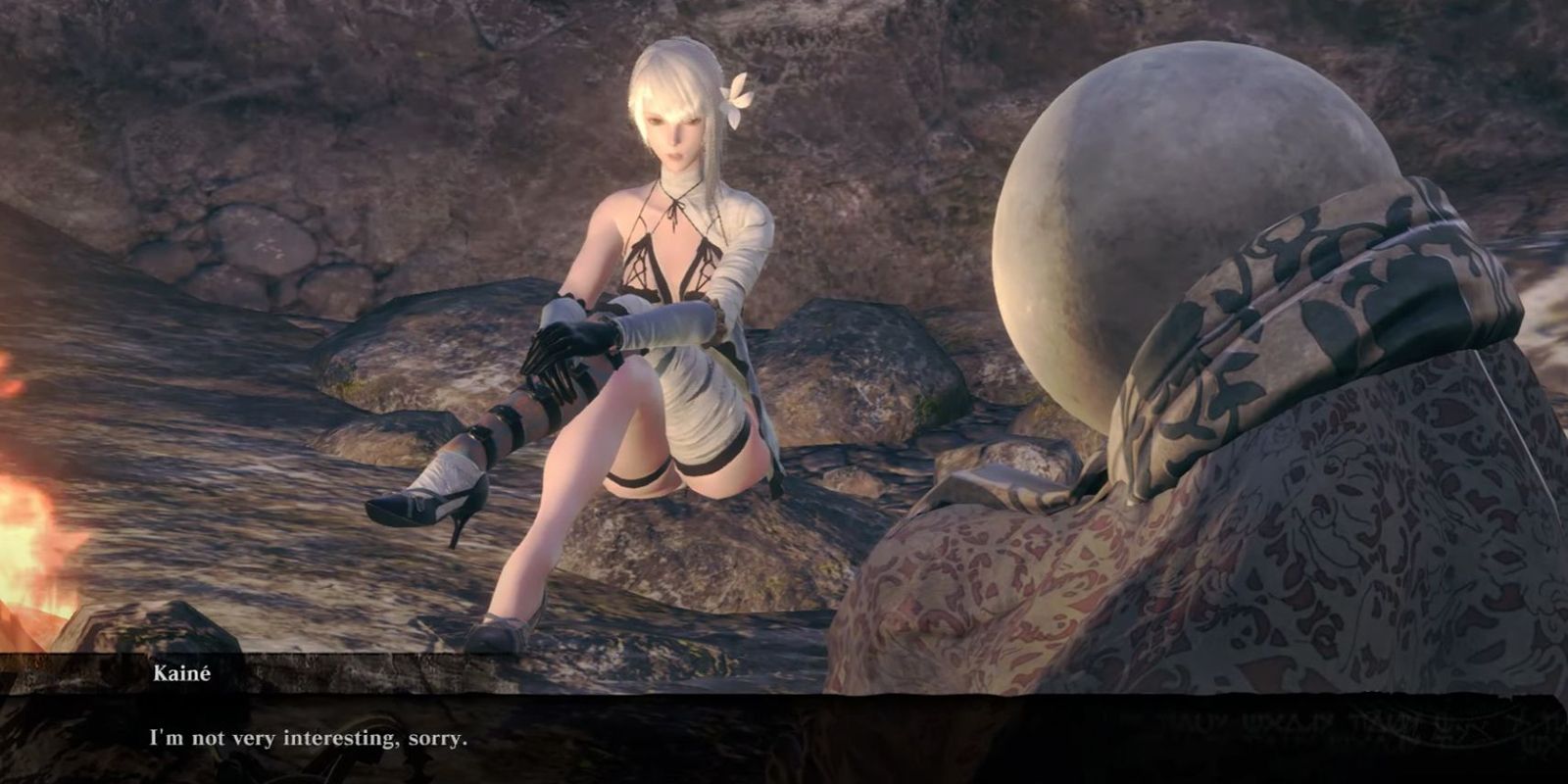 It was the sequel, Nier: Automata, that achieved mainstream success with its amazing storyline, energetic combat system, and unique characters. However, for people who want two great games with original stories and endearing protagonists, they should play Automata’s predecessor too.

For a game to be able to get its players emotionally involved with its story, it has to have strong character development, and both Nier titles have this is in spades. The Nier games are stories about humanity, sacrifice, self-discovery, and loss. 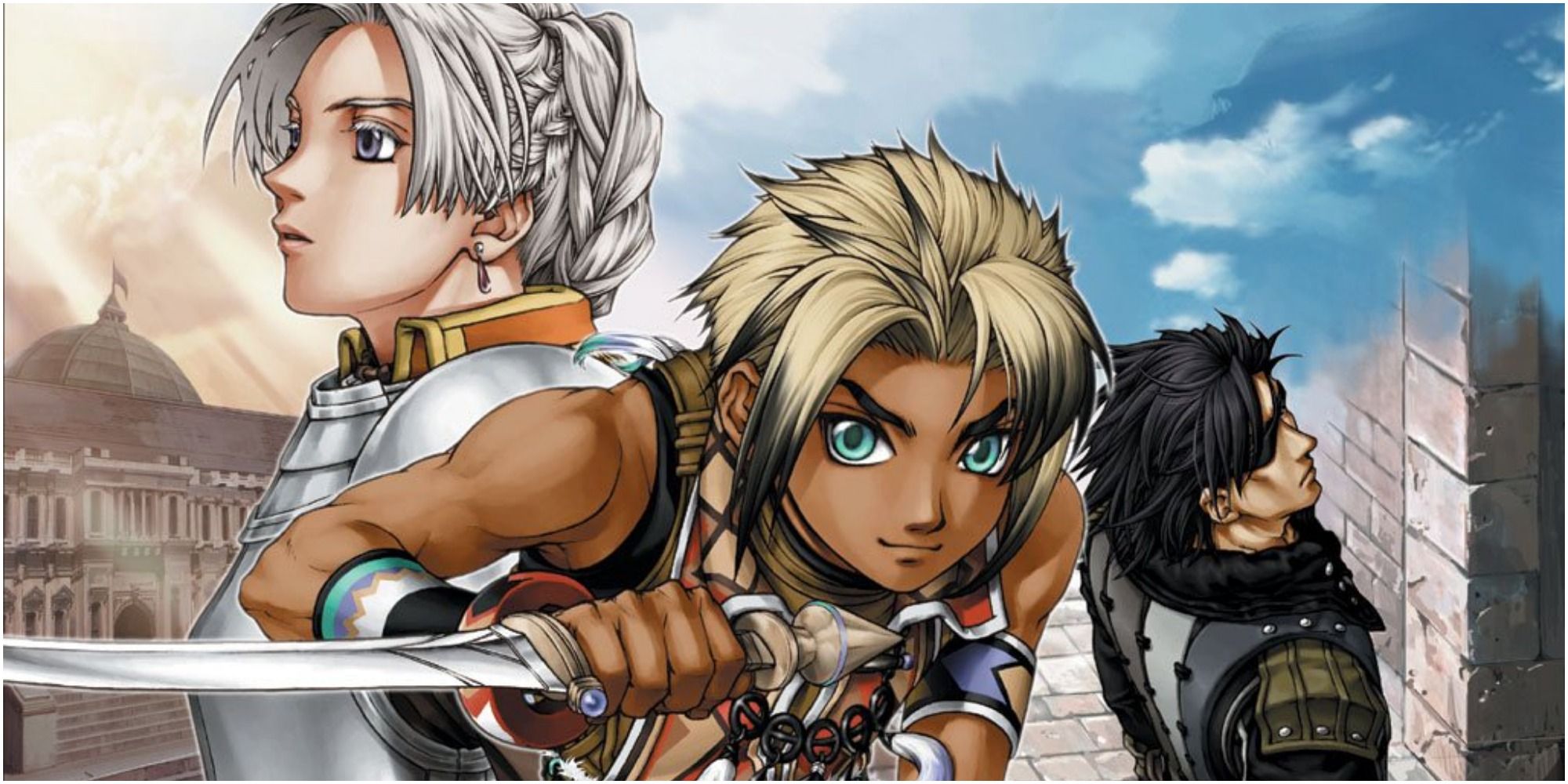 Released in 2002, Suikoden 3 was the first entry in the franchise to hit the PlayStation 2 and the first time to use 3D character models and environments. As a result, Suikoden 3 doesn’t look as timeless as its 2D predecessors but its great story and characters were way ahead of its time.

Suikoden 3’s story is told by using the Trinity Sight system. It was a mechanic that was unique at its time and told the narrative through the eyes of its three main protagonists as their stories came together to form a whole. 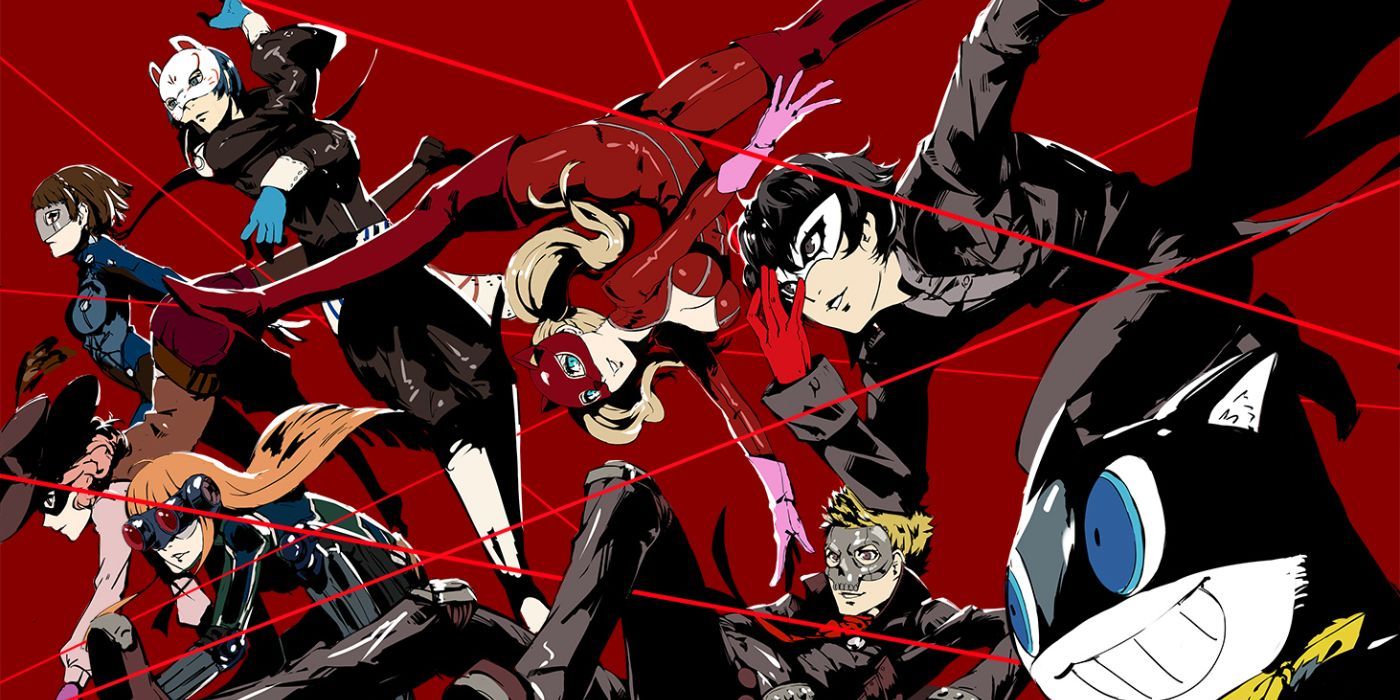 Released in 2017, Persona 5 is a traditional JRPG set in modern-day Japan. As with its predecessors, you step into the shoes of a new high school student trying to fit and navigate cliques and form new friendships.

Of course, there’s a supernatural mystery to unravel as you proceed through the game’s storyline, but it’s the bonds of friendship that need to be formed that make this adventure such an interesting one. These bonds then directly tie into the characters’ actions on the battlefield. 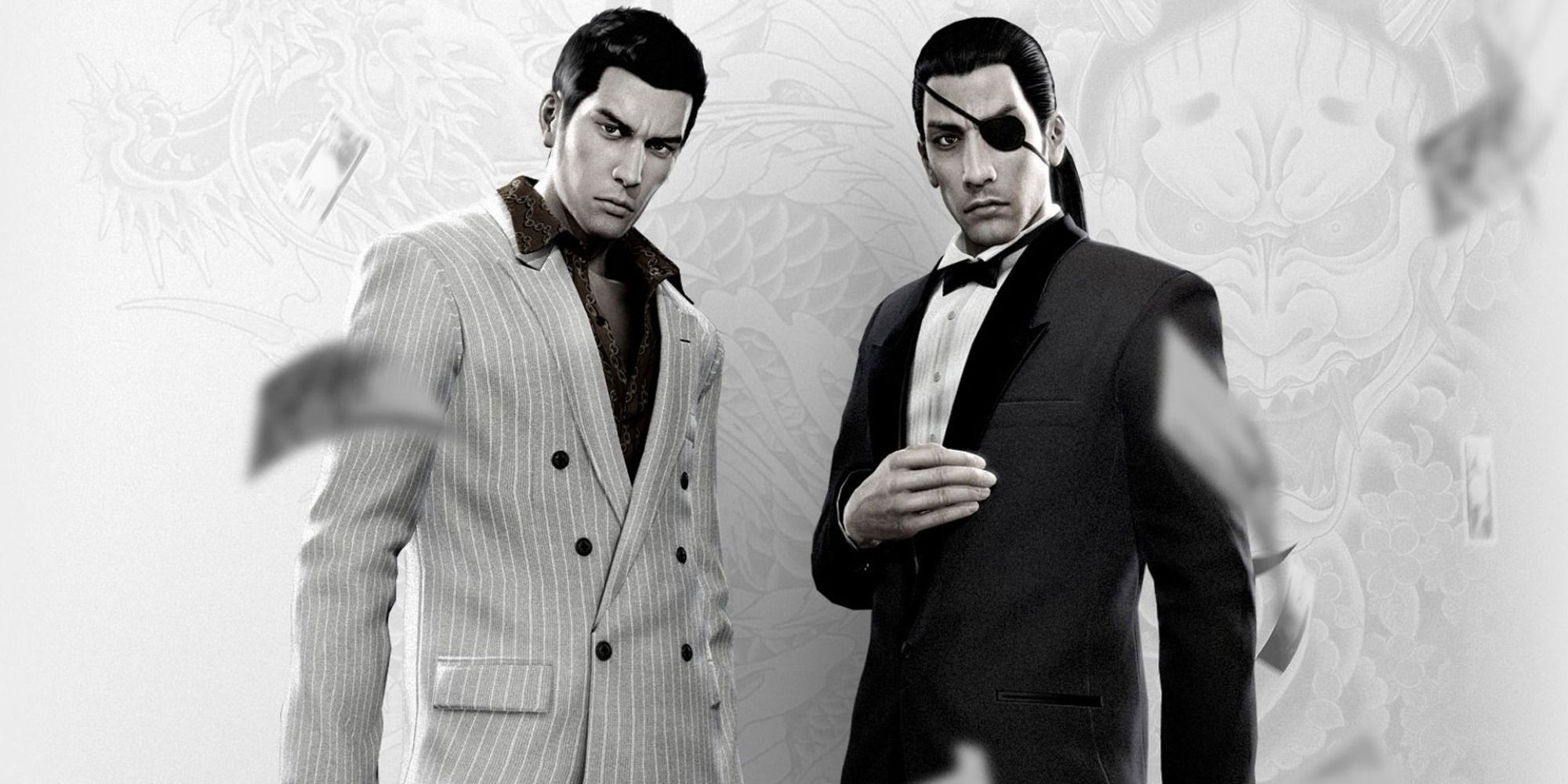 First released on the PS2 in 2005, Yakuza combined traditional exploration, NPCs, and elements of Sega’s Shenmue series into one of the most unique action RPGs of all time. The first seven games, which include the prequel Yakuza 0, center around a former member of the Yakuza called Kiryu Kazama.

Each game stands on its own perfectly well with outstanding character development and amazing protagonists. However, when played as a whole, you really get to see Kiryu’s growth and his path of redemption. Yakuza: Like a Dragon, the most recent main entry, switches things around by converting to turn-based combat and introducing a new protagonist. 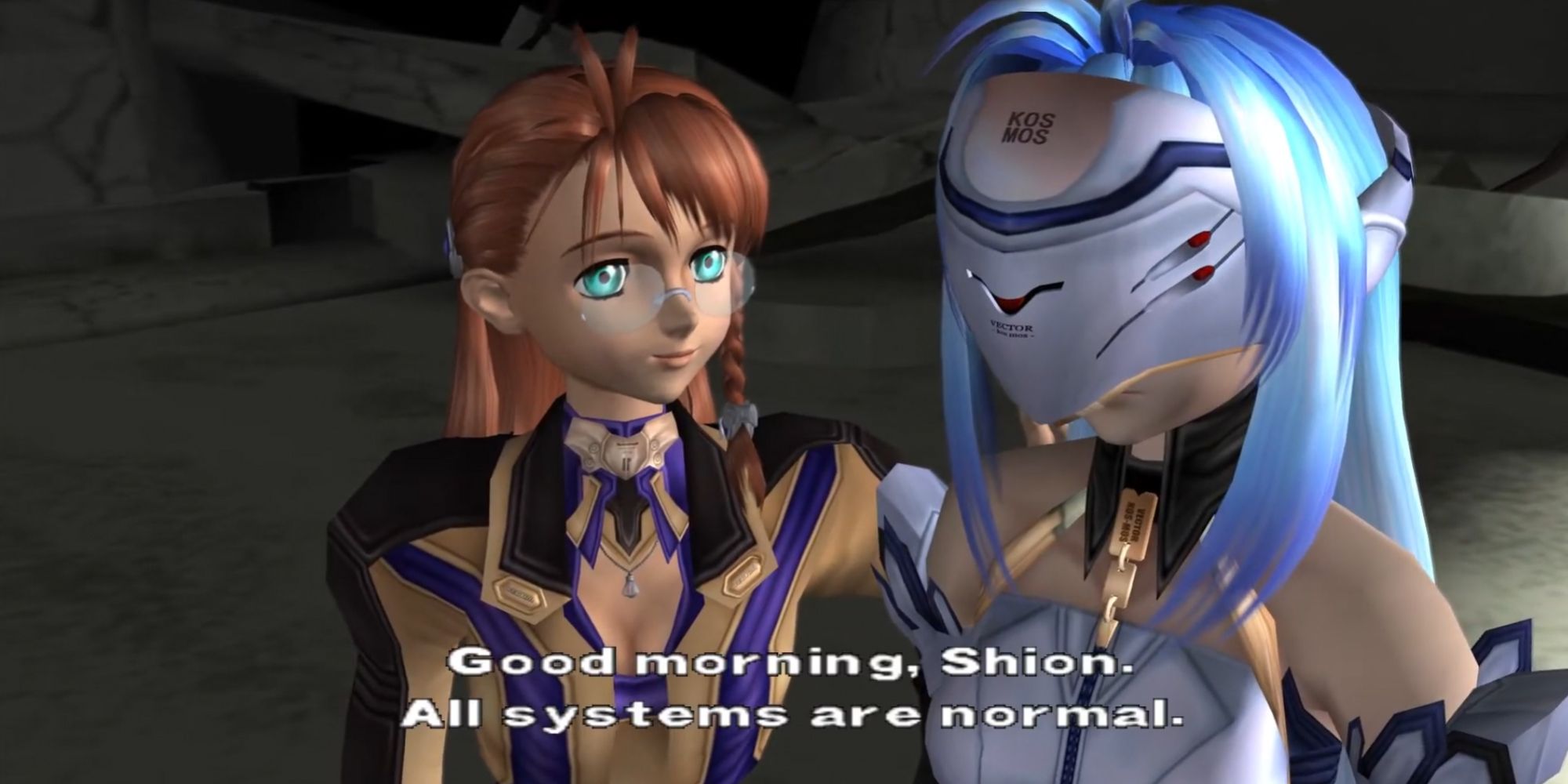 Developed by the same team that created the iconic Xenogears for the PS1, the Xenosaga trilogy is arguably more ambitious than its predecessor. It’s science fiction space opera that’s fairly linear as a whole but its universe and amazing characters will draw you in.

Each character in the series gets their chance to shine, with memorable standouts being Junior and Albedo. The Xenosaga trilogy is incredibly complex and ambitious, and its characters are equally so. 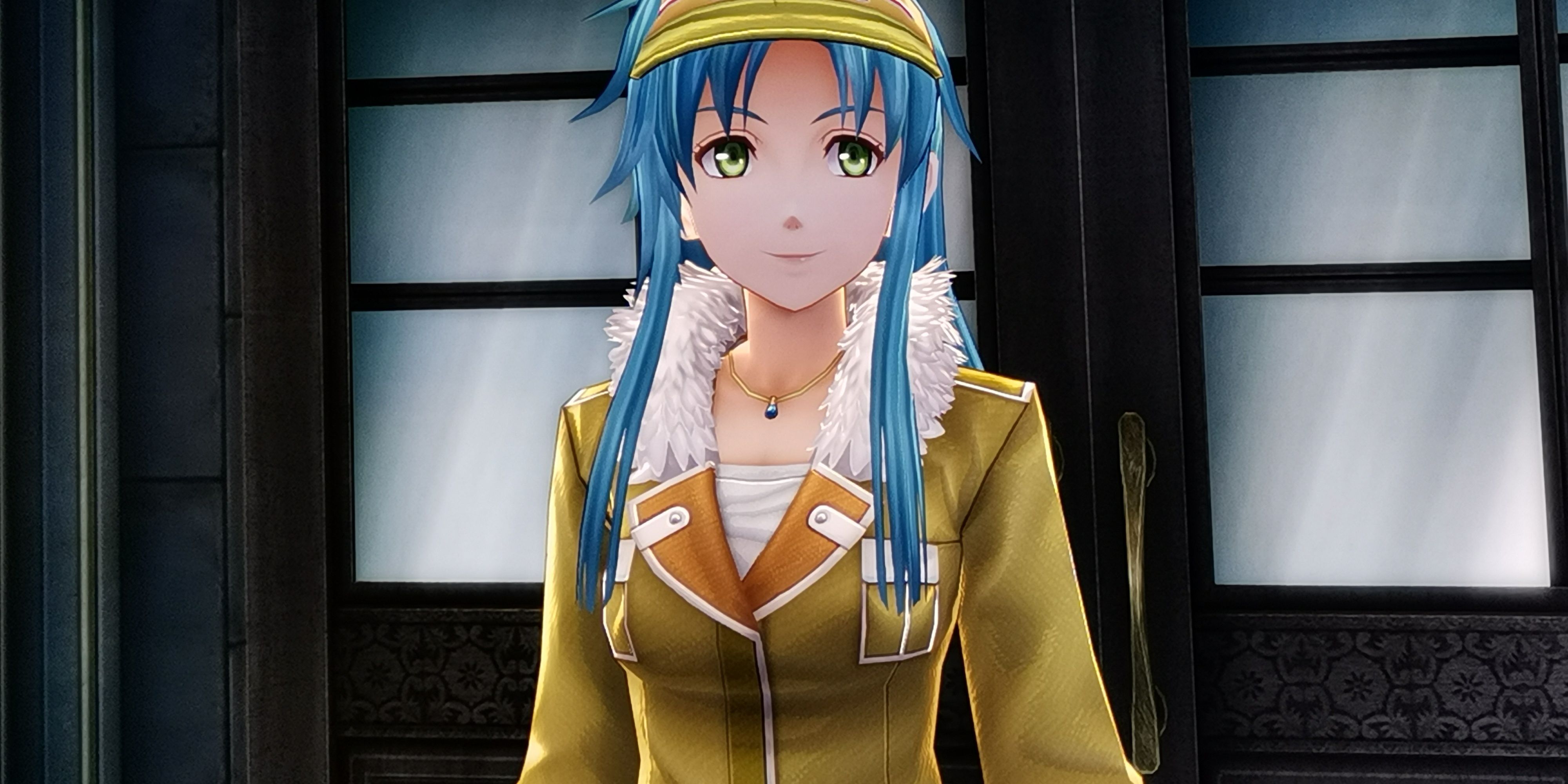 When it comes to ambitious storytelling and world-building there is no series that can quite match The Legend of Heroes’ Trails saga that extends over several games. Western JRPG fans got the Trails in the Sky trilogy and the four games in the Trails of Cold Steel series.

These are seven very long character-driven games to dive into. However, they aren’t just vast games with interesting worlds, they are filled with characters that you will care about. The games also cleverly wove the character stories into the storyline without forcing you to undertake character quests like the Persona series. This means that the character development feels organic and natural rather than forced.

Pokemon Unite: How to play the Beta on Nintendo Switch

Pokémon Unite won’t be released until next month but players can partake in the limited beta run to provide meaningful feedback before its final release. While the beta game is only available in Japan, an […]

Mojang has announced a brand new DLC expansion for its hack & slash Minecraft Dungeons. It’s titled ‘Echoing Void’ and will be arriving on all platforms, including the Nintendo Switch, on 28th July. In this […]

Nintendo has done an incredible job with its Nintendo Switch home console/handheld hybrid. Through regular first-party releases, third-party exclusive games, and a steady stream of critically-acclaimed indies, Nintendo has built a massive library for the Switch, […]