“Cyberpunk 2077” remains popular despite its rather disastrous launch, especially on last-generation consoles.

Recent numbers have revealed that the game is still very popular on the PS4 after its most recent reinstatement on the Sony PlayStation Store, writes GameRant. It even beat a lot of beloved titles such as “GTA 5” and “FIFA” in the US, Canada, and Europe and became the best-selling game of June.

(Photo : Jaap Arriens/NurPhoto via Getty Images)
The Cyberpunk game is seen being installed on a Playstation 4 console in Warsaw, Poland on January 5, 2021. Cyberpunk 2077 was hailed as the 2020’s most anticipated game however glitches in the game’s first release led to deep disappointment with fans. After nearly a decade of hyped anticipation critics blaimed bugs in the game on mismangement within the company with investors threatening a class action suit. The large amount of serious complaints even led Sony to offer Playstation customers a refund despite this not being part of the terms of service.

This happened even after Sony issued a warning that “Cyberpunk 2077” on the PS4 could still be a bit sub-par in terms of performance. That’s because the game’s last-gen version proved to be an absolute mess due in part to negligence on developer CD Projekt Red’s part. They even admitted this themselves, according to this report by CBR.

Here is the warning issued by Sony on the game’s store page, as mentioned in an article by PCGamer:

“IMPORTANT NOTICE: Users continue to experience performance issues with this game. Purchase for use on PS4 systems is not recommended. For the best Cyberpunk experience on PlayStation, play on PS4 Pro and PS5 systems.”

As a result, the game was taken down from the PlayStation Store almost immediately after its release in December 2020. For many, the game was so full of bugs it was basically unplayable. “Cyberpunk” on PS4 eventually became the subject of a lot of jokes from the gaming community. And it sent CD Projekt Red on a downward spiral of bad luck, which included a cyberattack that stole critical data.

‘Cyberpunk 2077’: Are The Troubles Finally Done?

To say that “Cyberpunk” on PS4 was troubled is a massive understatement. But a recent wave of patches did fix a lot of things that were broken in the game. According to CDPR, the game is now at a “satisfactory state” because of the patches they released over the past few months.

“Cyberpunk 2077”, despite being delisted in the past, however, still remained quite the bestseller. In fact, its delisting on the Sony PlayStation Store helped improve its sales on other platforms. It sold pretty well on PC, for example. The game also ran way better there, mainly because modern gaming PCs now far outpace the capabilities of the PS4.

What’s Next for ‘Cyberpunk’ On PS4?

Gamers are still waiting for a potential “next big patch” even if CDPR already said that “Cyberpunk 2077” is at a satisfactory state according to their tastes. There are also numerous moves indicating that the studio will continue reworking the game, after they previously announced that they won’t give up on it. 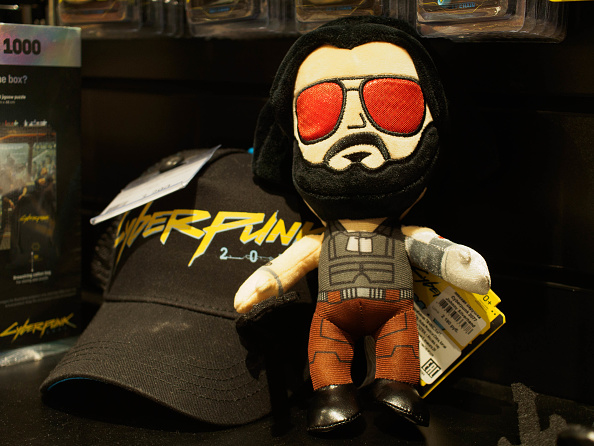 (Photo : Alexander Sayganov/SOPA Images/LightRocket via Getty Images)
MOSCOW, RUSSIA – 2020/12/10: Cap with game logo and Johnny Silverhand seen on display. Cyberpunk 2077 is a 2020 action role-playing video game on sale worldwide. In Russia it has become the most anticipated game in 2020.

Perhaps people still find some good things about the game despite its terrible launch. That might be the reason why it still sells even on the most technically inferior platform it’s on. But if there’s a recommendation that needs to be made, the best system to play “Cyberpunk 2077” on is the PC, where it performs relatively well, and the visuals really stand out.

ⓒ 2021 TECHTIMES.com All rights reserved. Do not reproduce without permission.

Vampires have come to the otaku mecca of Akibahara, and it’s up to you to undress them. You read that right. Akiba’s Trip: Hellbound and Debriefed is all about undressing the undead to expose them to the […]

What are the best anime games on PS4? With this list, we wanted to highlight our favourite licensed anime titles, available on PlayStation 4 (and PlayStation 5 via backwards compatibility). Now, the reason we say […]

SNK has confirmed The King of Fighters XV will be coming to PlayStation 5 and PlayStation 4 when it is released during the first quarter of 2022, as well as Xbox Series X/S, Windows 10, […]