The Wii isn’t exactly a console most will remember as a Final Fantasy-supported platform. In this generation, the PS3 and even the Xbox 360 were the key systems for the franchise. The Wii did have almost all of the Nintendo classic releases such as Final Fantasy III, aka Final Fantasy VI, ported to the Virtual Console.

Releases like those shouldn’t count as they are just ports, so nothing new was added to them to make them be considered Wii games. Discounting ports like that, there were seven spinoff games in the Final Fantasy series released on Wii. Some of them were and still are exclusive, trapped on the hardware, while some went elsewhere. 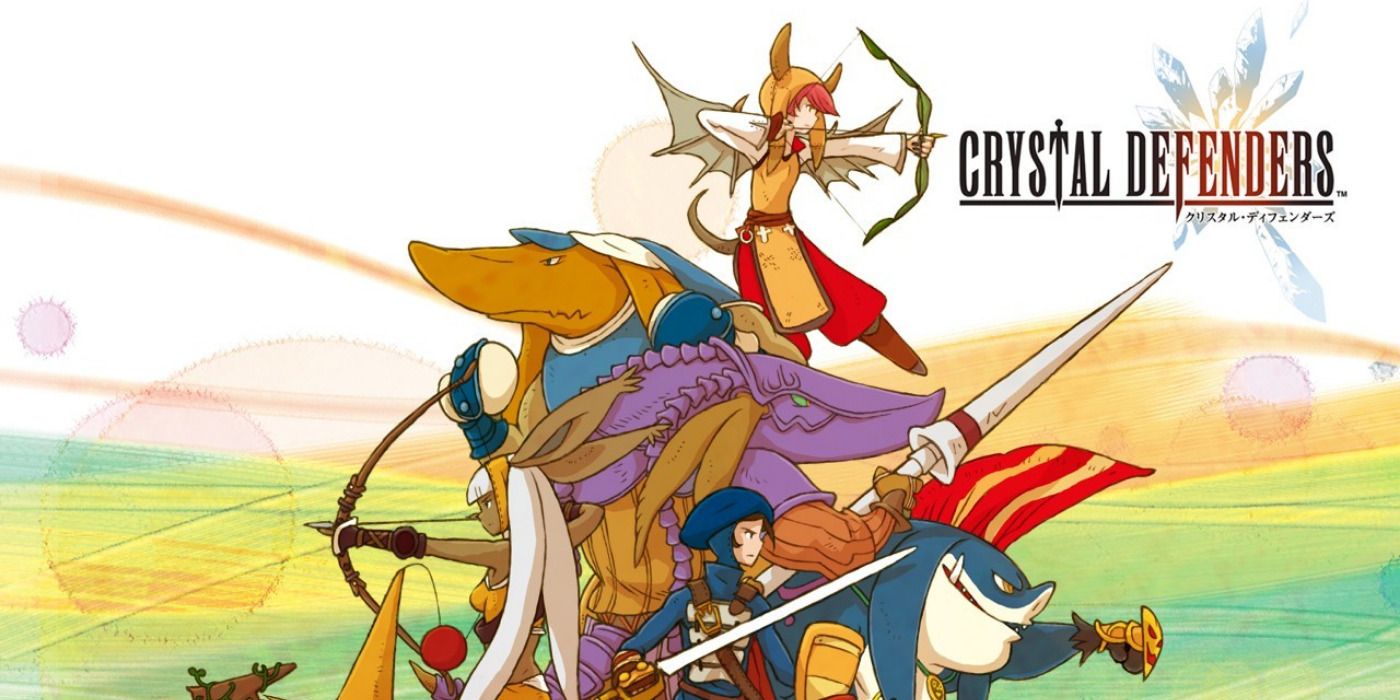 In 2008, Crystal Guardians released in three separate parts for mobile devices in Japan. In 2009, the game made it to the West via a plethora of digital stores including the Wii’s WiiWare section in the eShop. The art style is taken right from Final Fantasy Tactics Advance but the gameplay is much different.

It’s a tower-defense game wherein players must buy soldiers in order to defend a crystal from invading monsters. It was a unique genre to chase for the series, but ultimately a forgettable title. It can still be played relatively easily today thanks to numerous ports and updates.

6 Final Fantasy IV: The After Years 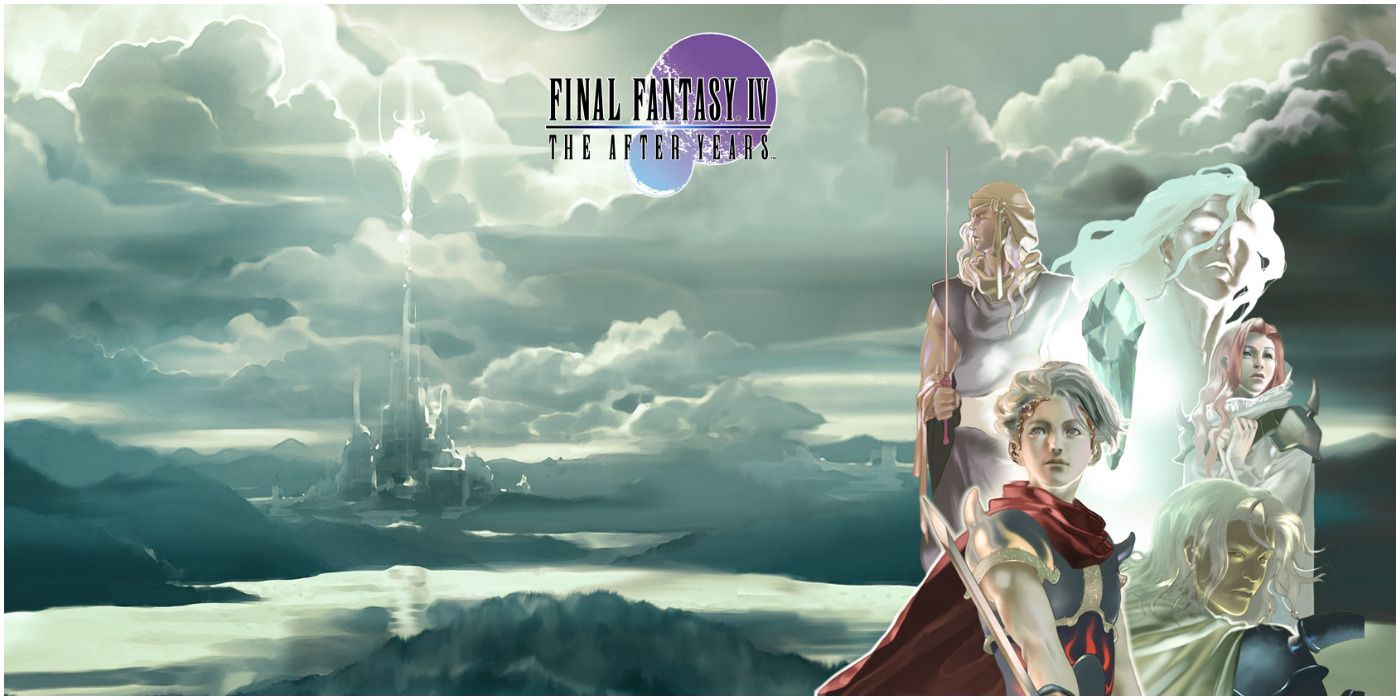 Final Fantasy IV: The After Years took place after the original game’s story ended. It now starred children from the original cast out on a new adventure which was still a novel concept for the series. It originally released in 2008 for mobile devices in Japan only.

It would hit the North American WiiWare shop in 2009. The After Years is a cute side story that acts more like fan fiction and so it is not a must-play continuation for fans of the SNES original. This game was added into various ports and collections of Final Fantasy IV after the WiiWare version.

5 Final Fantasy Crystal Chronicles: My Life As A Darklord 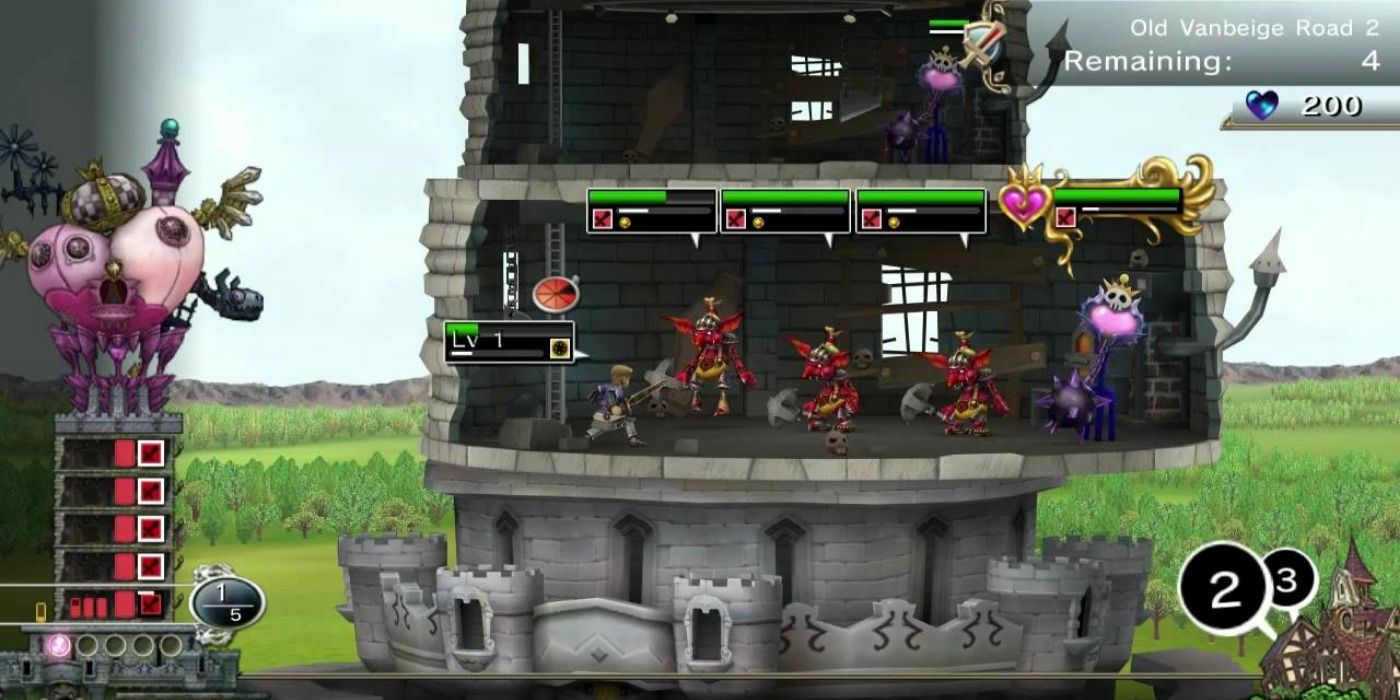 Final Fantasy Crystal Chronicles: My Life as a Darklord is another tower-defense game. It released as a WiiWare title in 2009. It is a sequel and/or spinoff to another game on the list, which will be elaborated upon later.

My Life as a Darklord is a much more involved game than Crystal Defenders as players must guard a tower against invading heroes. The game never made it off of the Wii either. 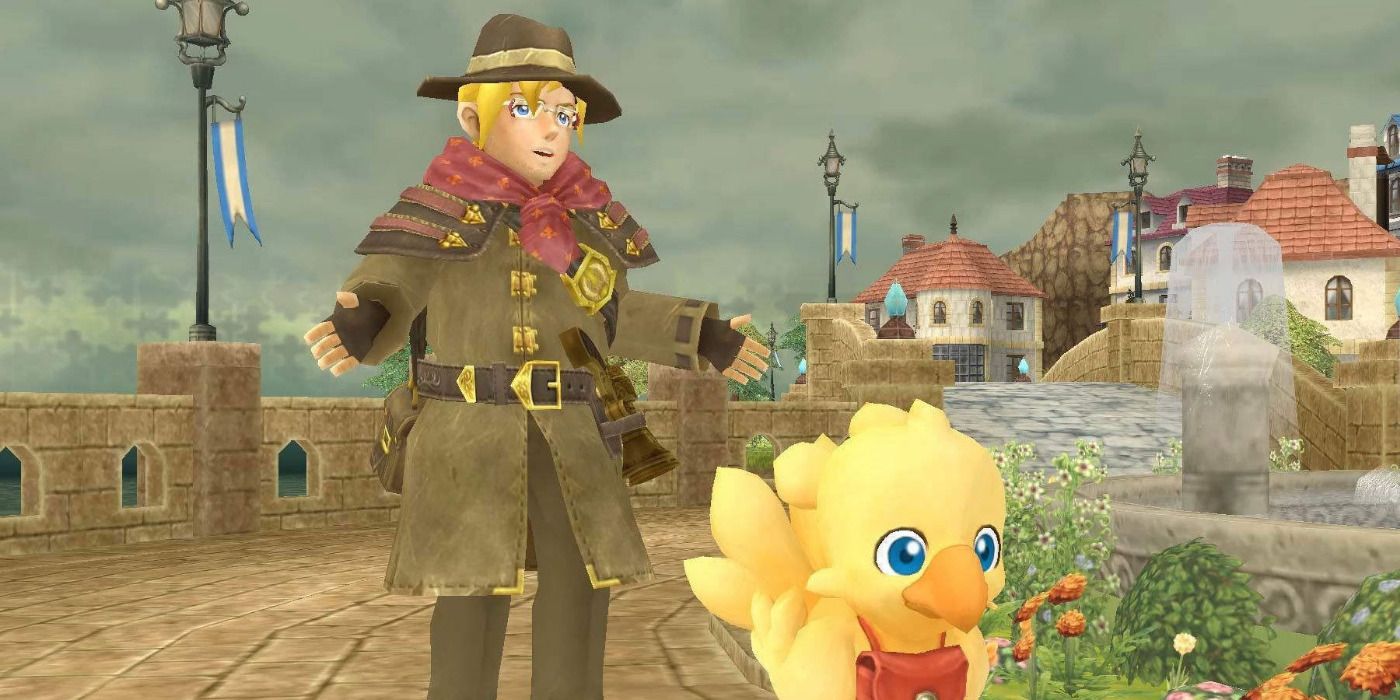 Final Fantasy Fables: Chocobo’s Dungeon is the third entry in this roguelike Chocobo series. The previous game was released in 1999 for the PS1 in North America, with Chocobo’s Dungeon being a 2008 release in the same region. Almost a decade is a long time to wait for a sequel and fans have been waiting just as long for another follow-up since this release is currently the last game in the franchise.

Chocobo’s Dungeon did get a remaster in 2019, making it the easiest game to play today. Besides that version, it might be interesting to know that the DS got a port of this game in 2008 but only in Japan. Like other roguelikes, players control Chocobo in a series of dungeons filled with treasure, traps, and monsters. 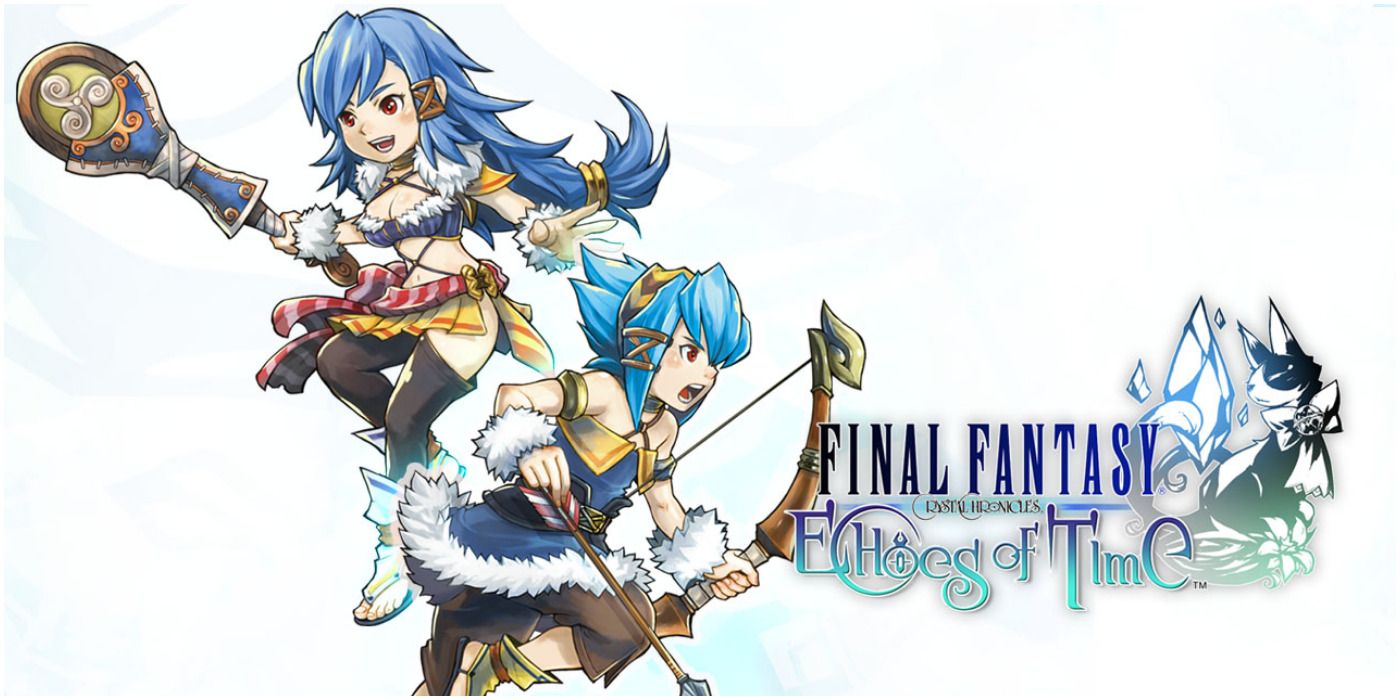 Final Fantasy Crystal Chronicles: Echoes of Time is the third and final new release in this multiplayer action RPG spinoff series. It released for both the Wii and DS in 2009. Most games that do a simultaneous release like this usually have the console version being better than the portable version, at least visually.

The Wii game looks almost exactly like the DS version, so it is more like a version that people can play on a TV. Because of this, it was not well-reviewed for Wii but the DS version did get a moderate amount of praise. The games also support crossplay. 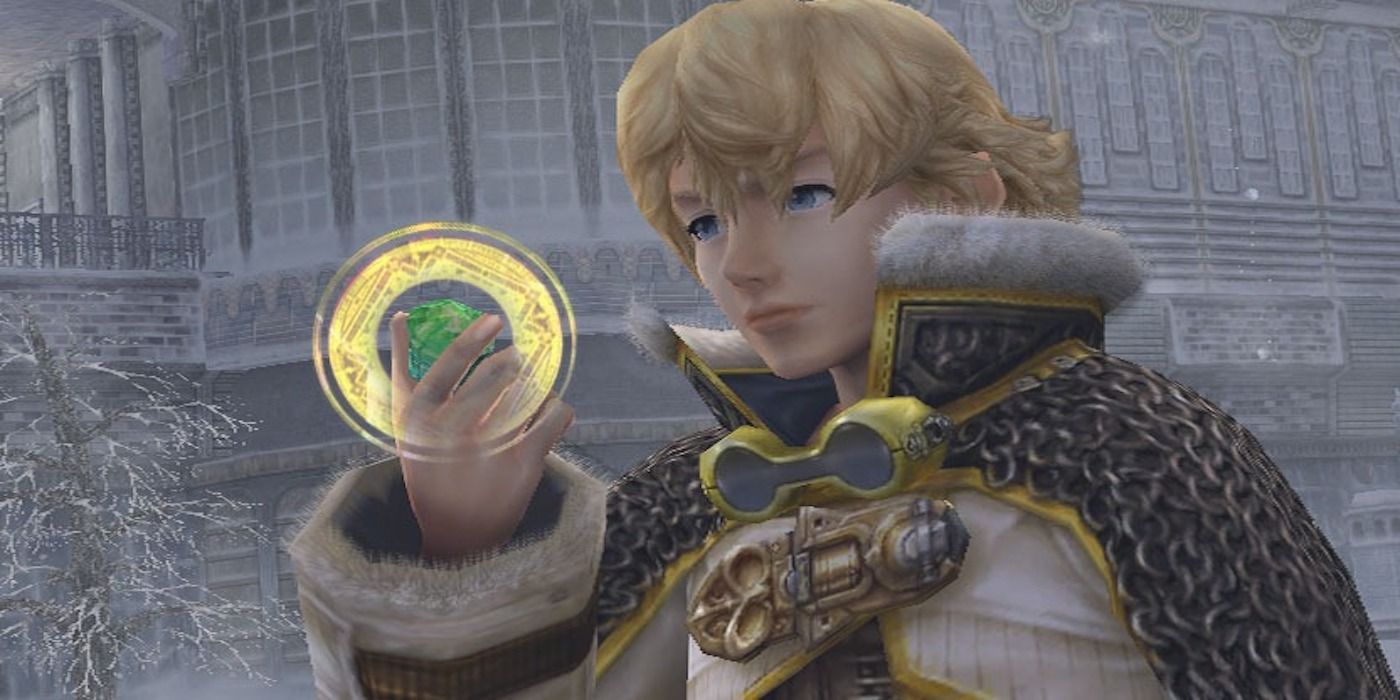 Final Fantasy Crystal Chronicles: The Crystal Bearers might be the most unique game in this sub-series. Instead of focusing on multiplayer, it is a solo adventure. It’s an action RPG but also doesn’t feature typical combat from the previous games. Players gain control of what basically amounts to telepathy.

Instead of punching enemies directly, players use motion controls to grab objects to hurl at foes. On paper, this all sounded great and the overall scope of the game was ambitious. It was perhaps far too ambitious for a Wii game as the hardware and controller lacked the power and precision needed to make the title an outstanding one. As it stands now it has never left the system.

1 Final Fantasy Crystal Chronicles: My Life As A King 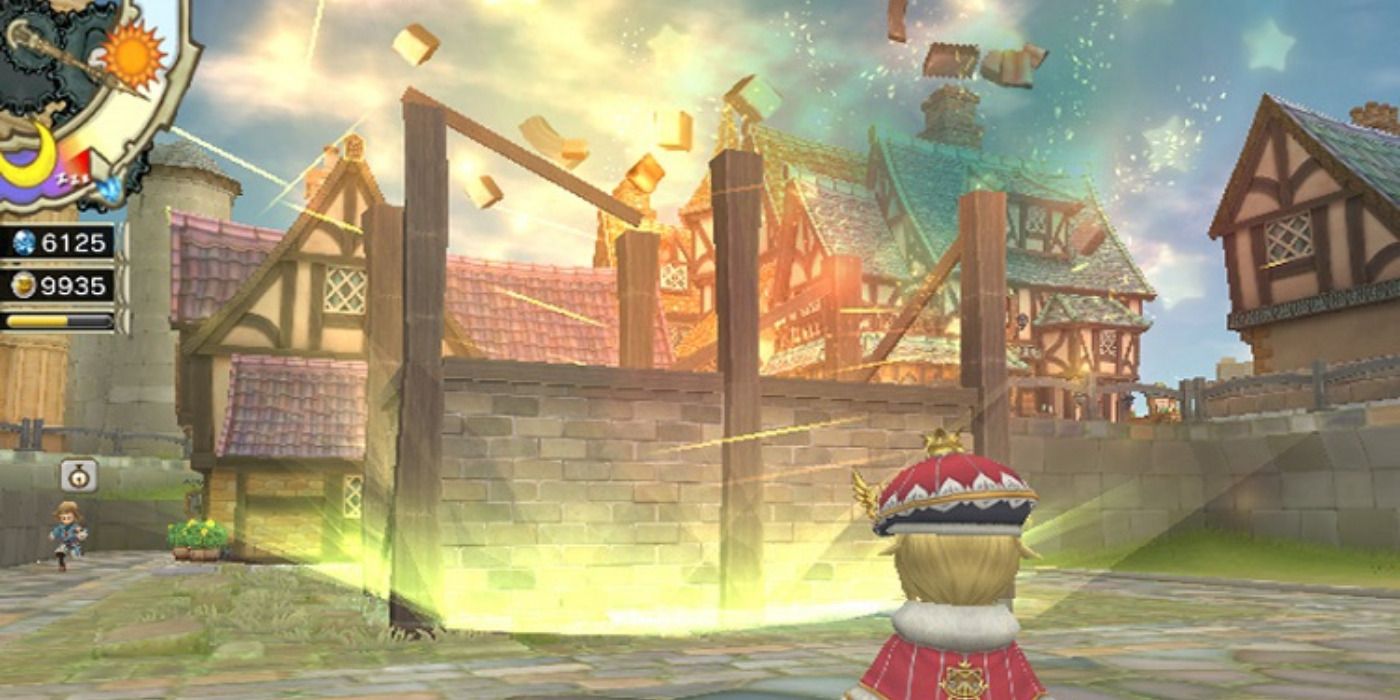 Final Fantasy Crystal Chronicles: My Life as a King is the first in what amounted to two games. The previously mentioned entry was a tower-defense title. This one, a 2008 WiiWare release, was like a Final Fantasy game crossed over with SimCity. Players assumed the role of a king in a destroyed town and it is up to players to rebuild it.

There’s not much action in terms of combat that one can interact with directly. Players, as the king, instead issue orders to warriors in order to keep the peace. It’s more about being creative in the simulation. Of the two games released, this is the better of the two and one of the Wii’s most unsung darlings. Because it was, and still is, digital-only, My Life as a King is very hard to go back to now.

Are you ready to teach the mutant scum a lesson they will never forget? Blaster Master Zero is here and ready to roll out with the most retro of offerings on Xbox One and Xbox […]

Activision Blizzard employees are planning a walkout on Wednesday

Update: Blizzard senior software engineer Valentine Powell says the World of Warcraft leadership team will pay employees for the time they spend participating in Thursday’s walkout. “Our leadership on the WoW team has worked with […]

Warframe confirms Crossplay, Cross-Save is in Development for All Platforms

Warframe is adding crossplay across all platforms, meaning you’ll be able to enjoy the uber-popular free-to-play shooter across PlayStation 5, PS4, Xbox Series X|S, Xbox One, Nintendo Switch, and PC. A smartphone version has also […]