Skyward Sword HD is very similar to the original title. But some things were changed around for the sake of improving the game.

What’s new in The Legend of Zelda: Skyward Sword HD? That’s the big question. The original version launched in 2011 on the Wii. It focused on motion controls and was one of the system’s last big launches before Nintendo moved on to the Wii U in 2012.

Going back to that version now is near impossible which is why this remaster on Switch is great. It may not fix everything fans wanted, but it does enough to make it easier to enjoy. Let’s break down every major and minor change in Skyward Sword HD to help players decide if the game is worth picking up again. 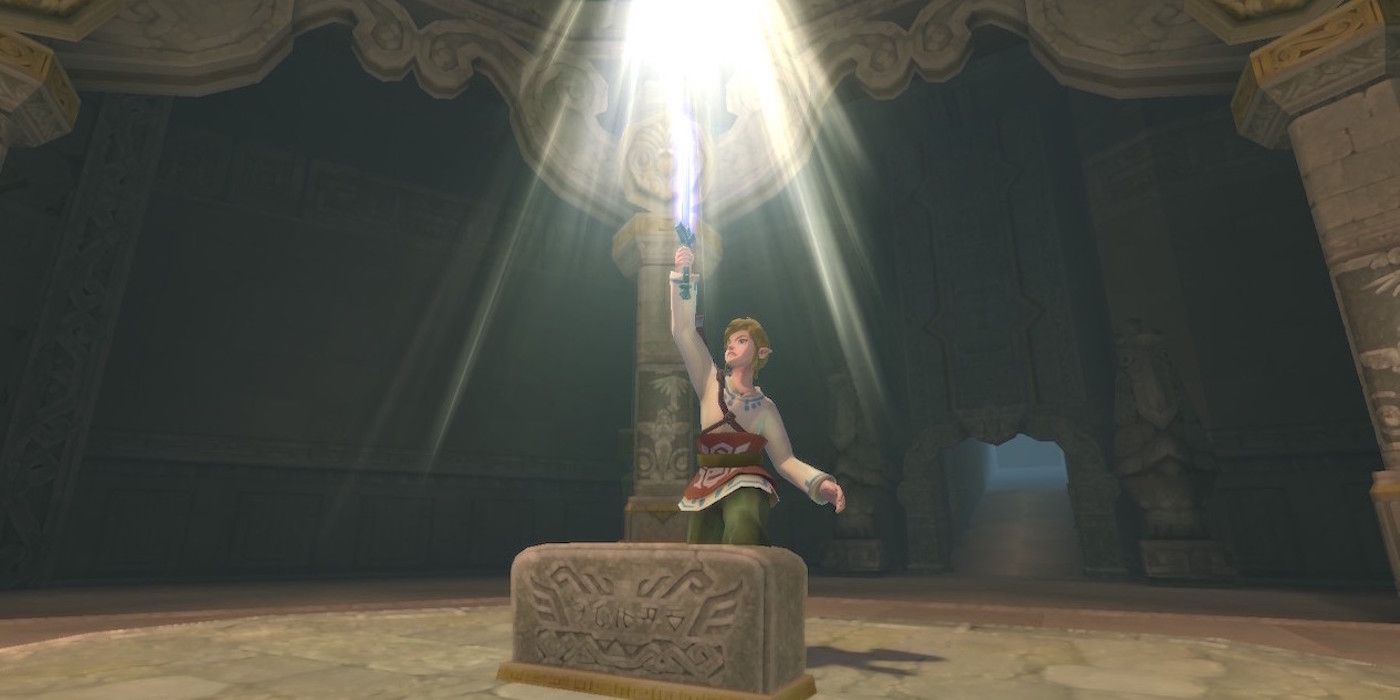 Skyward Sword HD started as a motion-controlled exclusive title on the Wii. The Wii version of Twilight Princess had these controls too, but they weren’t as integrated. For Skyward Sword, this meant that all actions, from steering the Loftwing to swinging the sword, had to be conducted using the Wii Remote. It was an interesting gimmick with the idea being that it would immerse players more. To some degree this was true, but the Wii’s motion controls were not perfect.

That control scheme returns in the Switch game but the functionality of the Joy-Cons makes it easier to play. There is also a completely new setup so that no motion controls are needed whatsoever. Swinging the sword is instead added onto the right analog stick. Most motion-based movements were moved to that stick in fact. One other revision they adjusted to the control scheme is full camera movement.

It was more stagnant in the Wii game, although there were ways to look around. The problem is players need to hold down the L button on the Switch controller while in the non-motion mode which is clunky. It’s not the most effective setup. Some fans might have preferred if Nintendo redid the entire thing to make it more like a classic entry in the series. But fans should appreciate Nintendo trying to address the issue. 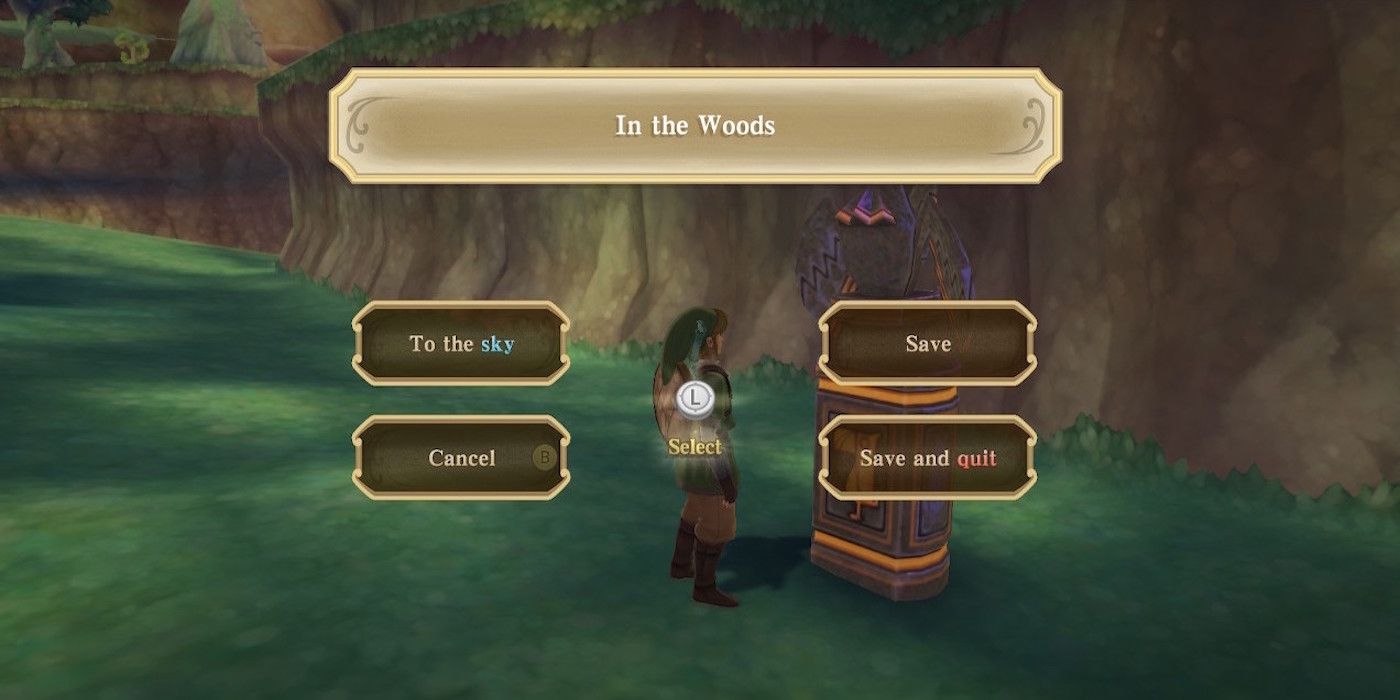 Most entries in the Zelda series have three save slots. These save slots were locked into that one player’s game. Players could not use all three for one file as they can in other games. The one that changed this trend was Breath of the Wild. This was true for a lot of elements of that game although to Skyward Sword HD’s credit, it did pave the way for a few ideas like the Sailcloth.

In this HD version of Skyward Sword, players can now save one game on all three files. There is even an autosave feature to give players an extra checkpoint if they haven’t been paying attention to save statues. It would have been nice to get more than the standard three slots in the series, but the fix Nintendo added is better than nothing. 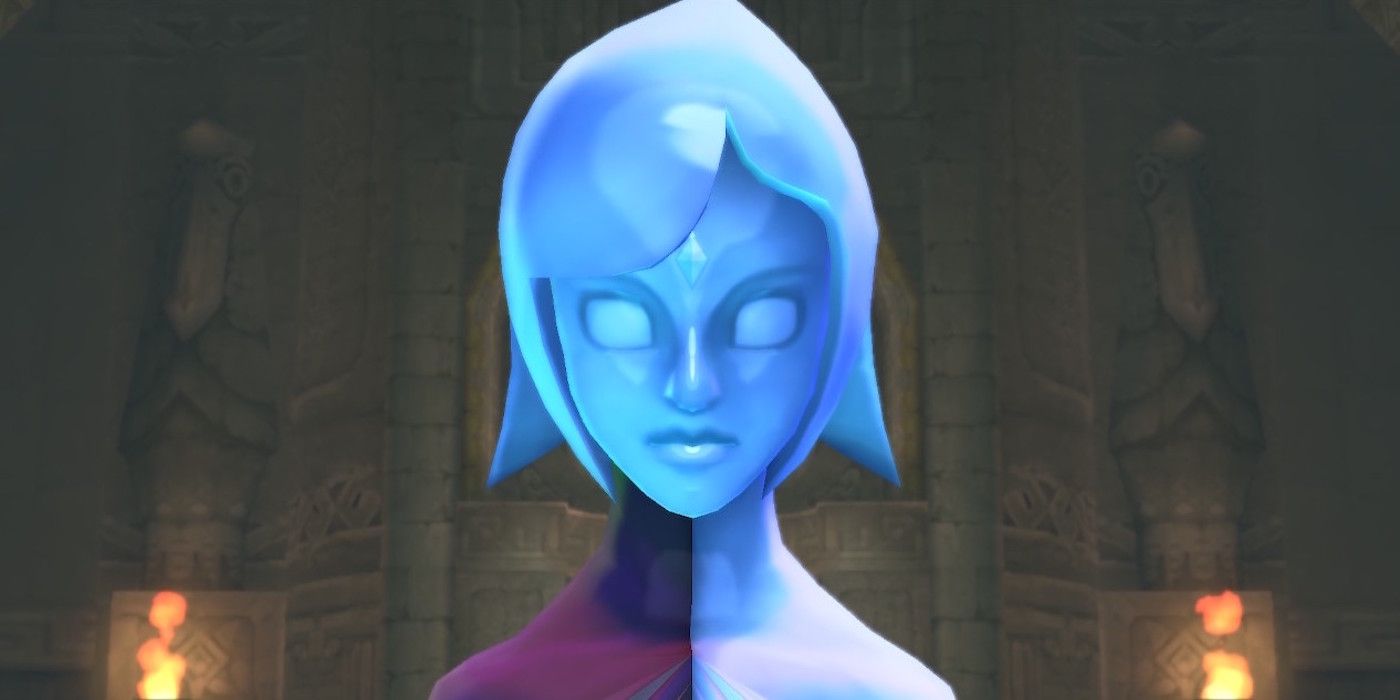 One of the most disliked aspects of Skyward Sword’s Wii release was Fi. It’s not that Fi was a bad character for the series. It’s just that she was always omnipresent, interrupting the player at every corner. Navi did this a lot too as the first AI companion in the series in Ocarina of Time.

At least in that game players could often choose whether to “Listen!” or not. That was not the case with Fi but that has been rectified in Skyward Sword HD. Players can now tone her interruptions down along by asking her for advice if they want it. It’s the way the game should have been in the first place.  Coinciding with that, Skyward Sword HD also used to slowly recap what players would find in the environment, from maps to rupees. This is no longer the case as Skyward Sword HD only acknowledges these new findings once which does speed the game along. 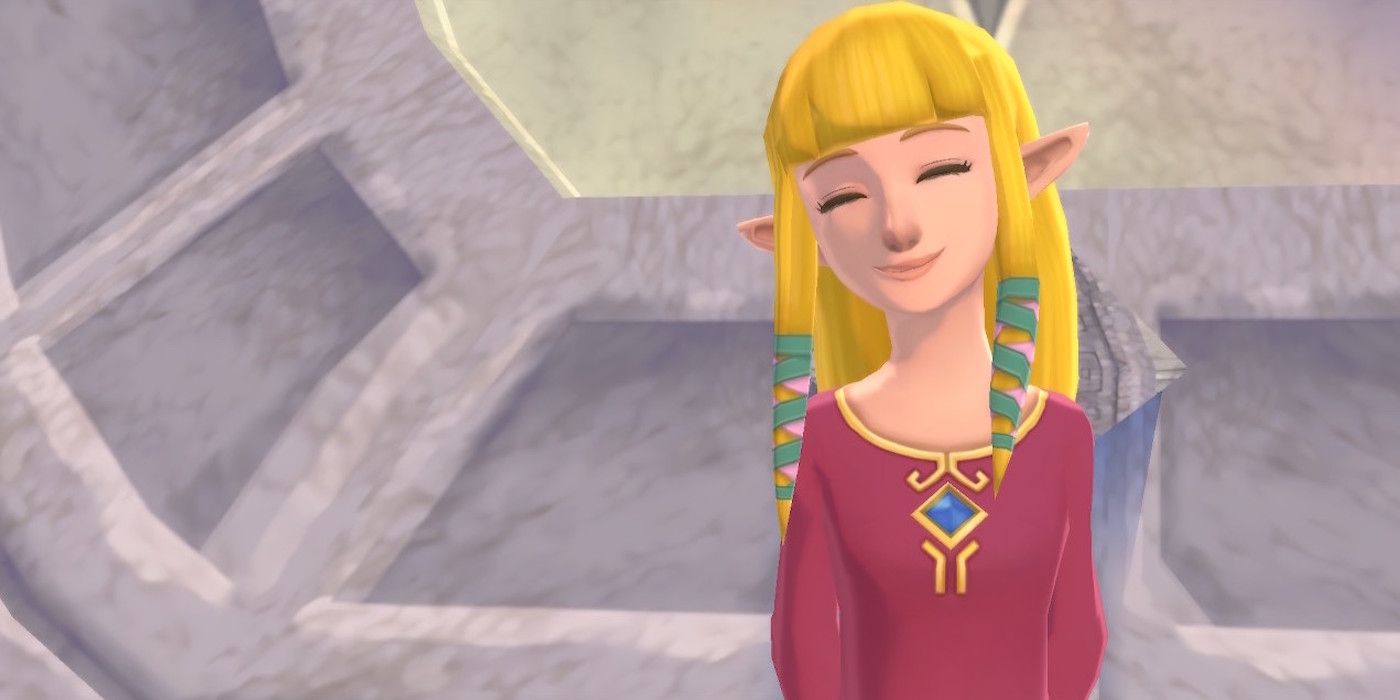 Another aspect changed to make the game go by quicker is a skip button for cutscenes. This may be the second time players are going through this game and they may not want to watch every cutscene again. All players have to do is hit the select button.

Dialogue can also be read through faster. There is a snag to these changes as not all cutscenes can be skipped and not all dialogue text can be fast-forwarded. Why this is the case is unclear, but the changes that are present are much appreciated. 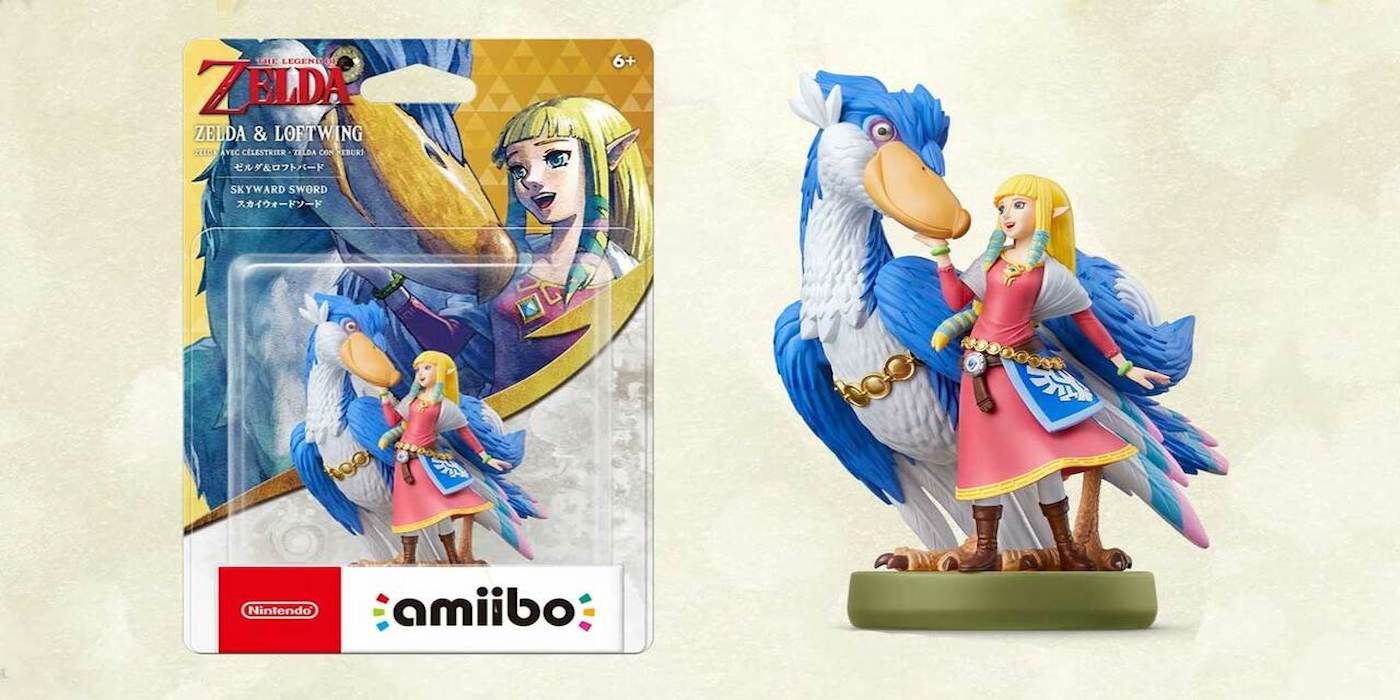 Most Switch releases implement Amiibo support in one form or another. In Breath of the Wild, nearly every Amiibo would give the player something, from money bonuses to cooking ingredients. Specific Zelda Amiibos from the series would also grant one-time bonuses like outfits from other entries in the series.  Skyward Sword HD supports Amiibo as well, but only one. That would be the new Loftwing and Zelda Amiibo. One is not as good as ten, twenty, thirty, or more, but what this Amiibo does is very special. So special in fact that it has a lot of Nintendo fans in an uproar.

The big gimmick of this game, besides the previous motion controls, is that Link travels between the sky and the surface. Certain save statues in Skyward Sword HD can warp Link into the sky. Then, when players want to land again, they can choose which statue they wish to go to. It’s not the most perfect fast travel system but it is better than nothing. It’s certainly more than what other games in the series offer.

The Loftwing and Zelda Amiibo makes it so players can warp into the sky at most points in Skyward Sword HD. This includes dungeons. Then, when players want to return to the surface, the Amiibo will warp them back to that exact spot. No statues are needed. It is overpowered in a way but is also very rare. Nintendo didn’t make a lot of them and there are shipping issues across the globe.

The last new entry in the Star Fox series (excluding Star Fox 2) was Star Fox Zero for the Wii U in 2016.As you might recall, it didn’t have quite the impact Nintendo was hoping […]

When I first watched the gameplay trailer for Let’s Cook Together it instantly reminded me of the adverts for the Nintendo Wii in the early days. Why? Because I saw plenty of happy smiley families […]

Skyward Sword HD was worth the wait. The Legend of Zelda: Skyward Sword has been a divisive topic of conversation within the Zelda community ever since its original release in 2011. Some fans criticized its linearity, […]