When Bethesda released Fallout 76 back in 2018, players almost immediately began asking for private servers. And when they got those (premium) private servers in 2019, players had another request: make the servers customizable. This one’s taken longer.

Here we are in 2021, and Bethesda’s announced a new set of features called Fallout Worlds. Starting in September, players with private servers will be able to customize their experience and choose their own server rules.

“Combine unlimited combat AP and infinite ammo to become a mighty wasteland warrior, configure creature spawns for serious big game hunting, control weather effects such as fog, nuclear radiation, or even Quantum Storms, turn on absurd jumping heights (just remember to turn off fall damage), enable ragdoll physics, change the height limit on settlements… all this and more are yours to play and experiment with as you see fit,” says Bethesda’s announcement.

“Utilizing a wide list of customizable settings, players can construct C.A.M.P.s in previously restricted areas or even remove the need for electricity to establish a builder’s paradise.”

Note that private servers are only available to active Fallout 1st members, who can invite up to 7 other friends to play on their server (and at least one Fallout 1st subscriber needs to be active on a private server at all times or it shuts down for everyone). As a reminder, Fallout 1st is $12.99 a month or $100 for a year’s subscription.

Below you can see a sample of some server options, and it does look like you can tweak quite a lot, like crafting and building without resources, no AP cost for combat, and turning most camp building restrictions off, like the need to power items with generators. You can also increase the budget, height, and radius of your camp, so I expect we’ll start seeing some interesting bases being built on private servers. 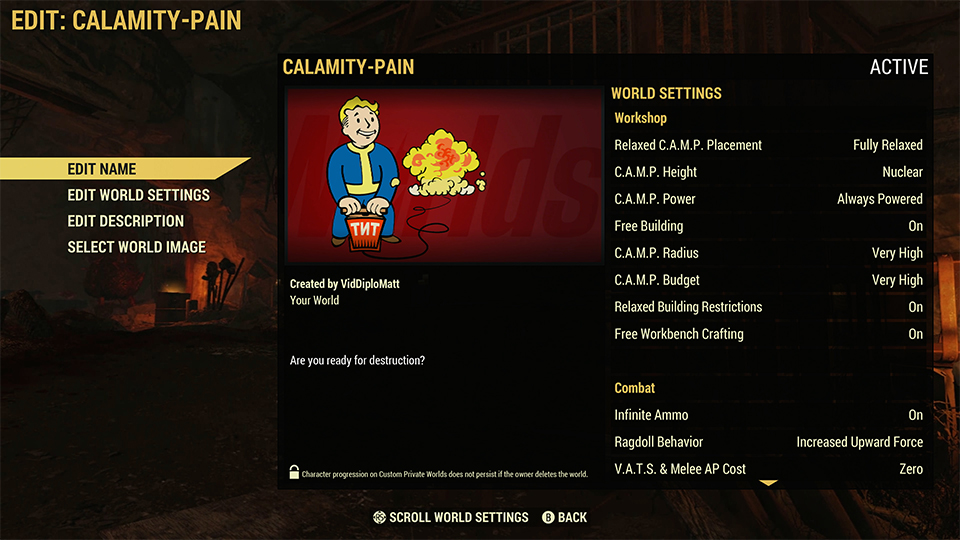 (Image credit: Bethesda)In addition to these private customizable servers, there will also be a feature called Public Worlds, which will be a separate game mode from Adventure with a set of customized server rules (created by Bethesda) that players can try without having to subscribe to their own private server. Progress on Public Worlds won’t carry over to Adventure mode. 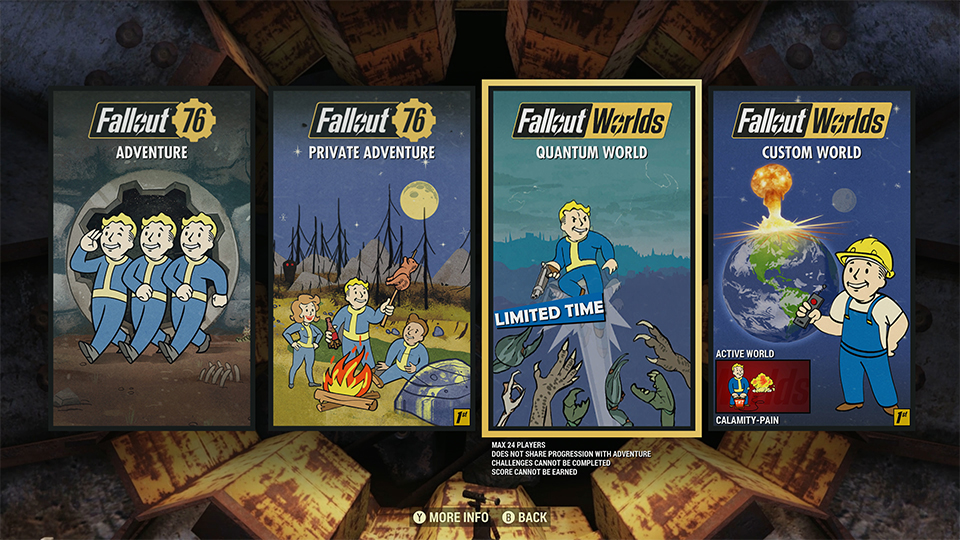 (Image credit: Bethesda)“Public Worlds are a rotating series of Fallout Worlds experiences available to all players. Hand-crafted by the team at Bethesda Game Studios with input from the Fallout 76 community, each Public World uses a different combination of Fallout Worlds’ settings to bring you a unique play experience.”

It’s been a long wait for custom servers, but they’re almost here. Fallout Worlds is coming to Fallout 76 in September, and will be on the public test servers today.

On an average day, about a dozen new games are released on Steam. And while we think that’s a good thing, it can be understandably hard to keep up with. Potentially exciting gems are sure […]

Earlier this year Bethesda announced it was making a new Indiana Jones game with the help of Wolfenstein developer Machine Games. The first trailer didn’t give many details but in a new interview, Bethesda suggests that the […]

With the recently released Monster Hunter and Mortal Kombat films, movie adaptations of video games aren’t going away. With principal photography on both Borderlands and Sonic The Hedgehog 2 having just recently wrapped, there’s no sign […]