With Amazon’s MMO New World launching soon, players may be wondering if a Xbox One/Xbox Series X port of the currently PC-exclusive title is possible.

Amazon Games’ MMO New World is releasing with high expectations, for better and for worse. MMO fans are looking for a fresh experience in a unique setting, and Amazon is looking for a success to make up for the failure of Crucible.

New World‘s development has not been a smooth ride. Following its initial reveal, Amazon Games’ had to rework the setting due to criticism for the game’s treatment of colonialism. New World also faced multiple delays, presumably due to COVID-19 slowing down development.

It hasn’t been all bad news, however. Amazon Games has been using the extra development time well, doing extensive play-testing and improving New World‘s combat systems. It’s safe to say that it’s made up for the rocky start, and players are counting down the days until the August 31 launch date. 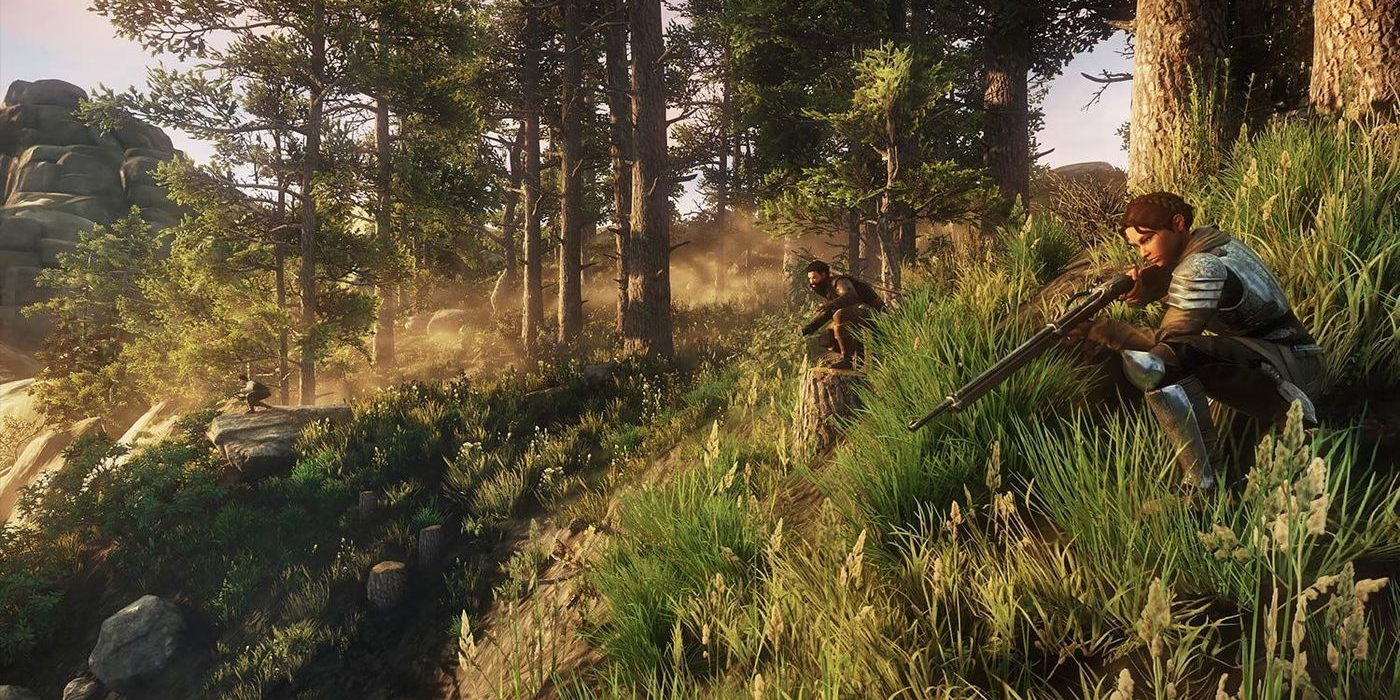 Amazon needs this game to be a success, which begs the question: what platforms will it be on? For most major games online games, like Genshin Impact, the best strategy tends to be putting the game on as many platforms as possible. But New World only has a release date for PC. Are there plans to bring the game to consoles, like the Xbox One or Xbox Series X/S?

Amazon Games has not stated any current plans to port New World to other platforms. The studio seems solely focused on the PC build for the sake of stability and graphical fidelity.

If the game is eventually ported to consoles, the Xbox is a safe bet as a platform choice. The game is already playable on Microsoft PCs, so porting might be easier on Xbox compared to other consoles. Xbox’s Phil Spencer is also pushing cloud gaming with Xbox Game Pass, and the xCloud system may be able to handle Amazon’s hardware worries.

Still, considering how Amazon is working on its own game streaming service with Amazon Luna, the company might not want to give a major title like New World to a competitor, even if it improves the game’s chance of succeeding.

It’s still up in the air on whether New World will ever be ported. Players should expect PC exclusivity while the game launches and the developers work on ironing out the 1.0 version’s wrinkles. After that, it’s anyone’s guess.

New World is scheduled to be released on August 31 for PC.

2022 could be one of PC gaming’s best years ever

It’s been a spotty couple of years for PC gaming. Don’t get me wrong, we’ve had plenty of great games to play and talk about, but there’s no ignoring the big holes the Covid-19 pandemic […]

Here at PCGamesN we welcome the age of the Left 4 Dead-like. E3 this year made it abundantly clear that the hot genre right now isn’t battle royale games or auto-battlers, it’s the formula established […]