Nintendo has done an incredible job with its Nintendo Switch home console/handheld hybrid. Through regular first-party releases, third-party exclusive games, and a steady stream of critically-acclaimed indies, Nintendo has built a massive library for the Switch, in turn boosting the console’s sales considerably. While there are reports that a new Nintendo Switch Pro console is in the works, it seems that the original Nintendo Switch still has considerable life left in it.

New Nintendo Switch games are releasing for the console on a regular basis, even during downtime months where Nintendo’s competitors typically don’t have quite as many games, like in the summer. Mario Golf: Super Rush will release for the Switch soon, with early impressions of that game being fairly positive, and July 2021 will see the release of even more Nintendo Switch exclusive games.

While PlayStation and Xbox have plenty of new games coming out as well, many of them will also be releasing for the Switch. So not only is the Switch getting most of the games its competitors will have in July 2021, it will also have its own exclusives as well. All things considered, it definitely seems as though the Nintendo Switch console is going to dominate when it comes to new game releases in July 2021. 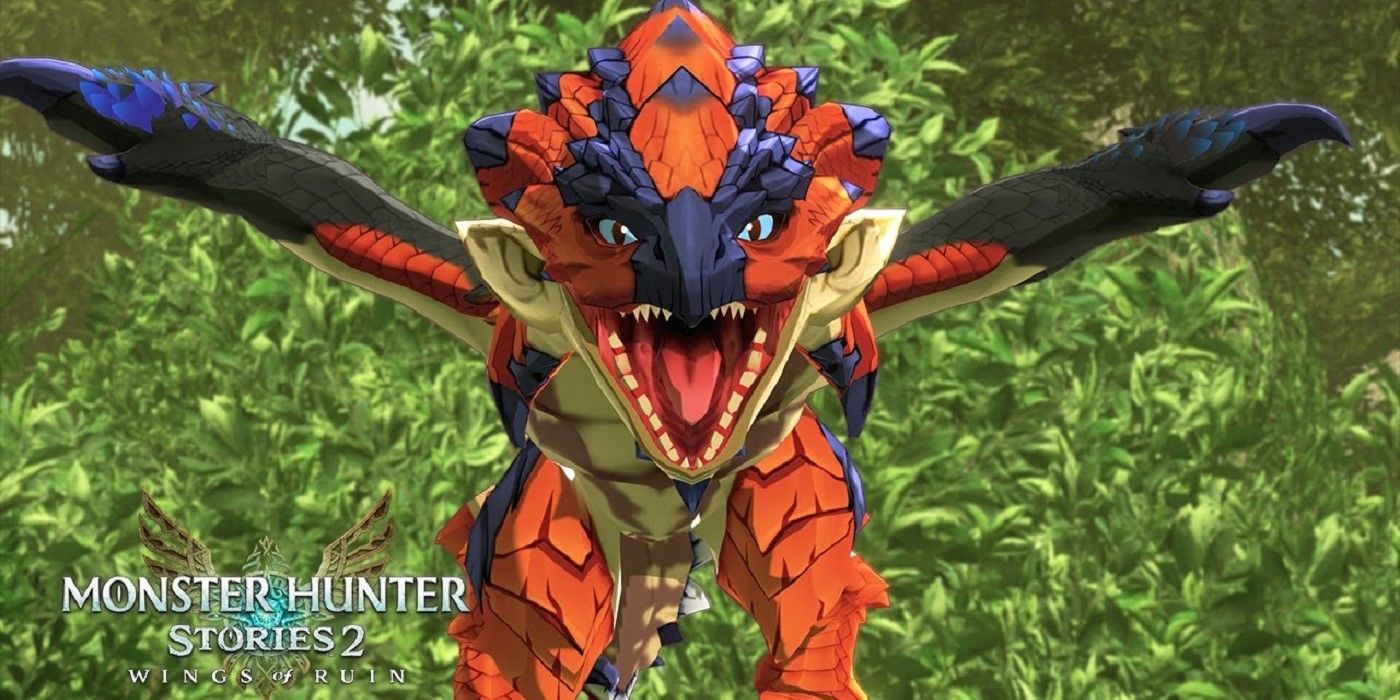 The Nintendo Switch was treated to an exclusive Monster Hunter game when Monster Hunter Rise launched earlier this year, to the franchise’s usual critical-acclaim. Just a few months later, and the Switch is about to get its hands on yet another exclusive game, this in time in the form of Monster Hunter Stories 2: Wings of Ruin. 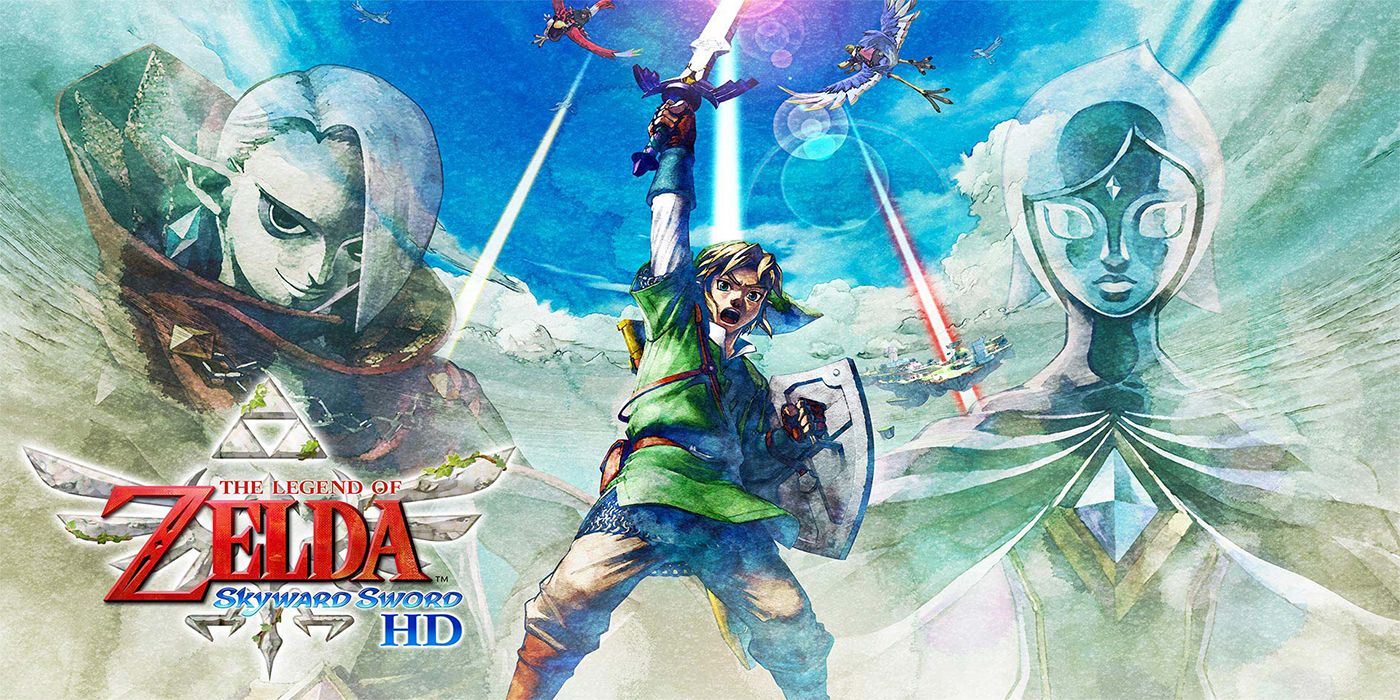 The Legend of Zelda: Skyward Sword HD doesn’t have any major new gameplay features, but it does have amiibo support, sharper graphics, and the bonus of being able to play it portably with the Nintendo Switch. Barring any unforeseen issues with the game, The Legend of Zelda: Skyward Sword HD is a safe bet for Nintendo Switch owners looking for a quality gaming experience in July. 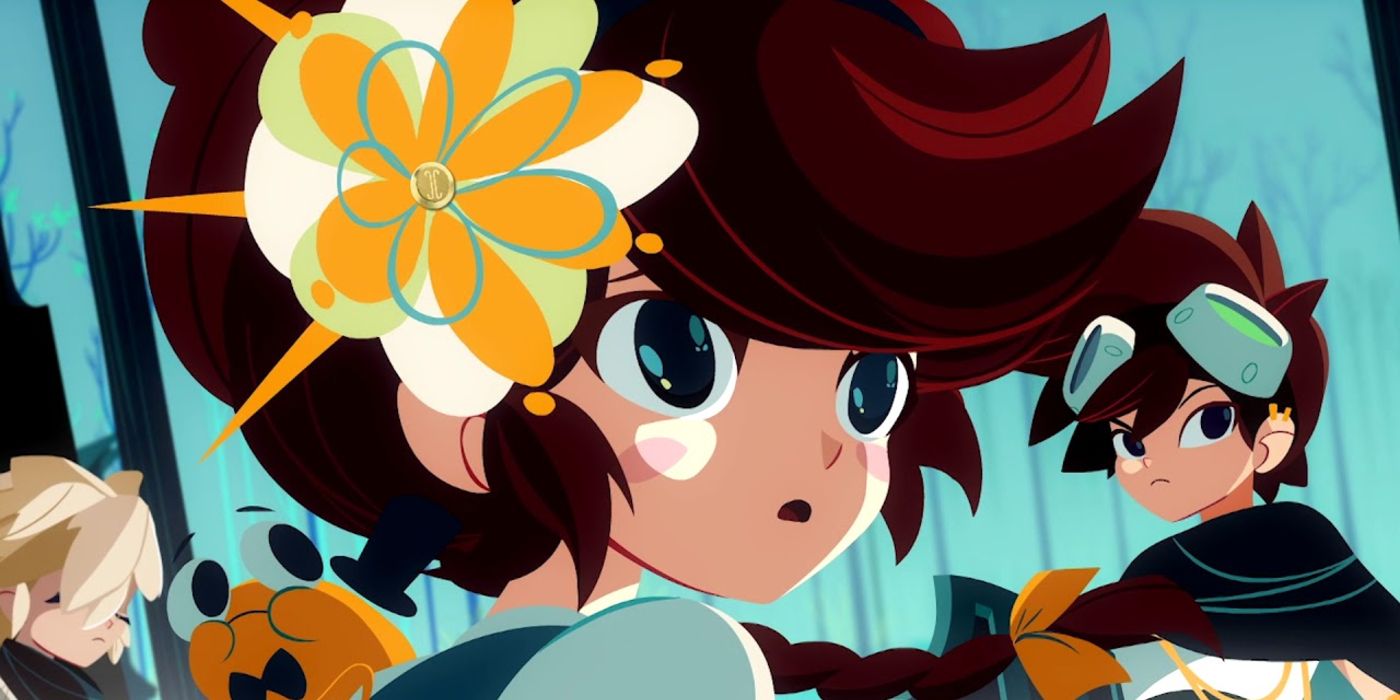 Cris Tales isn’t a Nintendo Switch exclusive, and is in fact coming to pretty much every platform when it launches July 20, but it’s still one of the console’s most notable releases for next month. Cris Tales has become an indie game darling, with many coming away impressed by its unique time-traveling twist on traditional turn-based battles. There is a considerable amount of hype behind Cris Tales and if it lives up to expectations, it could very well become one of the top-rated Switch games of the year. 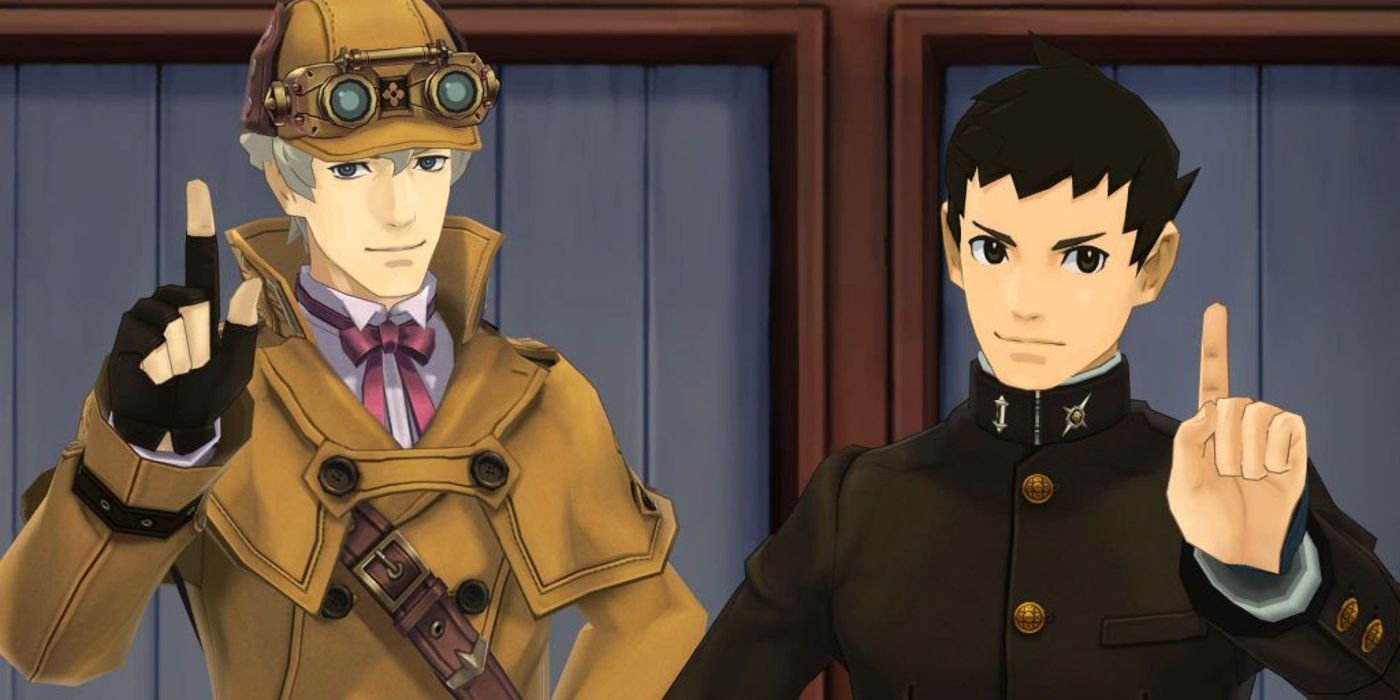 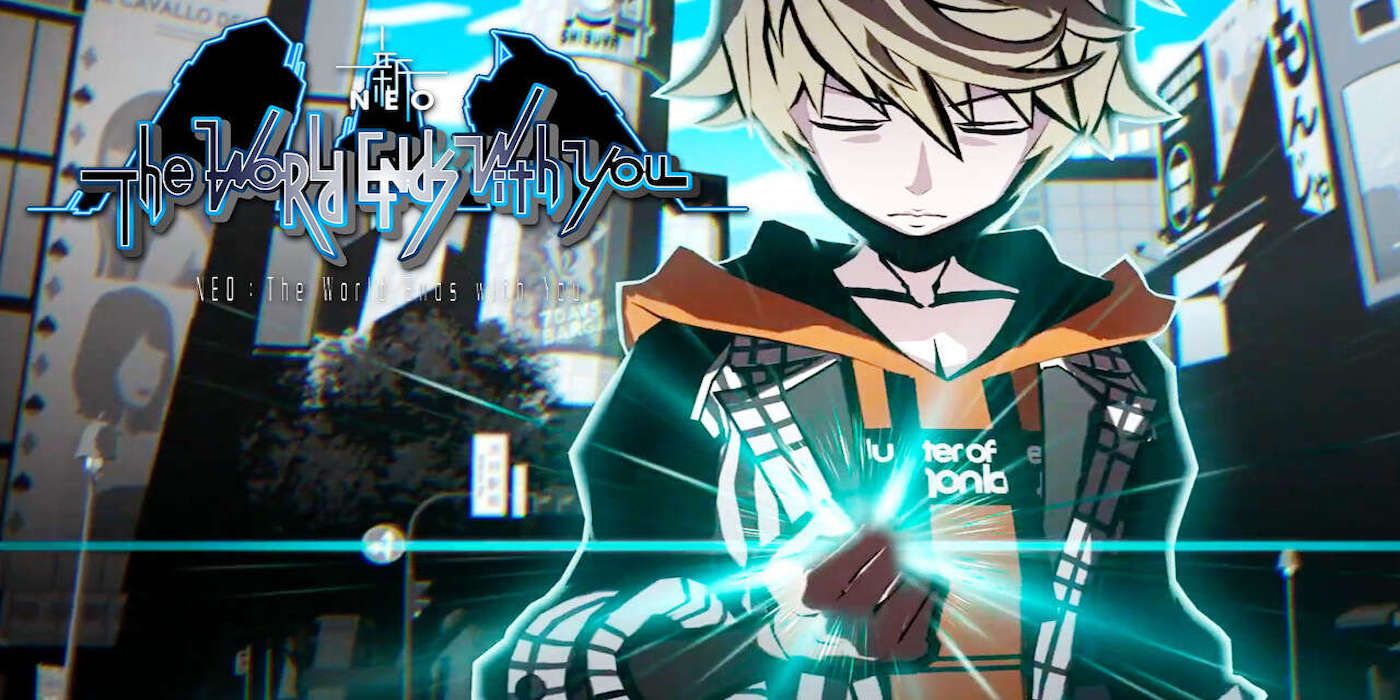 The World Ends With You from Square Enix was a cult classic on the Nintendo DS. It told an engaging story about death and resurrection, while offering a unique combat system that took full advantage of the handheld’s unique features. Over a decade later, and fans can finally look forward to the launch of Neo: The World Ends With You, a direct sequel with improved graphics and some new gameplay features. It’s also coming to PlayStation 4, but when one thinks of The World Ends With You, they think of Nintendo and the DS, and so it’s safe to say that many will still pick it up on Nintendo’s newest console when given the chance. 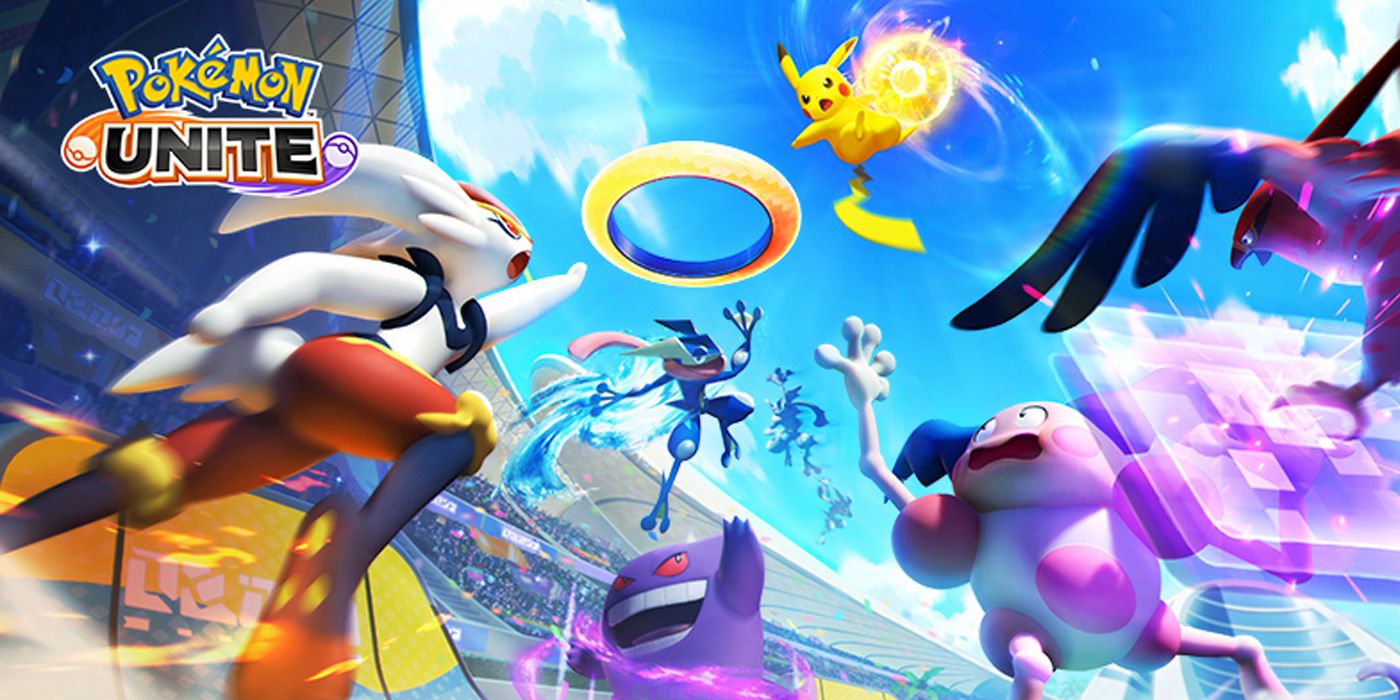 The Pokemon franchise has found itself represented in numerous video game genres over the years, and soon it will be able to add MOBA to that list. Whether or not a Pokemon MOBA will be successful or not remains to be seen, but it could very well make the genre appeal to people who otherwise wouldn’t give it the time of day. The Pokemon Unite MOBA will launch first for the Nintendo Switch in July, but those who would rather play it on their mobile devices can do so in August. Unfortunately, a specific release date for Pokemon Unite in July hasn’t been announced at the time of this writing.

While the aforementioned titles are the biggest Nintendo Switch games releasing in July 2021, there are some other games that Switch fans can look forward to launching next month as well. These titles range from re-releases of older titles to brand new games, and all serve to further improve the Switch’s lineup for July 2021, ensuring that the console is going to dominate next month in terms of new game releases.

Here is a full list of the Nintendo Switch games releasing in July 2021, including the previously mentioned games:

Looking ahead, there are many other Nintendo Switch games launching in 2021 to look forward to as well. No More Heroes 3 will release for the system in August, but the next really big month for the Switch is October. October 2021 is going to be huge for video games in general, but Nintendo Switch owners can look forward to the launches of Metroid Dread, the first 2D Metroid game in nearly two decades, and Mario Party: Superstar Rush, which is reviving classic Nintendo 64 boards for modern audiences.

Beyond that, there’s also Pokemon Brilliant Diamond and Shining Pearl to look forward to, as well as Pokemon Legends: Arceus and The Legend of Zelda: Breath of the Wild 2 in 2022. For now, though, Switch owners can focus on the new titles that are set to drop a little sooner and pick out which July 2021 titles they want to add to their collection.

Atlus is continuing its long-running series of trailers focusing on the over 200+ demons of its upcoming JRPG Shin Megami Tensei V. We get to see the recurring demon Garuda in action, following the previous […]

If you’re into the eSports space, you must have heard about the game Overwatch. It is one of the amazing multiplayer first-person shooter games. Initially released on October 27, 2015, Overwatch was developed and published […]

Atlus is continuing its endless series of trailers focusing on the over 200+ demons of its upcoming JRPG Shin Megami Tensei V. We get to see the recurring demon Succubus in action, following the previous […]