I’m 100 turns in, and I’ve just brokered peace with a tribal group that inhabits a camp near my lands. After decades of rising discontent, rebel groups are forming in my capital and pillaging the local farms. At my country’s northern border, Greek troops warn me to prepare for war, but neighbouring Persia strikes first.

I’ve also received word that I’m dying and my son, the first heir in the succession line, is both wanton and insane. What will I do? Nothing, because I don’t have enough Orders left.

Old World is the new 4X game from Soren Johnson, the lead designer of Civilization IV and Offworld Trading Company, and his studio Mohawk Games. It combines 4X design with storytelling akin to the Crusader Kings series, and every single choice matters. Orders – the game’s biggest innovation – function as a currency for actions; if you run out, you can’t fend off military attacks, promote units, or engage in diplomatic missions. The number of Orders a player gets each turn is determined by their ruler’s Legitimacy, which is based on their success in protecting and growing the nation.

This system has pros and cons. On the one hand, it puts a hard limit on the number of decisions a player can make each turn, forcing them to prioritise their goals. On the other, my 100-year family dynasty is about to end up under the rule of my insane child and his pet monkey.

With over 1,000 unique events, the strategy game weaves together a narrative experience based on intricate diplomacy systems and influence schemes. You play as one of seven different cultures, represented by a singular leader and their family, with other important families acting as stakeholders in your growing civilisation. Players must expand their territory and secure their legacy by earning the most points within 200 turns. Along the way, they can also attempt to complete Ambitions – challenging tasks that add Legitimacy and provide alternate victory paths.

It’s hard to ignore Old World’s Civilization influence, but only because the game remedies some of the most bothersome aspects of Civ’s design. There’s an option to undo moves, which I used more times than I care to admit, and there are automation options for tedious tasks like tile improvements and religious activities. These are imperfect but ultimately useful so the player doesn’t waste time on menial decisions.

These automation tools feel necessary given the game’s complex approach to resource management. Except in limited circumstances, a player can’t purchase military or civilian units as a shortcut, like you can in Civilization. Each must be trained in a city and consumes a set number of land resources, such as trees, iron, or stone. The speed at which units are produced is determined by the city’s military strength, growth rate, discontent, and other factors. 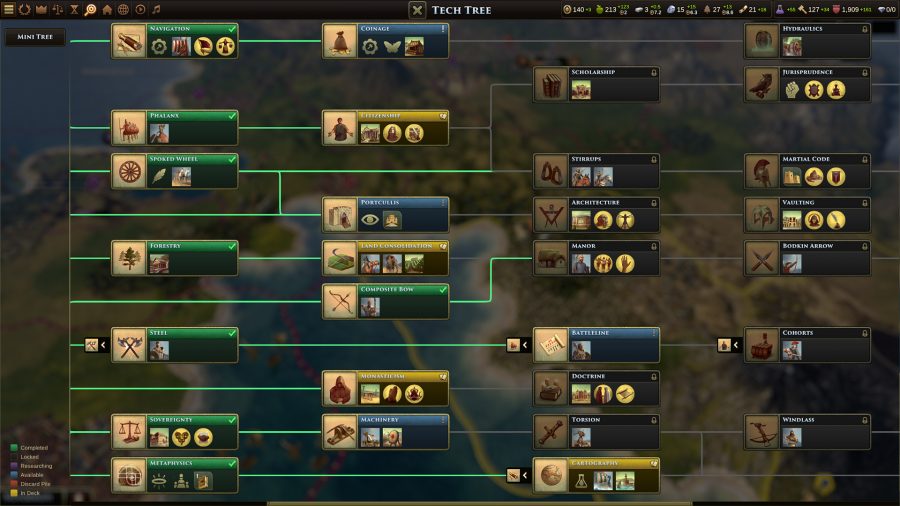 It’s a challenge to maintain the health of each city while ensuring you’re also producing enough science to unlock new technologies, enough culture to construct high-value tile improvements, and enough military strength to upgrade units. Managing all of this in addition to family relationships, international diplomacy, and Legitimacy requires deep analysis. Because you only get so many Orders each turn, it’s also crucial to properly reassess and prioritise your needs every time.

Old World passes the ‘one more turn’ test, and is a solid strategy game

Old World nails essential gameplay elements that make turn-based strategy games so addictive, but this strength is also its biggest weakness. There’s a lot to follow, and the first few playthroughs are challenging. Though the excellent user interface prevents players from being completely overwhelmed, some elements aren’t as clear as they could be.

For example, the anchoring system, which allows land units to cross water tiles, required me to consult the sages via Google. At higher difficulties, Old World becomes a lesson in managing minutiae. Automation and other aspects such as the Double Victory condition, which grants victory when a player doubles the score of the highest AI player, are designed to curb endgame fatigue. However, long wait times between turns add to the game’s slow pace. Even disabling animations doesn’t solve the problem. 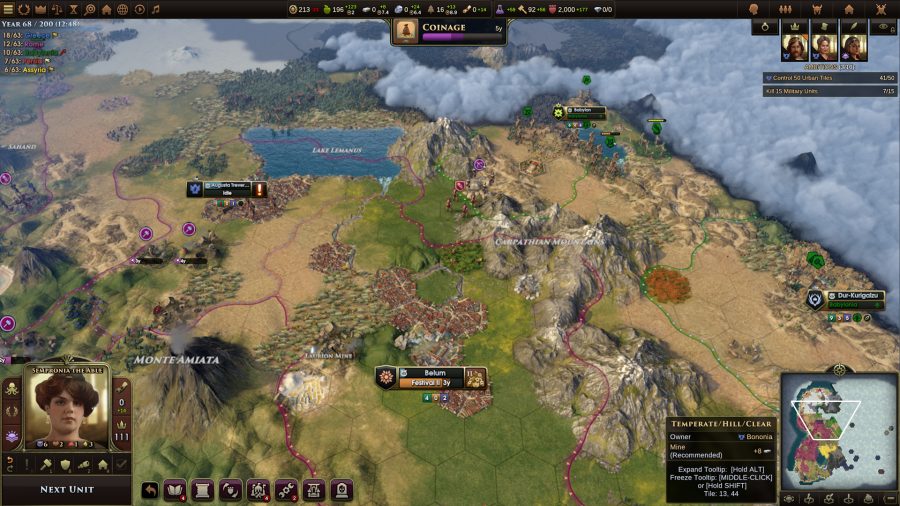 Nonetheless, even with its flaws Old World is a solid strategy game. The most pressing issues are matters of optimisation and iteration. Future patches could allow the player to prioritise city planning automatically based on resource needs or could include leader-specific decision trees.

As I sit here contemplating my next moves, it’s obvious Old World passes the ‘one more turn’ test. I’m eager to know what’s next, so I move on to the next turn. My insane son takes the throne along with his rambunctious monkey and I’m once again grateful for that undo button.

Total War: Warhammer 3 – Fans are concerned Kislev has too many bears

We still don’t know the official release date for Total War: Warhammer III, but there has still been a steady stream of news about the game’s various factions over the last few weeks. However, the […]

Genshin Impact Official Website   Genshin Impact is a role-playing game and a game which is packed with loads of thrilling action. It comes with an open-world environment and an action-based fighting system using character-switching and […]

We’re all for keeping things fresh with the addition of new content every now and then, but CI Games are fast on the verge of missing the target with the add-ons they are throwing out […]