The flexibility of the Nintendo Switch as both a handheld and as a home console makes it a perfect home for strategy games. Long campaigns can be fought from the comfort of a living room gaming setup fit for an imperial commander, and shorter tactical skirmishes aren’t hindered by a lack of portability.

Those advantages are only one part of the equation, though, with the other essential element being the availability of challenging strategic games for any self-respecting armchair general to puzzle over. Luckily for them, the Switch has an impressive library of games in the genre to choose from, so beginners and veterans alike can happily take the plunge into strategy games on the platform. 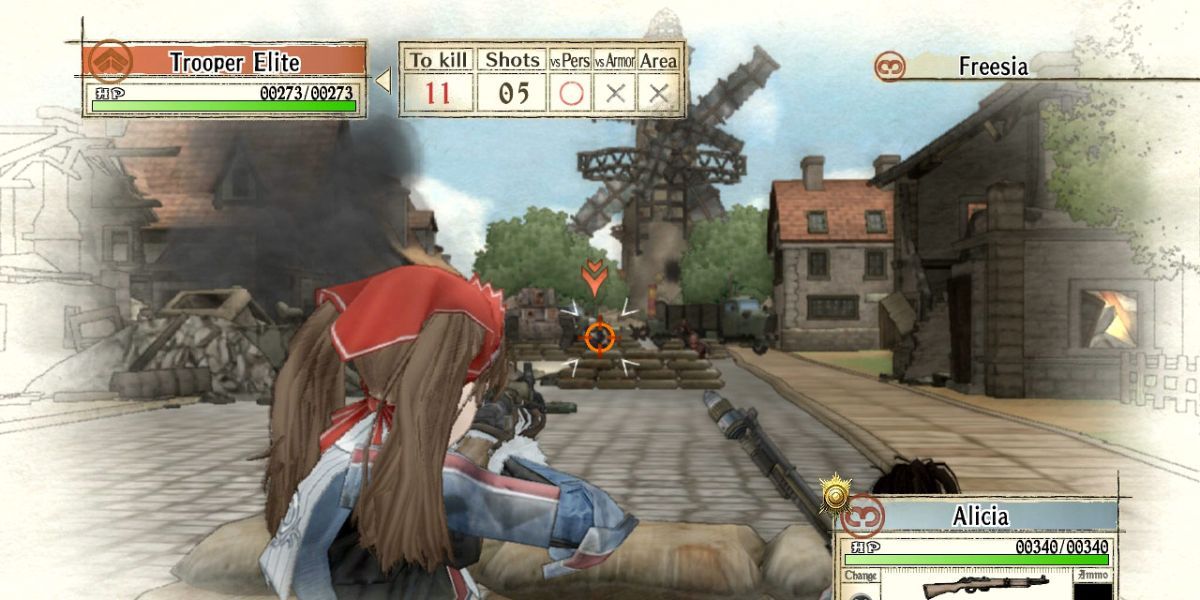 Valkyria Chronicles is an innovative tactical RPG that offers a unique blend of turn-based and real-time strategy gameplay, making it an enduringly fascinating entry for the genre. In the game, the Principality of Gallia finds itself unwillingly caught up in a continental war, and it’s up to the player to lead a battalion of soldiers and face down the aggressors.

The freeform aiming, movement, and cover system are implemented to expertly capture a sense of battlefield chaos without sacrificing the turn-based roots of the genre. This open-ended combat forces players to think about ammunition, positioning, and cover fire at all times while an excitingly diverse array of unit types ensure that the game never wants for tactical options. 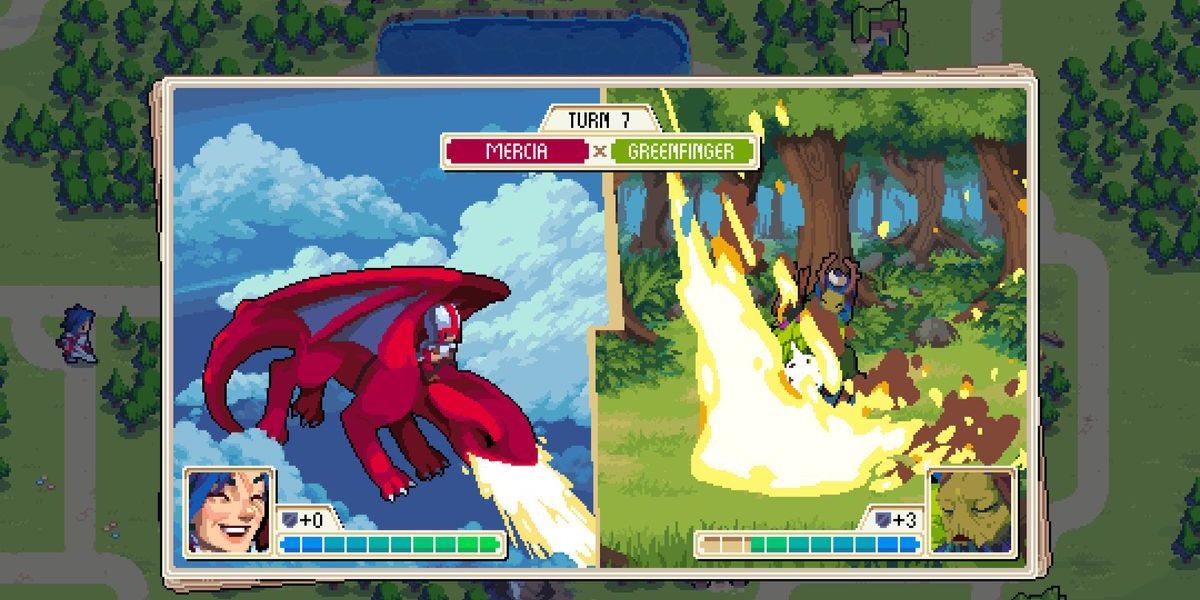 It doesn’t seem like too long ago that it wasn’t so easy being an Advance Wars fan. Despite being highly influential and beloved in its own right Advance Wars has historically struggled to step out from under Fire Emblem’s shadow. Prior to the announcement of the Advance Wars remake coming to Switch, the spiritual successor of sorts called Wargroove was all fans had to go on.

Luckily, as a deliberate homage and as a strategy game on its own terms, Wargroove succeeds brilliantly by simultaneously preserving the elements of classic strategy games that fans know and love, while also bringing new mechanics to the table to keep the experience feeling fresh. 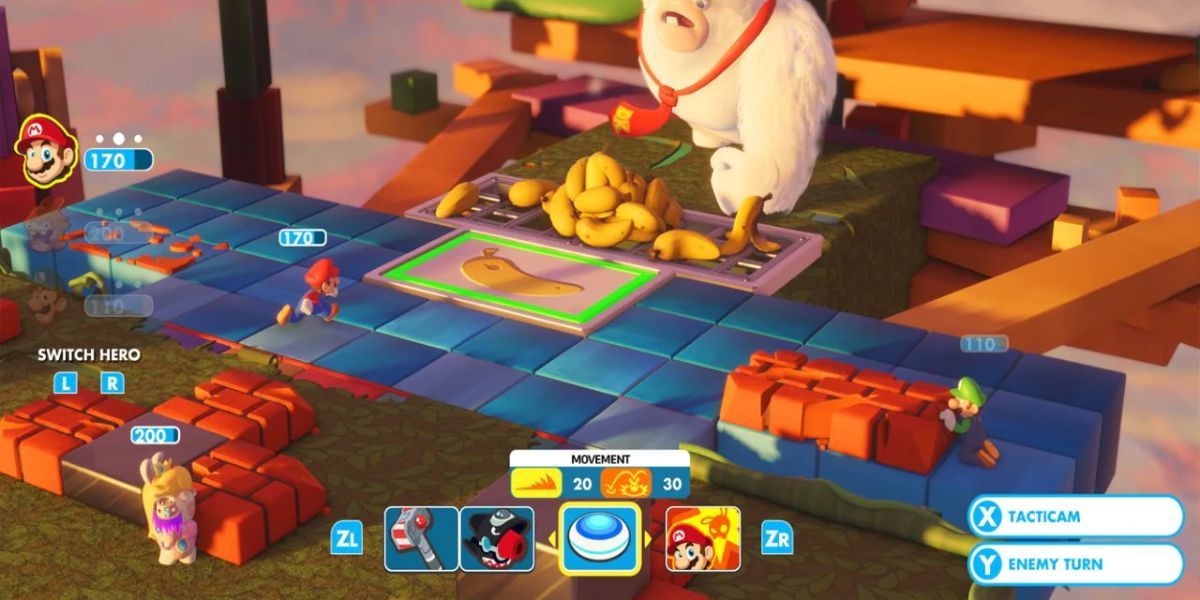 The famous Mario meeting up with the Rabbids – deranged rabbits that made their first appearance in a spinoff to the Rayman series – is a crossover that very few can convincingly claim to have predicted. Making things even more surreal is the fact that it’s a strange sort of tactics RPG – and a pretty good one at that.

Don’t be fooled by the silly concept or surreal atmosphere; there’s a weighty turn-based tactics game under the hood here that has enough equipment, abilities, and characters to satisfy longtime strategy game fans. The game also isn’t a pushover when it comes to difficulty – the harder levels are sure to be a true test of even an experienced player’s tactical skills.

7 This War Of Mine: Complete Edition 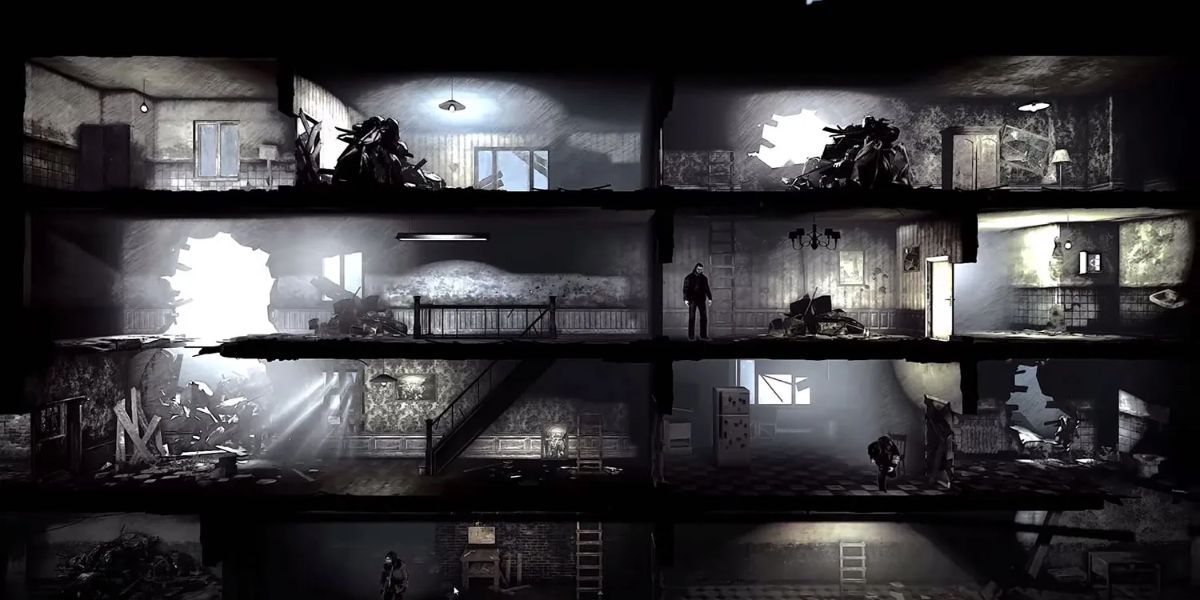 This War of Mine is a strategy/survival game that makes a mission of putting the player through as many harrowing life or death decisions as it can generate. Set in a city ravaged by war, the player is tasked with keeping a group of civilian survivors alive throughout the siege. It won’t be easy, though, because desperate scavengers, opportunistic snipers, and an ever-dwindling stockpile of supplies threaten survival at the end of every night.

Outside of the strategic elements of survival, This War of Mine wants to force the player into making the brutal calculations of survival that civilians might actually undertake in such a scenario. If a character is injured, will someone go out to help him? Will the survivors steal if it means feeding themselves for one more night? It’s all in the player’s hands. 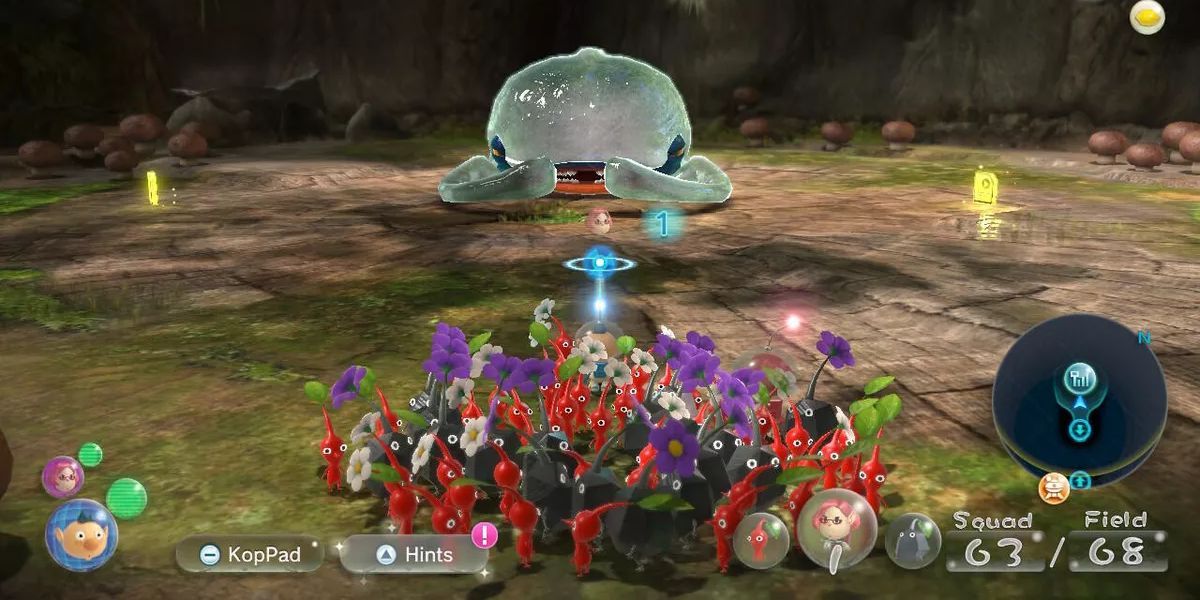 Pikmin 3 is an excellent entry in the franchise that unfortunately went underappreciated thanks to its exclusivity to the Wii U and its lackluster sales. Thankfully, Nintendo’s previous console ceased to hinder the game with the release of Pikmin 3 Deluxe, an upgraded port of the title to the far more widely-owned Switch.

Pikmin fans will find a lot to love here, as the latest title retains the engaging and creative action/strategy gameplay of its predecessors, while at the same time greatly increasing the capacity that the player has for multitasking, thereby expanding the strategic range of gathering resources with the help of the industrious Pikmin. 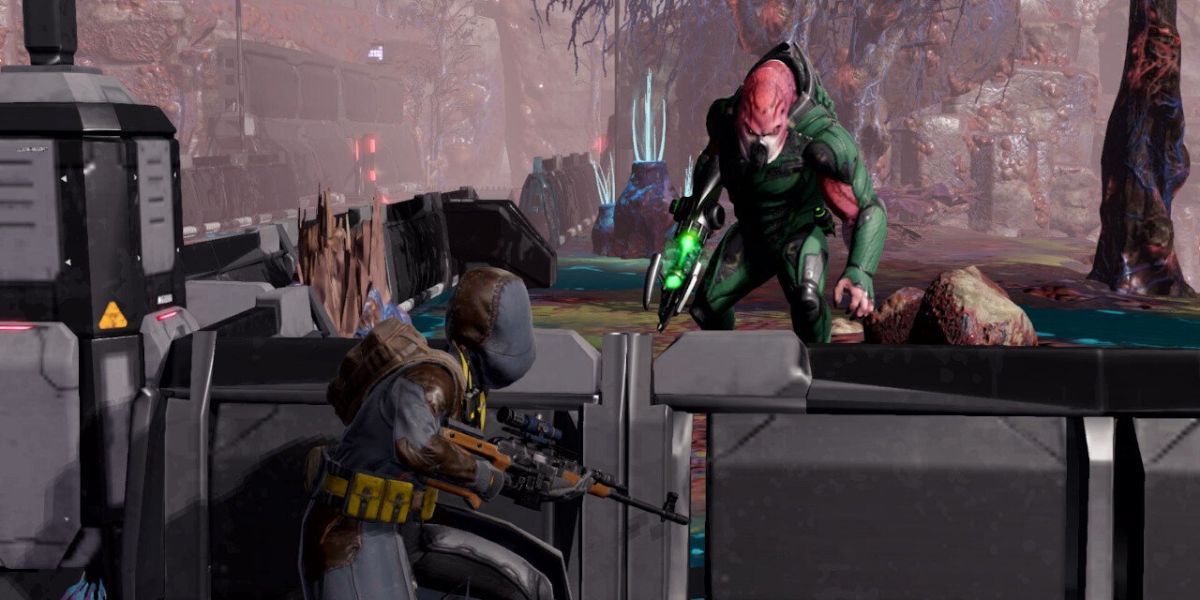 The 2012 reboot of the classic XCOM franchise of tactics games, Enemy Unknown, was met with immediate critical and commercial acclaim, so it was all but assured that a sequel would follow in 2016’s XCOM 2. The sequel upped the stakes of the game’s combat dramatically, producing an unforgiving strategy experience that constantly forces the player through dozens of life-or-death decisions.

RELATED: 10 Of The Most Notoriously Difficult Games On Nintendo Switch, Ranked

Although the game is excellent on its own terms, the port to the Switch does incur a number of graphical downgrades that make it a far less pretty experience than it would normally be on PC. It isn’t enough to ruin the experience, but sticklers for graphical fidelity should be aware. 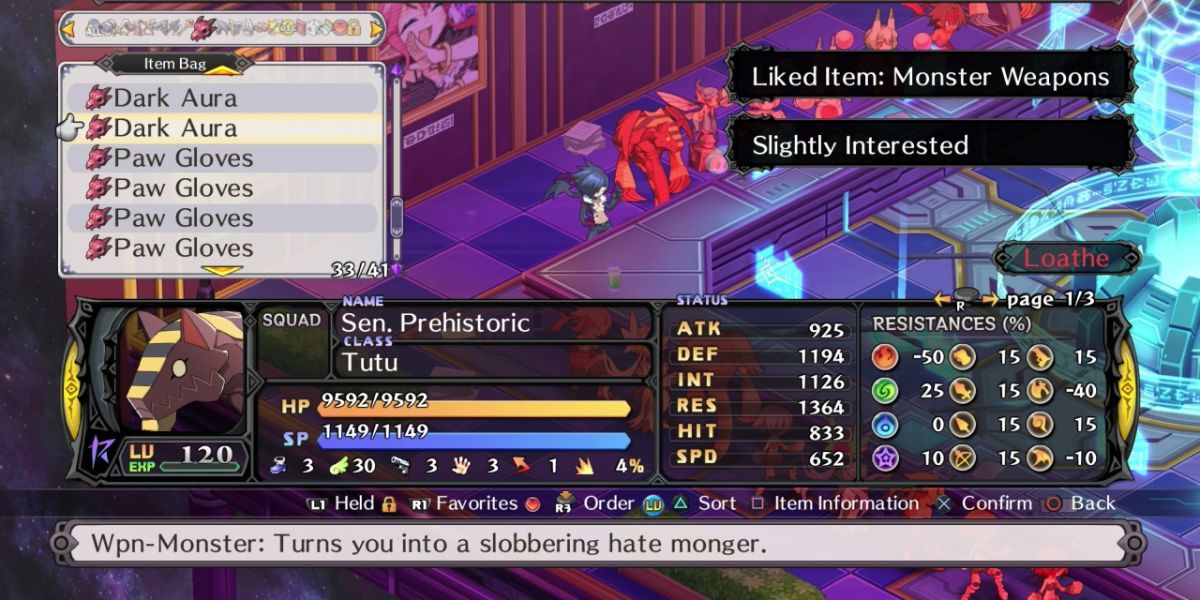 The anime-themed series of strategy RPGs, Disgaea, is famous for its outrageous characters, abilities, and combat amongst other Nintendo strategy and fighting games. The series revels in that absurdity, allowing the player to unlock an ever-escalating array of skills and equipment that can push a character’s damage output into the tens of billions. Overkill? Perhaps, but it’s that tongue-in-cheek madness that makes the game’s so enjoyable.

Although there’s debate on which title is the best overall, and the best for beginners, Disgaea 5 typically emerges as the fan-consensus pick for the best offering on the Switch. Thankfully, the story and characters of each title are largely self-contained, so new players won’t need to worry about catching up on a long-running narrative. 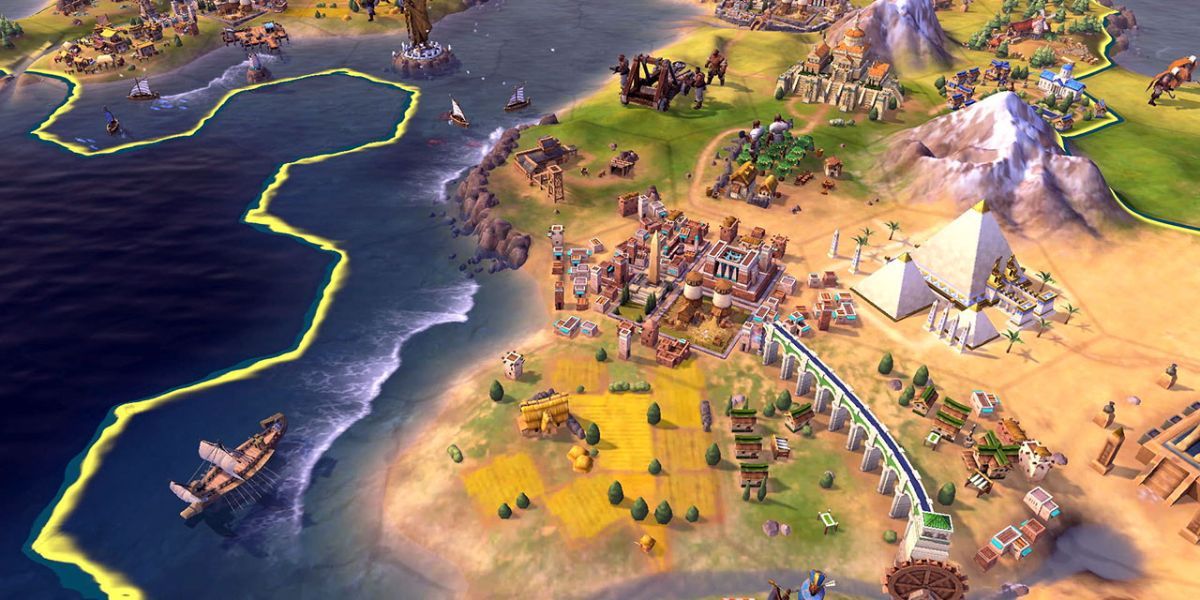 The venerable Civilization series is a titan of the 4X genre, and the common ancestor from which many modern entries in the strategy gaming world emerge. By all accounts, Civilization VI is a worthy successor to that legacy, and beyond that, a competent port of the experience to the diminutive, portable Switch.

RELATED: 10 Reasons Why StarCraft II Is Still Worth Playing Today

Longtime Switch owners will likely be familiar with the dicey relationship that the console has with ports of large-scale PC titles, with many of them coming to the platform with appalling graphical downgrades, unbearable load times, and an assortment of irritating bugs. Happily, Civilization VI succeeds on nearly all technical fronts, making the Switch version an exciting new way to experience the game. 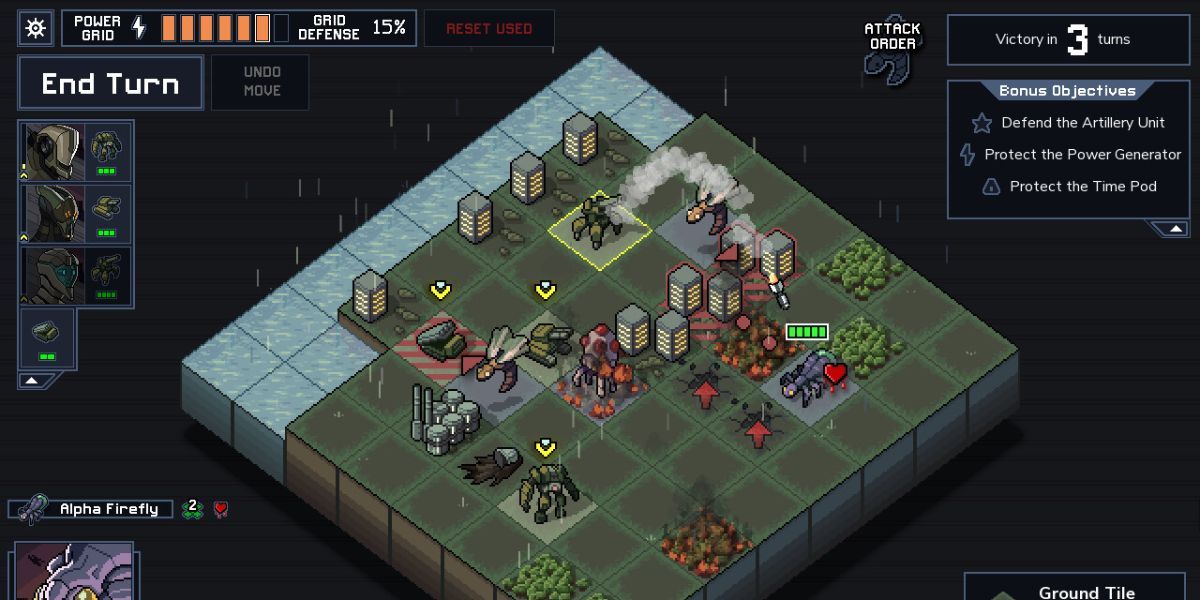 Into The Breach is a unique strategy title from the developers of FTL: Faster Than Light with some interesting mechanics – there’s absolutely no random number generation involved, and the player can see exactly what their enemies are planning to do on the next turn. Although that sounds like it might make things too easy on the player, Into The Breach never lacks for challenge.

By stripping the strategy experience down to its bare essentials, Into The Breach ends up playing out like a series of tightly crafted, brain-twisting chess puzzles. The range of abilities available to the player’s units, as well as those of their alien adversaries, never fails to shake up the gameplay experience, which establishes a steep but satisfying learning curve and a rewarding sense of progression. 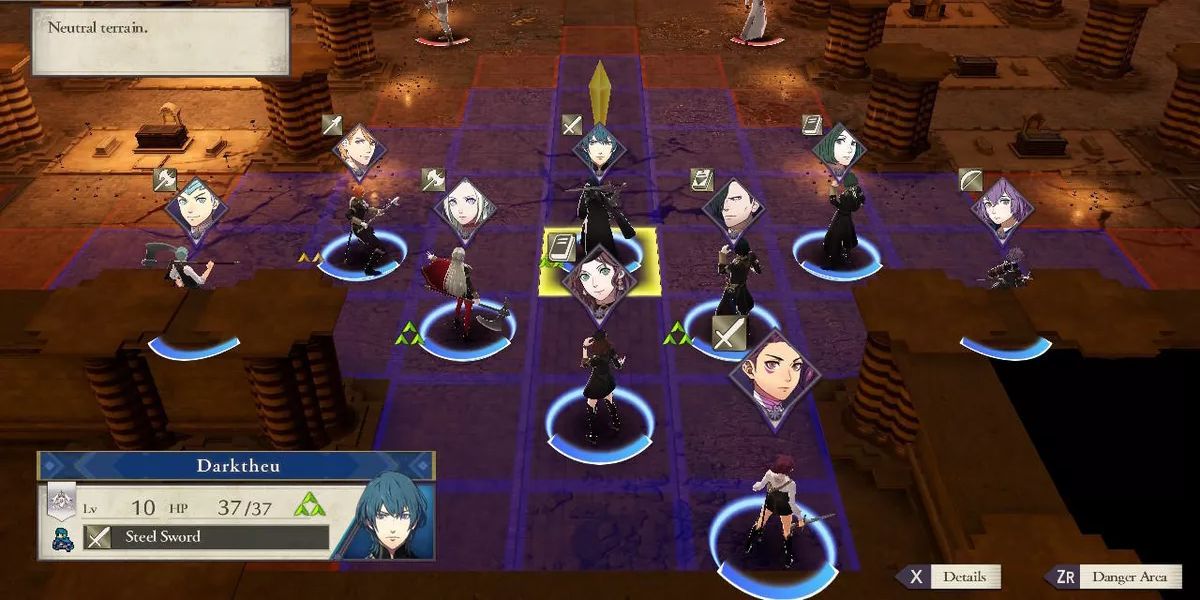 The latest entry in Nintendo’s flagship strategy franchise, Fire Emblem: Three Houses, is a triumphant debut for the series on the Switch. Three Houses brings all of the elements fans know and love about Fire Emblem, namely rich tactical combat and an engaging story, but it also offers some exciting new character-building features that give the player even more options when it comes to outfitting their army.

Three Houses is also utterly jammed with content, boasting an impressive number of story arcs the player can guide the game down depending on which factions they choose to align themselves with and which characters they manage to keep alive. It’s a title that isn’t to be missed for any strategy fan.

While Nintendo Switch may not have Call of Duty, there are plenty of other great options to choose from for fans of first person shooters. The Nintendo Switch has been a runaway success for Nintendo since its […]

Game Builder Garage and Mario Golf: Super Rush highlighted the new game releases for Nintendo Switch in June, but now it’s a new month and that means more new games. Once again, there are quite […]

Death end re;Quest 2 launches for Nintendo Switch in the West in 2022

During Idea Factory International’s Summer Festival livestream, the publisher announced that Death end re;Quest 2 will launch for Nintendo Switch in the West in 2022. The JRPG/VN hybrid originally launched for PlayStation 4 in Japan in […]