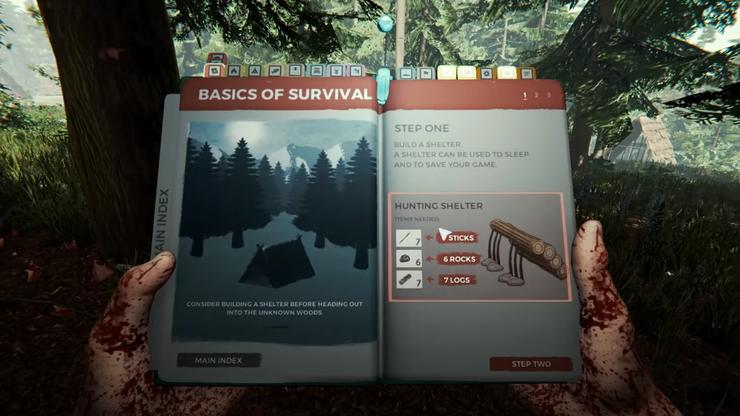 We love survival games. Maybe there’s something hidden in our psyche that needs to test our mettle against the pressures in our savage evolutionary past. Then again, maybe we just like the thrill of relying on our wits to keep mutants or zombies out of our digs.

Whatever the appeal, survival games like Subnautica, The Forest and Green Hell have flooded our game libraries in recent years and they’re some of most enjoyable games you can find. No matter whether you like crafting unique items or building epic bases, there’s something to keep everyone satisfied in this genre. To celebrate the best survival games, we’ve put together a top 10 list of our favourites. But before we launch into our list, here are a few things to consider:

The name of this game says it all. The object of Don’t Starve is to craft, hunt, farm and research things that are useful so that you can eat and survive in an otherwise uncompromising world full of strange creatures and surprises. However, there is no instructions, no help and no hand holding. You must rely on your wits to make it through.

Don’t starve combines both dark and whimsical visuals in a hand-drawn 2D art style that has helped it build up a strong following and overwhelmingly positive rating on Steam. Also look out for Don’t Starve’s standalone multiplayer expansion that lets you team up with friends to ward off hunger pains together.

Raft is an oceanic action-adventure. You start off floating on wreckage with nothing but a plastic hook as a tool and must find food and water and expand your raft into a worthy home. Since you’re in the drink, building materials are scare, so you will need to collect debris and raid reefs. The ocean also holds dangers, including man-eating sharks hell-bent on devouring you. Top survival features include the ability to grow crops, sail your raft to different locations and research new things to build. Raft can be played alone or with friends, with the number of friends that can join your server only limited by what your PC can handle.

Unknown Worlds Entertainment created something entirely original when they released this ocean- based, survival, action-adventure back in 2014. You play as the crew member of a spaceship that has crashed on a strange and unexplored planet, with one big problem – there’s no land in sight, just ocean. The survival mode is quite addictive, but also very tough. You manage your health, hunger, thirst, and oxygen levels by collecting and harvesting items you find, as well as from nearby wreckage.

Lovers of sci-fi are in for a real treat. The player interface is exactly what you’d expect from a futuristic survival sim, allowing you to manipulate a range of space-age gadgetry that make impressive sounds. This game also supports VR headsets, like the HTC Vive, and Oculus Rift, for gamers wanting to get close-ups of the action.

Fans of the 1980s classic films, Conan the Barbarian and Conan the Destroyer starring Arnold Schwarzenegger, should enjoy this survival game set in the lands inhabited by the legendary barbarian warrior. The game itself is an open-world multiplayer sandbox action-adventure with plenty to keep you busy. You can build, explore and do battle with friends or strangers as you struggle to become the toughest, meanest, barbarian around. Although the game is inspired by Conan, it’s packed full of rugged originality – the terrain is harsh and unforgiving and littered with ferocious creatures of all sorts. The building options are vast, allowing you to create simple houses or even whole cities. You can even take control of giant avatars created by the gods to crush your enemies.

Ark: Survival Evolved has a unique difference to other survival games – dinosaurs. In this open-world survival, you appear almost naked in an expansive map packed full of prehistoric creatures and must craft and build a base to survive. You can play solo, with or against others since the game has both PvP and PvE modes. The dinosaurs are the resounding appeal of this game. You will find more than 30 as well as a range of other creatures. One of the best things about Ark: Survival Evolved is that once you have enough resources you can feed and tame the dinosaurs, then ride them to move around the map or to use in combat.

Dying Light is a first-person action survival game set in a post-apocalyptic world overrun by flesh-eating zombies. You take on the persona of an undercover agent named Kyle Crane who is tasked with infiltrating a quarantine zone in the city of Harran. The city is swarming with infected, who are rather clumsy and slow during the daytime but become active at night. Gameplay involves carrying out tasks – either fighting your way through hordes of zombies or sprinting your way to safety as you journey between safe zones. Parkour plays a big part of gameplay, and you’ll need to master vertical moment like climbing up buildings and running and jumping onto balconies to pull off your missions. Although first released in 2015, Dying Light has excellent developer support, with new content and free events still available for players.

This game is a must-have for fans of the genre. You play as a hapless survivor of a catastrophic nuclear war, alive only because you were cryogenically frozen in an underground nuclear fallout shelter. Your son has been kidnapped, so you must venture out into the vast dilapidated wastelands in search of him, scavenging materials and weapons and fighting hordes of enemies like Mole Rats, Raiders and Super Mutants. Fall Out 4’s gameplay can be switched between first-person and third-person like its predecessor Fallout 3, however unlike Fallout 3 it adds a layered armour system, base-building and an extensive 11, 000 lines of dialogue.

Valheim is a new addition in the survival game genre and one of our favourites. You’re tasked with surviving in a low-fantasy, open-world Viking purgatory inspired by Norse Mythology. You must carry out Odin’s task that will see you cultivating arable land, building all kinds of buildings – from small rustic huts, to huge Viking mead halls, and also battling enemies both big and small. Alas, no Viking survival game would be complete without shipbuilding; you can build everything from flimsy rafts to imposing warships and use them to explore the seas and conquer other lands. Valheim’s graphics appear to be simple when you first play, but you will soon discover how stunning and atmospheric they are. The environments are beautifully rendered and since they are procedurally generated, no two player experiences are the same.

The Forest takes you to a mysterious island populated by mutants that like the idea of making you their next meal.

The island is heavily forested and includes resources, both naturally occurring on the island, and that you can salvage from your crashed aeroplane. Survival involves manipulating those resources to build shelter, and most importantly, to craft weapons to fight off the mutants. As well as food and water you will also have to ward off sickness and manipulate fire to stay warm and cook your food. Survival is made extra difficult by the fact you will be hunted at certain times – especially at night time – by the mutants, so careful preparation of shelter and traps is key to your survival.

Green Hell is set in the uncharted Amazon rainforest, where you are left to fend for yourself after being stranded alone with nothing but a radio. Gameplay centres around taking care of physical needs like finding food, building shelter, and avoiding disease and dangerous animals. A unique addition to this game is a Body Inspection Mode that allows you to manage your physical body by diagnosing yourself, removing parasites and applying bandages. However, Green Hell is equal parts psychological thriller, since you will also need to manage your psychological condition against a background of isolation and other insanity-inducing environmental forces.

With the biggest gaming conferences of the year over, there are plenty of games in the works and a lot to be excited about. Here are notable highlights from the week-long event, as well as […]

Online gaming is one of the best ways to socialize with new people, test your skills, and have a great time with friends. If you’re not playing one of the many multiplayer FPS games dominating […]