Horizon Forbidden West doesn’t seem to have a PC version in the works, but it deserves to come to PC on day one instead of three years after.

The Horizon franchise kicked off only a few years ago, but Guerrilla Games is quickly on the way to becoming a flagship developer for the PlayStation. Horizon Zero Dawn boasts tons of fans and won a wealth of awards and nominations after its launch, setting the franchise up for success and adding a star title to the PS4 library. Horizon Forbidden West aims to follow up on Horizon Zero Dawn‘s success by bridging the gap between the PS4 and the PS5. Horizon Zero Dawn didn’t isolate itself to those platforms alone though – it also released on PC in 2020.

Although console developers are hardly in dire straits, they seem more and more aware of the value in putting their games on PC. Microsoft has a history of putting its internally developed games on PC as well as on Xbox, but it’s a newer practice for Sony. Nevertheless, Horizon Zero Dawn‘s 2020 PC port begs the question of whether or not Horizon Forbidden West will release on PC someday too. If that’s on the table, it should happen at the same time as the game’s PlayStation release. The game has a lot to gain from getting in on that platform ahead of time, rather than coming around the bend a few years later. 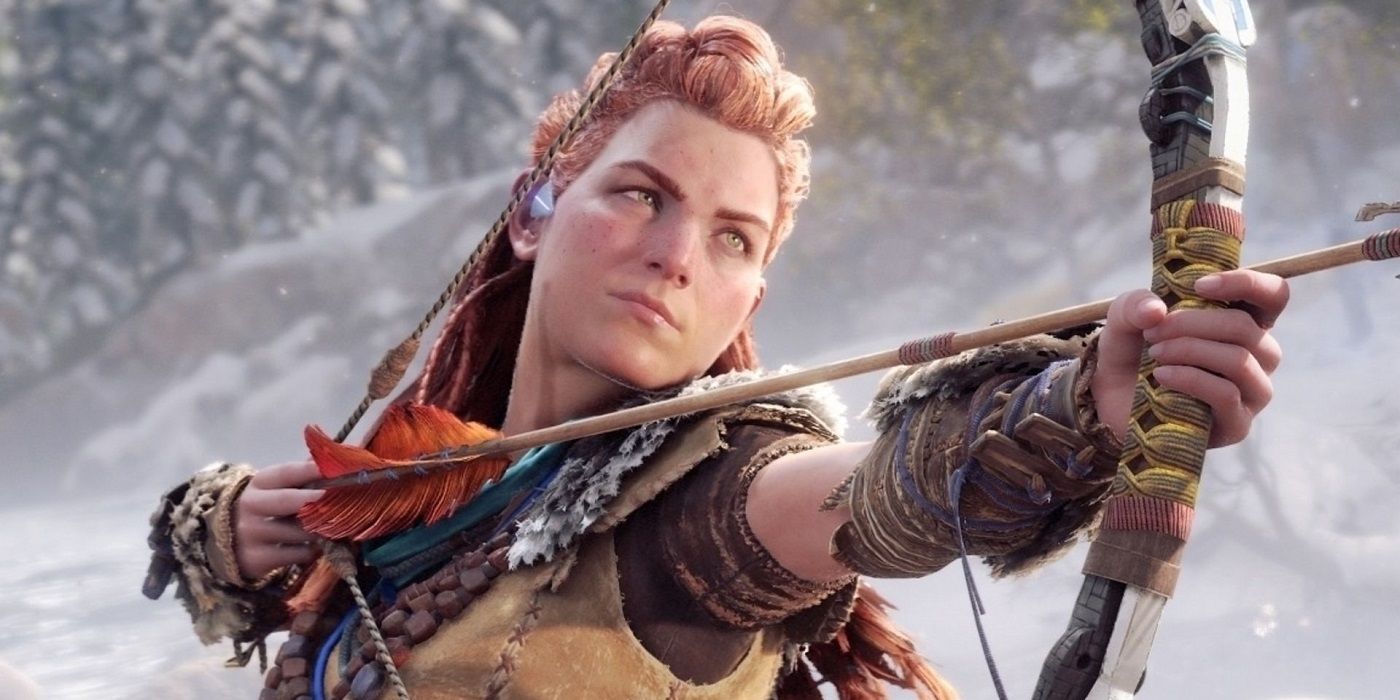 The PC gaming market is huge. Steam, Epic Games, and other platforms for installing games on computers mean there’s no shortage of titles that are accessible to PC users. These game browsers serve another useful purpose – they give Sony a gateway for releasing games on PC. Sony isn’t inclined toward this platform in the way that computer developer Microsoft is, but that didn’t stop it from working with Guerrilla Games to put Horizon Zero Dawn on PC. Although the game’s transition was a little rough, it paid off in the end. Sony saw more than 700,000 copies of Horizon Zero Dawn sold for PC in 2020.

Not only did Horizon Zero Dawn prove the franchise can succeed on PC, but Sony seems increasing interested in putting games on PC in general. For instance, Death Stranding originally released for PS4 near the end of 2019, but in 2020 it got a PC version as well. Another good example is God of War, which recently became playable on PC thanks to its appearance on PlayStation Now. These are easily some of Sony’s most acclaimed games from the last few years, and yet it wasn’t afraid to let them expand beyond the PlayStation. So far, Sony keeps getting rewarded for taking that risk.

That’s a big reason that Horizon Forbidden West might as well be on PC at launch. Thanks to the massive sales of digital Horizon Zero Dawn copies, there’s clearly a PC audience ready and willing to pick up copies of the sequel when it releases. After all, a good portion of these fans might not even have a PS4 or PS5, and would be grateful to keep getting access to the franchise. Sony might as well cater to PC fans at launch while Horizon hype is at its peak, rather than asking them to wait a few years again. 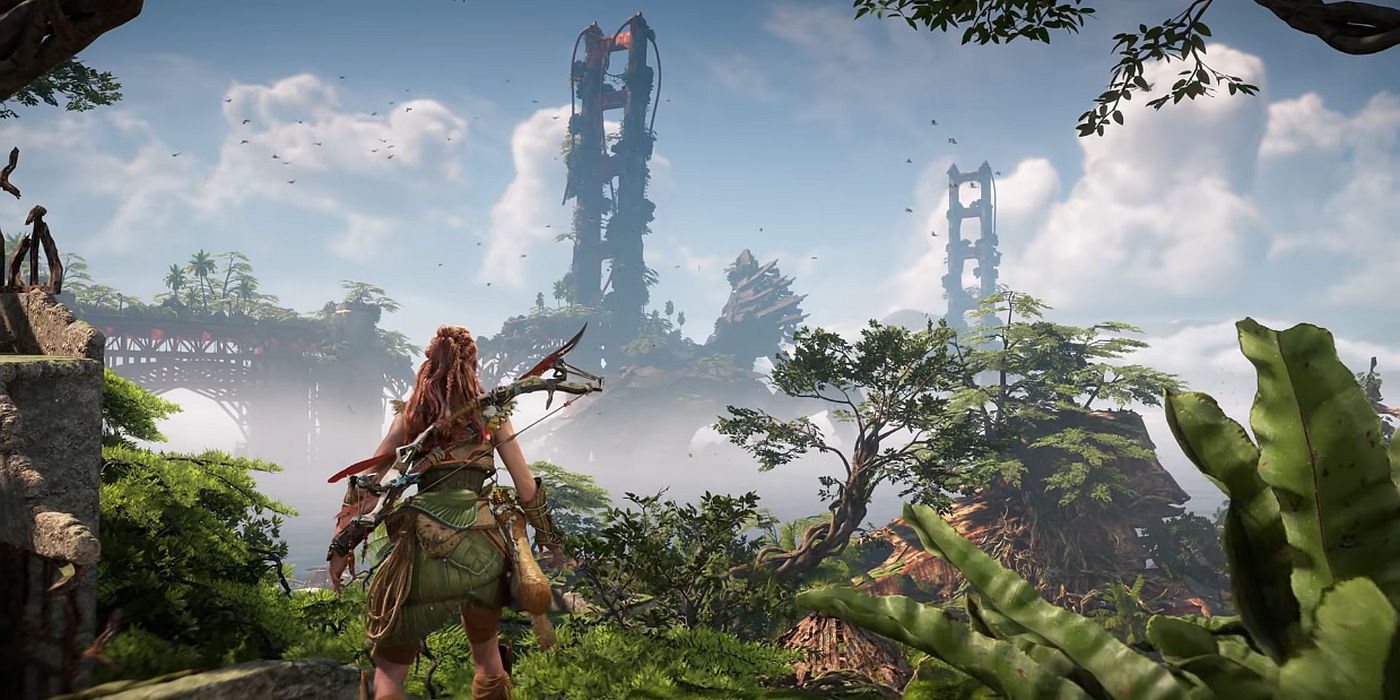 There’s a major way Horizon Forbidden West could actually do better on PC than Horizon Zero Dawn. Although the port is generally viewed positively at this point, lots of Horizon Zero Dawn players complained of bugs and criticized the game’s performance on the new platform. The bugs were bad enough that Guerrilla Games had to issue a few patches in the months following release, wrangling the most volatile and destructive bugs that came out of the PC version.

If Horizon Forbidden West is developed for PC from the get-go, it can dodge another potentially complicated launch on Steam. PCs and PlayStations are very different machines, so it’s only natural that there’s a lot to readjust when moving the game from one platform to the other. It seems most reasonable for Horizon Forbidden West‘s PC version to see development at the same time as the PlayStation version so that they play off of each other. The alternative is potentially going back and reassembling the game from the ground-up to make it PC ready, which would cost a lot of time.

Guerrilla certainly would need extra resources to develop a different version of Horizon Forbidden West at the same time as the PlayStation version. That doesn’t seem like a major issue, though. If Sony sees the value of the PC market as much as it seems to, it’ll probably be inclined to support Guerrilla’s work on the game a little more. Sony clearly knows that Horizon is a very popular IP that could stick around for a long time. It makes sense that Sony would consider going the extra mile on Horizon Forbidden West‘s development to keep setting it up for the future.

Horizon on PC Benefits Everyone 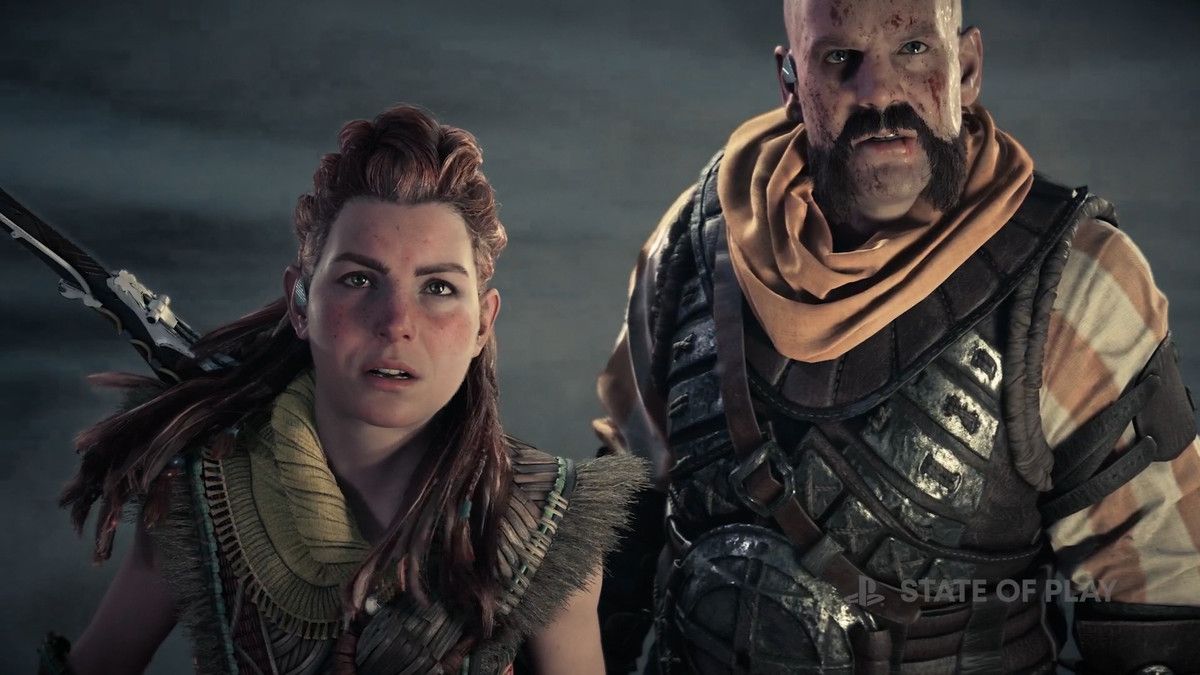 At the end of the day, putting Horizon Zero Dawn and the titles that follow it on PC is good for everyone involved. Sony and Guerrilla get access to a much bigger pool of players, and fans get more options on how to play the game, as well as easier access if they don’t have multiple gaming platforms. Sony’s pattern of PC experimentation, as well as the fact that Horizon Zero Dawn is already on PC, seem to boost the odds of Horizon Forbidden West further establishing the franchise’s presence there.

Of course, nothing of the sort has been announced yet. On the whole, Horizon Forbidden West news has been pretty scarce. Guerrilla Games says it’s nearly done, but it’s still vaguely slated to release in the second half of 2021. It’s entirely possible that Horizon Forbidden West gets delayed again, but that should only enhance the game’s quality in the long run. A delay could also help create space for a PC launch at start. If a PC edition gets announced at the same time as Horizon Forbidden West‘s delay into 2022, it would be a worthwhile trade.

Horizon Forbidden West releases in late 2021 for PS4 and PS5.

Source: https://ff.garena.com/media/wallpaper/en/ As of today, Free Fire (Garena Studio) certainly requires no introduction; it’s only one of the most popular mobile Battle Royale games in existence, surpassing the likes of PUBG Mobile, Call of Duty: […]

Falling Frontier looks like the space RTS game of our dreams

E3 is a time of wonders, but as much as we can be excited by Battlefield 2042 – and whatever else the schedule will throw at us over the next week – there’s plenty to look […]

Valve’s recently announced Steam Deck is looking to change the way people look at and experience PC gaming. With the portable device, you will be able to play your favorite PC games on the go […]