Top News
Last week, the Xbox Windows app started showing the time played statistic for all games (excluding Xbox 360 titles), and we’re excited to announce that we have now added this feature into your TrueAchievements profile.

The Xbox One console launched with a game time tracking feature, but changes to the Xbox Live APIs in 2017 resulted in it no longer being supported for new games by default. However, the wizards at Xbox HQ have been hard at work, and they’ve managed to resolve this, as well as back-filling all the missing time played data from the games that didn’t support it.

We’re now working our way through all of our tracked gamers to pull in the missing data — which will take a couple of days — but if you want to force your times to sync from Xbox Live, you can request an update in your gamer menu by clicking the large refresh button on the first tab.

Please note that the time played data comes directly from the Xbox APIs, and has not been generated by us.

Where to find the Time Played stat for your games

You can see the time played for all of your games on your Game Collection page (get to it via the link in Gamer menu), in the List view.

Click on the View and Filter button, and make sure you are in List View and you have Time Played ticked:

Adding the Time Played column to your Game Collection

You can then see the time played against each game, and you can also sort by that column by clicking its header: 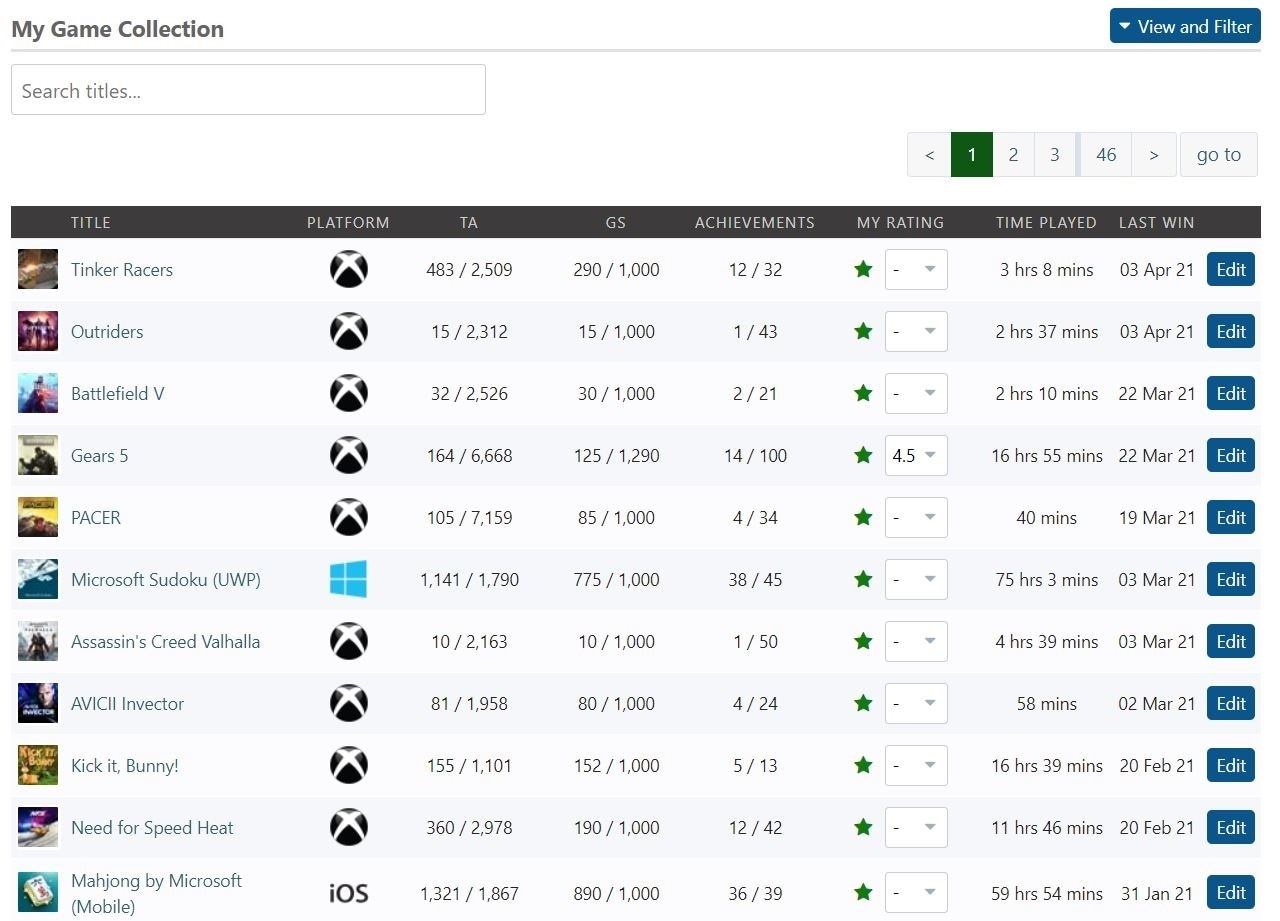 TrueAchievements now shows the time played for all your Xbox games

As before, we show the time played in the header on the game pages along with your other stats from the game: 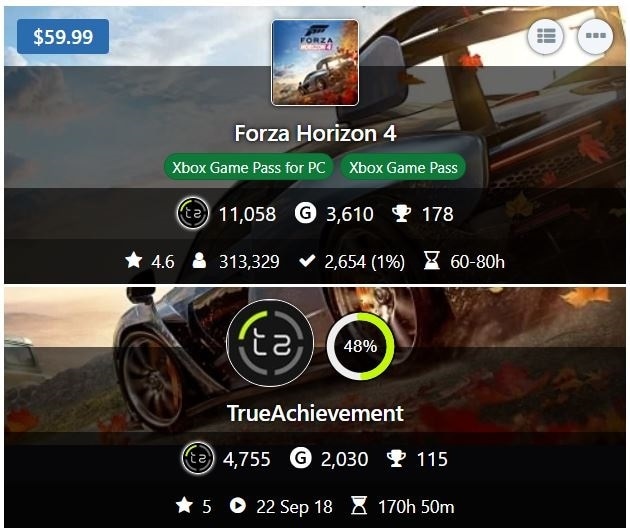 Let us know your most played games in the comments below!