To many boxing fans who also like video games, the perfect gaming analogue to their favorite sport has been the Fight Night series for a long time. Many know it today as the go-to EA Sports franchise for ultra-realistic boxing that was somewhat regularly released back in the early-to-mid 2000s. Even today the facial damage and fighting styles of certain famous boxers is pretty impressive despite the games being a decade or more old.

Collision detection and realistic visual representation of the action on-screen were top-notch and had to be for the games to be successful. And for a time, they were successful. With over 5 games developed in the series (many more depending on where you feel the series truly started) and pretty decent reception throughout the life of the series, you’d think we’d still be getting entries every now and then, especially with EA’s uncanny ability to keep a series going well past its prime. But alas, here we are. Ten years after the last game in the series was released and not even a whisper of a new game. Why is that? What the hell happened to Fight Night?

Most know the series for those 6th and 7th generation games even though one could conceivably argue it really started back in the late 80’s with an Atari 7800 game of the same name. Fight Night for the 7800, Apple 2, and Commodore 64 was a primitive but earnest attempt at a boxing game that basically just boiled down to timing. Not that they really had much else to work with at the time, but fast forward to the mainline series of EA games that most gamers will recognize today and the complexity takes a massive leap forward. Fight Night 2004 would be EA’s way of testing the waters with the new franchise on the PS2 and Xbox. It would feature lots of real legendary Boxers like Roy Jones Jr who was pictured on the box art.

By PS2 and Xbox standards, it was a pretty good-looking game. It didn’t surpass some of the fighting game heavy hitters of the generation like Tekken 5, but it did hold it own pretty well as a game so heavily and singularly focused on its character models. Most of your movements were controlled by the analog sticks which helped the intensity of a punch of the depth of an evasive maneuver very naturally.

Blocking and weaving didn’t look particularly realistic as they had kind of a twitchy look to them, but they were highly functional, and again, for the time it was a neat idea and made for a pretty fun boxing game. If Fight Night 2004’s basic ideas seemed familiar to you at the time, then it’s not Deja vu, it’s because much of the game was built upon another boxing franchise that EA had been pushing out just a couple years before; Knockout Kings. As a franchise Knockout Kings was also fairly popular, so it’s hard to say exactly why the brand was morphed into or absorbed by Fight Night, but regardless, boxing fans were still getting their money’s worth and that’s the most important thing. Fight Night 2004 would sell well and receive mostly 8’s from the critics, so as logic would follow, more games in the series would be made.

Fight Night Round 2 would come out the following year and would deliver a different flavor of the last years’ experience. The game would add additional venues like Atlantic City as well as add clinching and haymakers that could quickly result in an instant KO. On top of that they would add multiple more legendary boxers like Muhammad Ali, Sugar Ray Robinson, Evander Holyfield and Bernard Hopkins. It would also go on to be the only game in the series that would have Floyd Mayweather due to the high price tag on his likeness. The haymakers wouldn’t go down smoothly with everybody and some would still prefer the more straight forward fighting of the previous game, but despite that the game would go on to review even better than the last game on average. And with the game getting PS2, Xbox, and GameCube versions it would sell extremely well, too.

Like clockwork, the following year would see Fight Night Round 3 which kept a lot of Round 2 intact along with some modest advancements in graphics and detail. For most reviewers that was enough, and the game would again get another slew of 8’s and 9’s across the reviewing community. Despite not getting a GameCube version this time around, Fight Night Round 3 would still have more versions than any other entry in the franchise before it with the game not only hitting the 6th generation but also getting PSP, PS3, and Xbox 360 versions which were tailored to those systems as well as they could be at the time. The PSP version didn’t fare extremely well, given that it was by far the weakest platform the game would be on and would feature the least amount of content of any version, but the 360 and PS3 versions were lauded for their excellent graphics and a first-person mode that added some extra fun to the package. Some real-world advertising in the game certainly drove the experience down a bit for some, but most would agree not by much.

Shockingly, Fight Night would take a break for a couple years before seeing Round 4 release in 2009. This would be the first entry of the series that was unencumbered by needing versions for 6th-gen hardware and it showed. Graphics were top-notch with sweat and skin detail going through the roof on the PS3 and 360. Facial damage was more apparent and dynamic, and accuracy and timing were far more akin to a real boxing match than ever before. Outside of some clunky menus and long load times, this was a huge step up from Round 3 in just about every way.

Instead of naming the next game “Round 5” EA Sports seemed to like the sound of “Fight Night Champion” better, so that’s what we got in 2011. The game again would feature the fantastic graphics and fighting acumen of the previous game, but now with an actual story mode and a real online mode that played out like actual tournaments for different weight divisions. The campaign was surprisingly good with far more context and motivation behind each fight and each opponent. This really brought gravity to each fight and helped the game rise to yet another level of excellence for the series. But despite how good Champion was, there was a new guy in town. The UFC had been gaining steam since around 2009, and despite EA not wanting anything to do with it early on, the success of THQ’s UFC games was undeniable. Upon THQ closing its doors, EA would swoop in and start making UFC games instead of Fight Night ones; despite apparent plans to initially alternate between both franchises.

Despite how this probably makes some Fight Night fans feel, the bet on UFC by EA turned out to be a good one as that series has gone on to include several good games that don’t seem to have quite fallen into the repetitive, recycled trap that FIFA and Madden have. Usually, these stories of what happened to certain franchises are mysteries lost to time and open to speculation, but not this one. 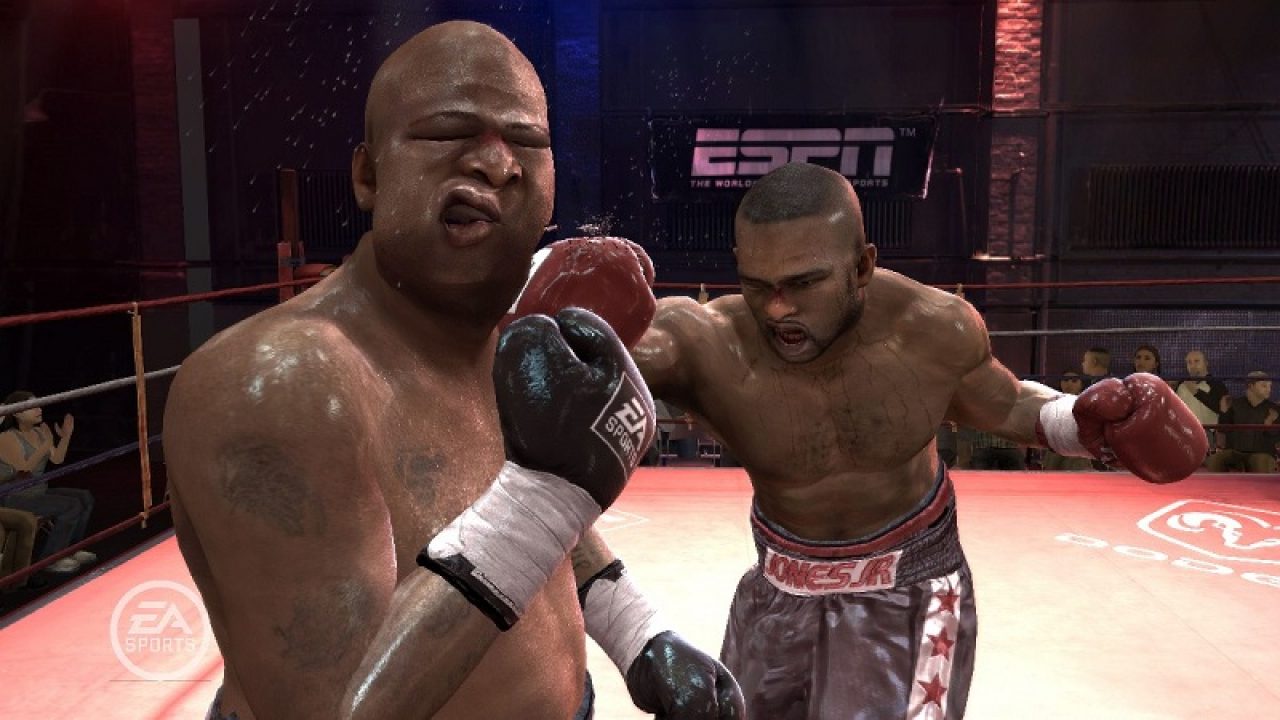 The writing was on the wall for boxing as a sport for a long time as it became more about the commercialism and branding deals than the actual sport itself. While that decline in general interest in boxing hadn’t really manifested as poor sales for the Fight Night series, it surely would have eventually. UFC and MMA fighting was an alternative to the overly polished world of boxing, and it caught on just as interest in boxing started to dwindle, and EA followed suit. With UFC continuing to gain popularity today, I wouldn’t hold your breath for a revival of the Fight Night series anytime soon. Never say never of course, but I’d say it’s all but lights out for the Fight Night games.

Note: The views expressed in this article are those of the author and do not necessarily represent the views of, and should not be attributed to, GamingBolt as an organization.

Despite having been released a few years ago, Grand Theft Auto V continues to be an extremely good-looking game, also thanks to the many mods that have been released since the game’s PC launch in […]

There are quite a few in the industry who are excited about the potential of FidelityFX Super Resolution, AMD’s supersamling tech, and with its launch on the horizon and the tech also confirmed for PS5 […]

How to Enable FPS Boost Enhancements on Xbox Series X

The Xbox Series X and Xbox Series S have a slew of impressive features that enhance the user experience. Aside from making current-generation games look and run incredibly, Microsoft’s new consoles also enhance many titles […]