Top News
Last week’s Xbox Exclusive Spotlight focused on Way to the Woods, and it’s another highly atmospheric game we’re focusing on this week. Open-world adventure game Lake looks ideal for anyone hoping for a relaxed, laid-back gaming experience with a focus on story and slice-of-life themes. We reached out to co-game designer and lead writer Jos Bouman for more information on Gamious’s lovely Lake, and rounded up everything we know about it below — so why not sit back, relax, and take a read through this week’s Xbox Exclusive Spotlight.

Lake is a laid-back, open world adventure game in development from Gamious. It’s set in the 80s, and revolves around two weeks in the life of Meredith Weiss, who’s returned to her hometown to take over for her dad as the local mail carrier.

When does Lake launch?

Lake is set to launch sometime this summer. We’ll update here when we learn of a specific release date.

So, we know the two weeks that Lake focuses on in particular in Meredith Weiss’s life are those which she spends back in her hometown of Providence Oaks. Meredith has left behind a busy life in the city and a career at a software company to stand in for her dad as Providence Oak’s mail carrier. By the end of those two weeks, you’ll have a decision to make — should Meredith go back to her city life, or stay on in Providence Oaks? It’s a big decision, but not the only one you’ll be faced with.

Lake has been described as featuring “slice-of-life themes,” which no doubt add to its relaxing atmosphere. “When we started thinking about a story for Lake, we eventually realized that too dramatic events (like a murder mystery) would pull the player too much into thinking that’s it’s the goal to solve it,” says Bouman. “It would be detrimental to the laid-back experience. Lake is more light-hearted, about just letting things happen, keeping your options open. And by keeping things small and relatable, we hope that the player will tune into that wavelength, and that eventual ‘light drama’ will still pack a punch. Themes to discover are things like friendship, integrity, life and career choices, romance.” 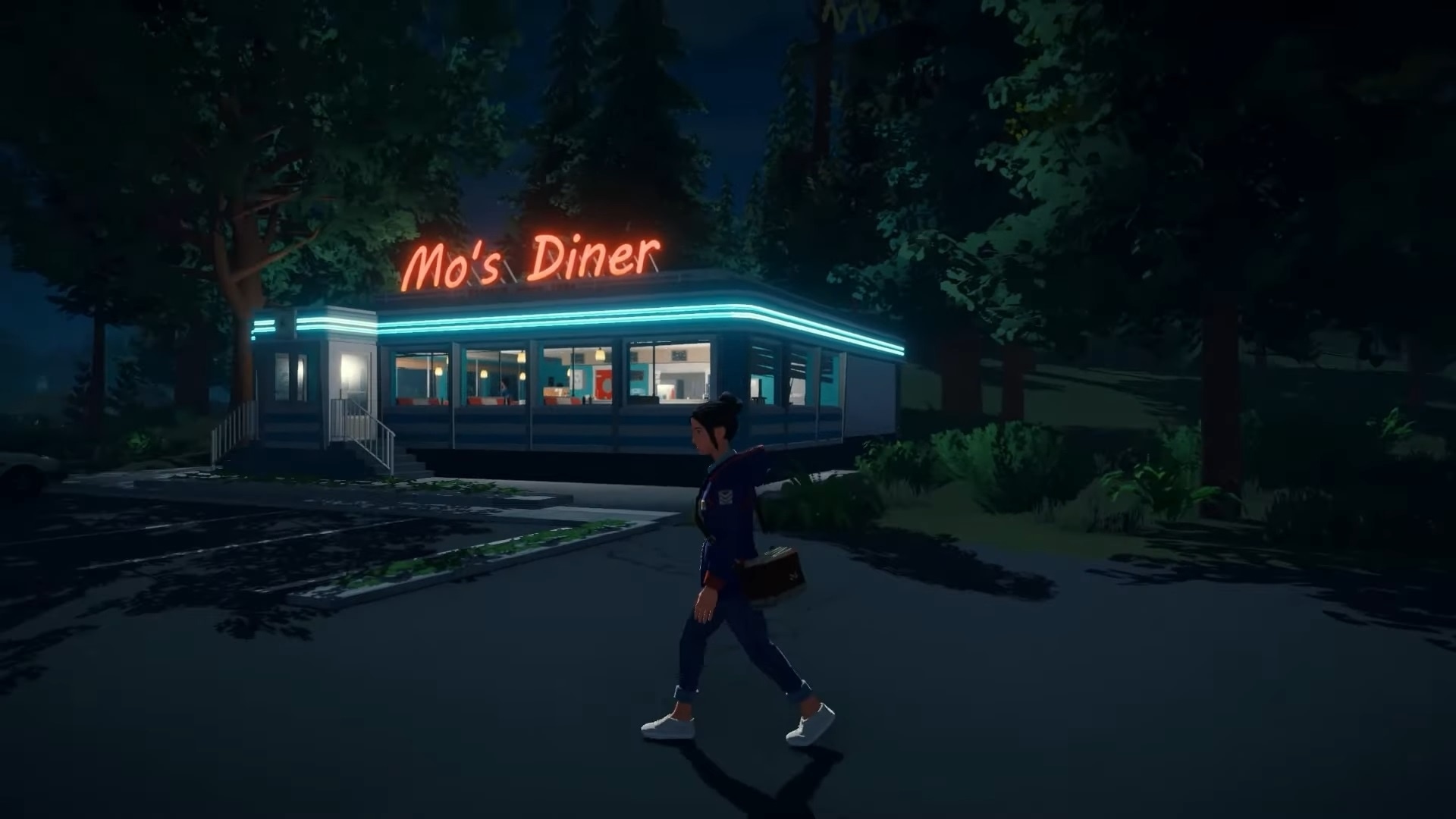 How does Lake play?

From everything we’ve learned so far, it seems that Lake aims for a relaxing experience shaped by individual player decisions. We weren’t sure how this would translate into gameplay — would you still have active tasks to follow, or would each player’s days be completely different? — so we asked Bouman for more info. “We’re trying to offer an experience that doesn’t put you under stress or make you feel that you might miss out on things,” he says. “When your day starts, you’ve got a number of addresses to deliver mail to, and it’s up to you how fast and in which order you do this. As long as you eventually deliver your mail, you’ll be up to date with everything. If you decide to help certain people, you’ll get to know them better that way. This can also add events after the end of your workday,” he adds, “and these are also moments where Meredith is not just a mail carrier anymore, and things can get more personal.”

Meredith’s story is wrapped around a two-week timeframe, with that big life decision looming at the end of it. “We decided quite late in the production to squeeze all the content into two weeks instead of three,” Bouman tells us. “It was a breakthrough development moment when we realized that it was possible. We always thought we’d need at least three weeks for all the little storylines to emerge, evolve, and come together, while also offering different endings. But we had a bit of a problem that the ‘juicy’ content was spread out too thin. A typical day on the job needs to have a nice balance of delivering mail and meeting people. Periods of relaxation and anticipation, interspersed with dialogues that demand more active attention. They offer some surprises and entertainment, and drive the story forward.” Speaking of driving: Meredith has her trusty mail truck to get around town with, and you can either drive manually, or use auto-pilot to take in the scenery. “I prefer to drive manually,” Bouman says. “Although the mail truck is not the fastest vehicle, I still like to drive perfect lines, and I take pride in my reverse and parallel parking skills.”

Since personal choices and decisions matter so much in Lake, we wondered if this would influence the game’s replayability. “Quite possibly!” Bouman says, but adds, “we don’t really want it to become a game of ‘discovering all the endings’. If you play it once, and make choices that feel right to you, than that’s ‘your’ Lake. But you can also choose to play it again, and opt-in or out of certain storylines and see what that’s like.” 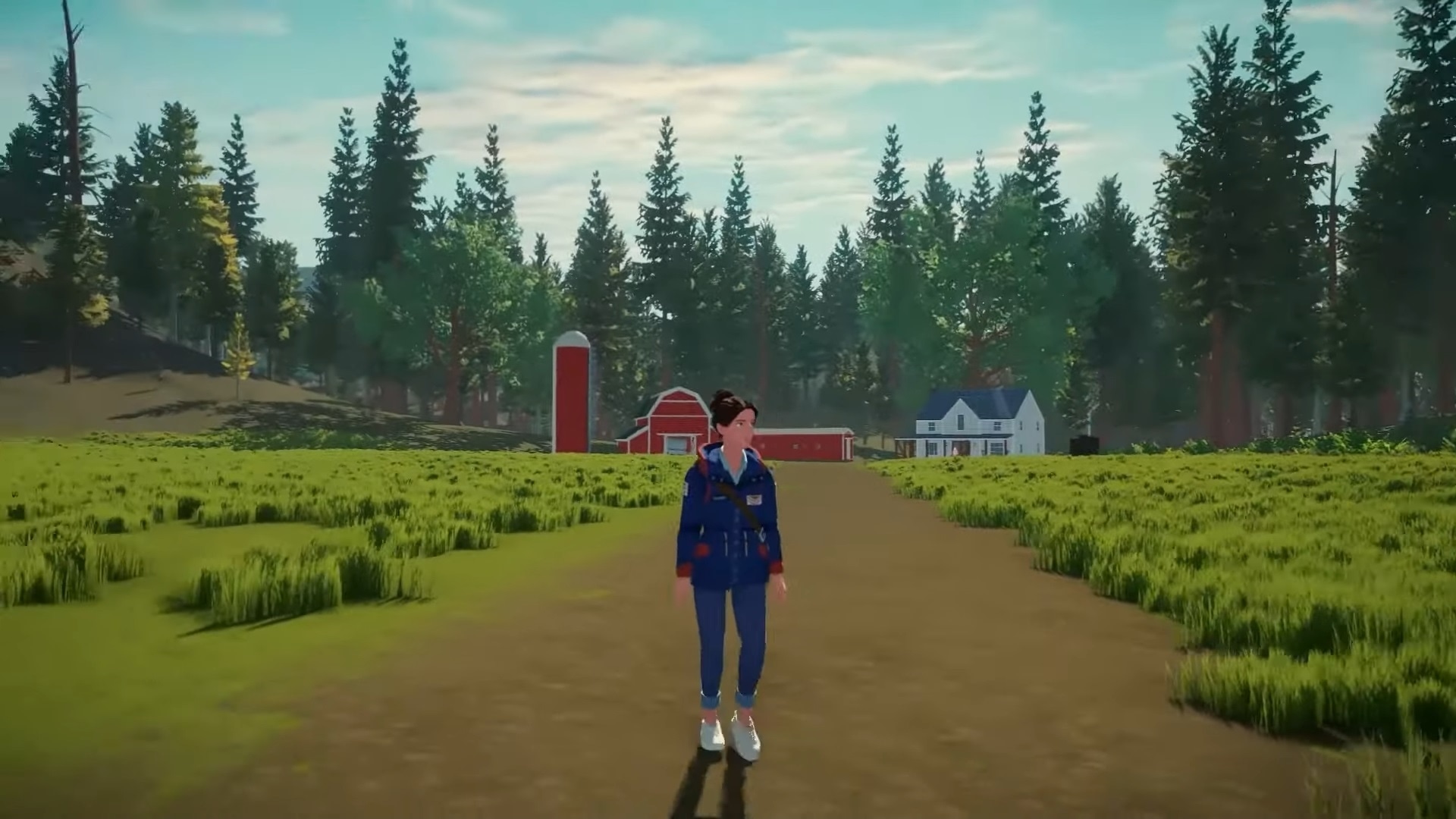 Lake is set in the 80s, and Bouman tells us this decision to set the story in a time before consumer technology really took off was made so that Lake might feel even more immersive. “We started working on Lake three years ago, well before the lockdowns. But even then it was pretty clear that life nowadays is more hectic than it used to be,” Bouman explains. “We felt it would be nice to go to a time and place where you can just be offline, and enjoy being ‘limited’ to the real world, with a straightforward job in a beautiful environment, while getting to know new people along the way,” he continues, adding that “game director Dylan Nagel came up with a nice picture of a car driving around a lake. We felt like there should be a game where you can just drive around carefree, but not entirely aimless. The eighties felt like the right period, as we grew up in the eighties, but also technology wise. So it’s both a nostalgic experience to go back to your hometown, and a return to the decade where consumer technology was still emerging.” 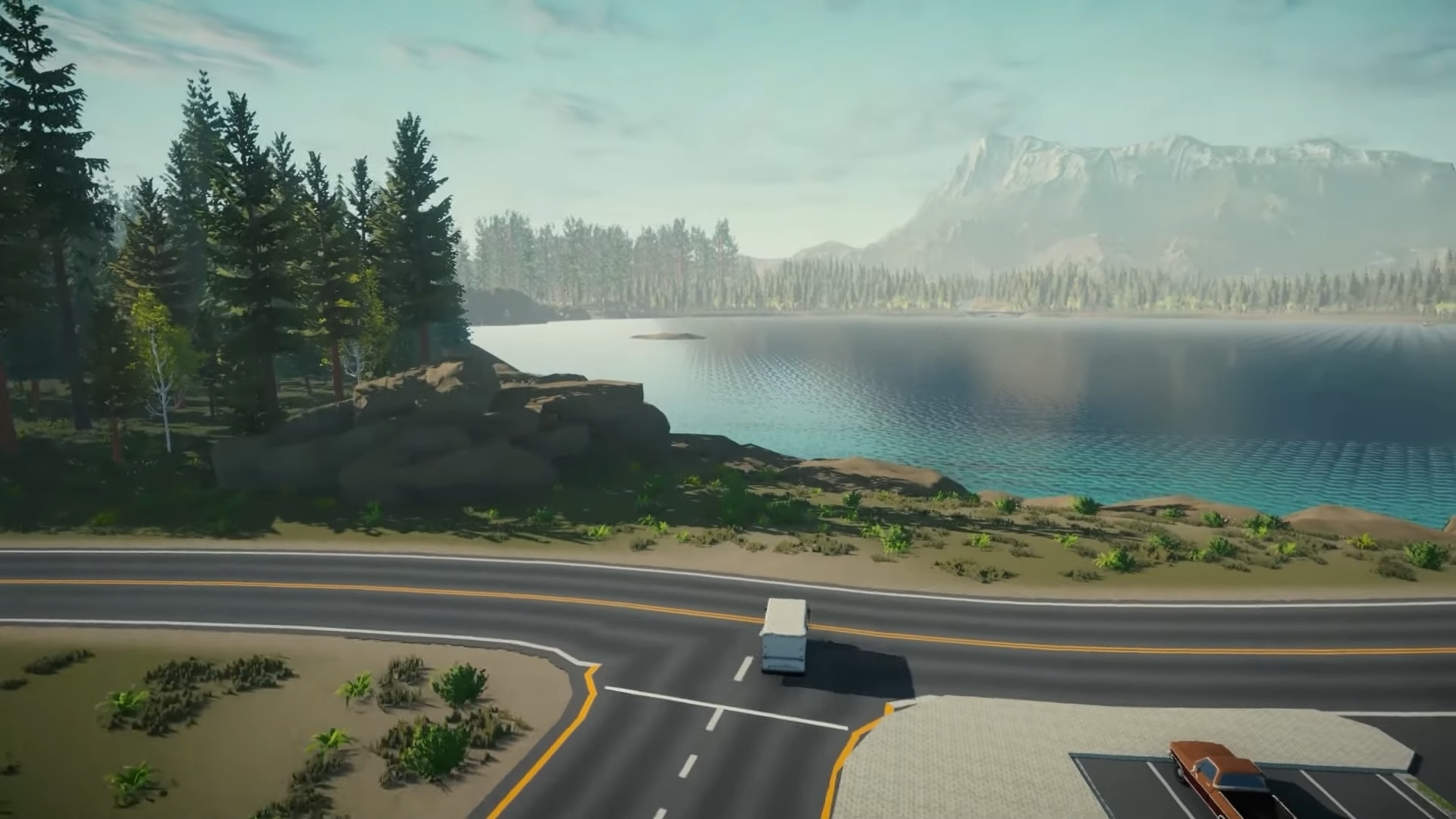 Any news on the Lake achievements?

Bouman tells us the Lake achievements haven’t been “clearly defined” yet, but from the sound of things, you shouldn’t need to worry too much about cumulative achievements, or any that require you to focus more on speed than on the story. “We don’t want to stress people too much, so achievements should form a nice extra value, in line with the vibe of the game,” Bouman explains. “So we won’t have achievements like ‘delivering all mail within 10 minutes’, or ‘drive around the lake 100 times’. But I can imagine that achievements could be connected to specific endings. It’s one of the last things we still need to figure out.” Neither should you worry too much about achievements related to multiple playthroughs. “You probably wouldn’t need to start the game from scratch each time,” Bouman says. “I can imagine that restarting a save game from a point just ahead of some big decisions will enable you to enjoy most of the different endings that Lake has to offer.” We’ll update here as soon as those Lake achievements come through!

In our Xbox exclusives round-up, we suggested that Lake might be perfect for fans of Eastshade, Life is Strange, and Deadly Premonition (although, admittedly, maybe just the side missions for that last one) due to its focus on player choice and its relaxing atmosphere. Either way, if you’re looking for a laid-back adventure with a lovely art style and a gentle story, you should think about putting Lake on your radar! What do you think of Lake so far? Let us know in the comments!