The gaming headset market is an extremely crowded one, with tons of options for gamers to choose from. Xbox has decided to throw its name into the hat with its own premium headset that delivers a solid user experience.

Microsoft’s $99 headset is a sleek yet simple offering that takes its cues from the next-gen console the Xbox Series X while working with other consoles like the Xbox Series S, older Xbox One models, plus Windows PC and comes with features that make them stand out among the crowded field of headsets from other companies like HyperX, Turtle Beach and Sony. 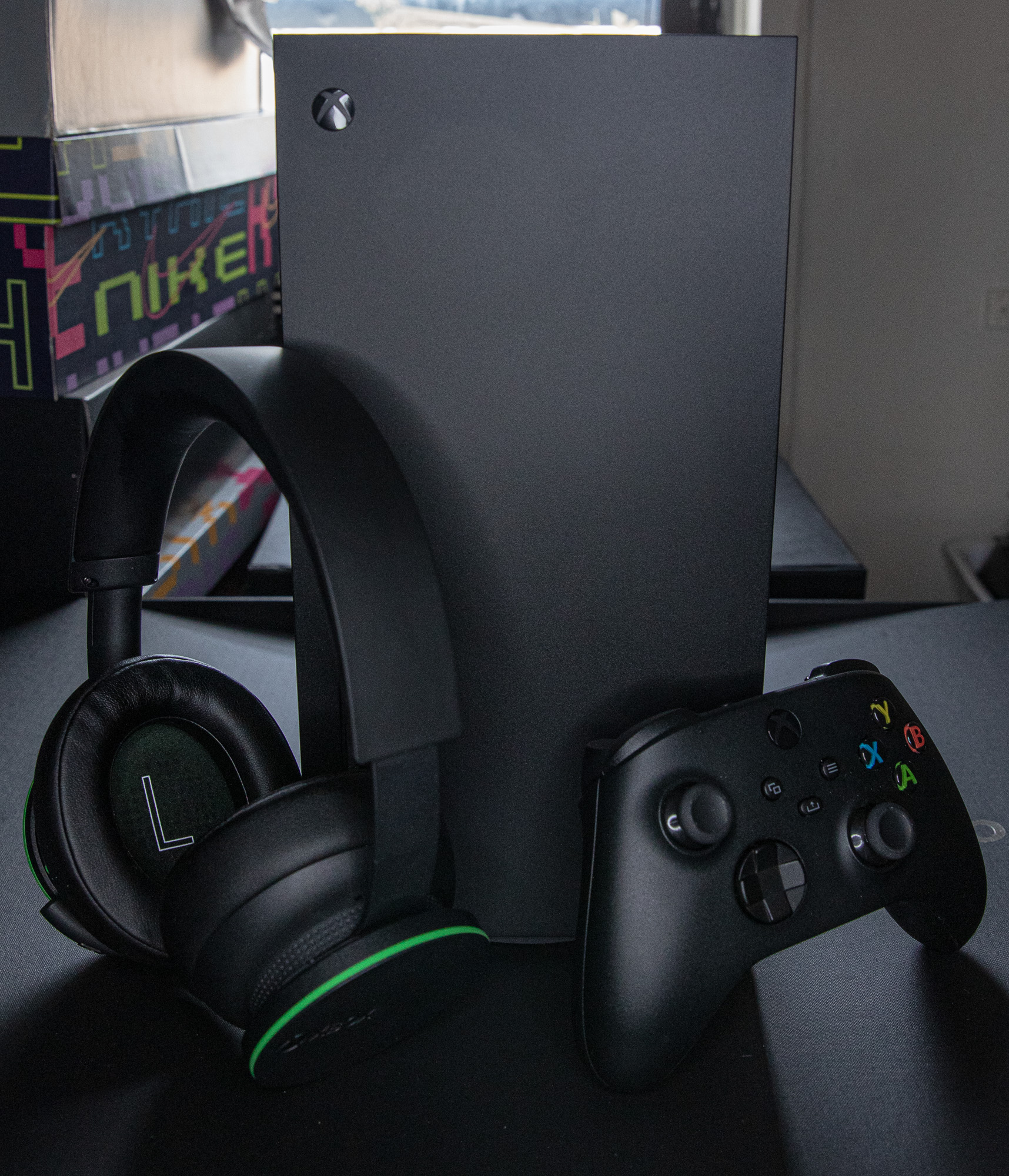 Immediately you will notice the very sleek design once you take the headset out of the box. Like the Xbox Series X, the headset has a matte finish that, unfortunately, is very prone to collecting fingerprints. But, the headset is very attractive with nice details like the Xbox logo on the right earcup and the signature neon green rings around each earcup that definitely lets you know this is an Xbox peripheral. 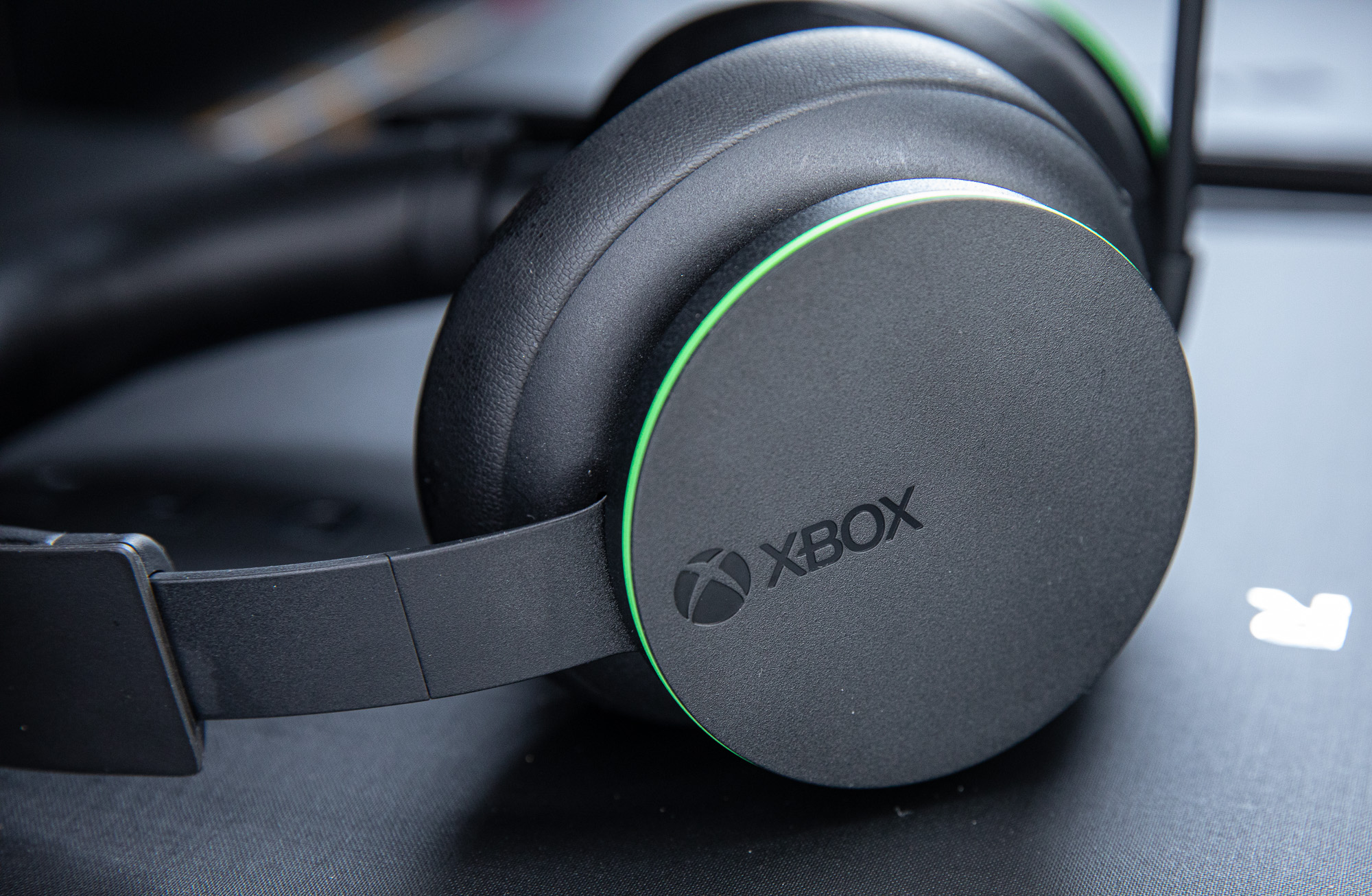 One feature that I absolutely loved is the fact you can adjust the volume and game/voice balance by simply turning the spinning dials located on each ear. The right ear handles the headset’s master volume, while the left ear lets you fine-tune the voice chat and game balance. You can easily restore it to a neutral setting by turning the dial to the middle. A click will let you know that has been achieved. 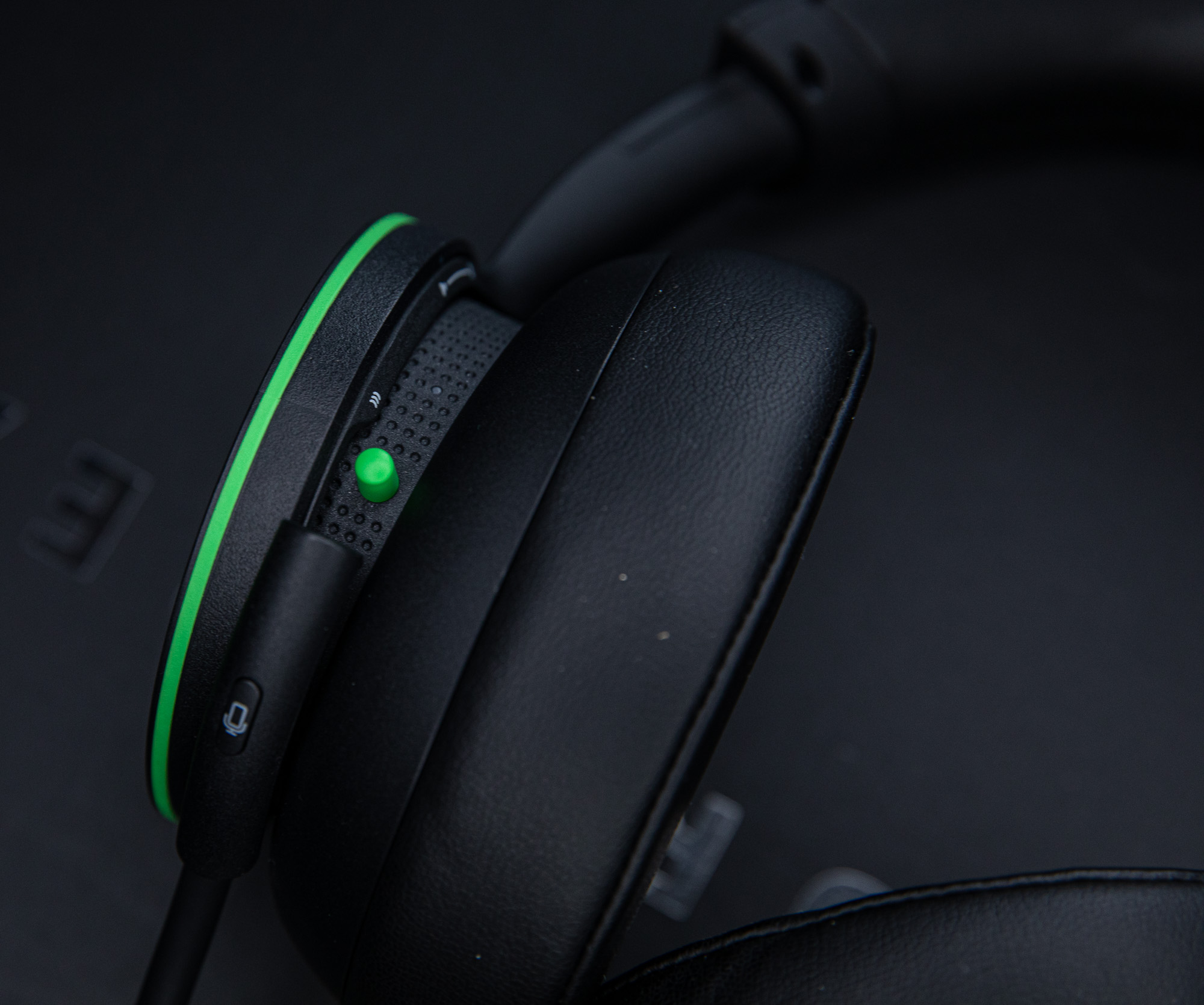 Unlike many other wireless headsets, Xbox decided the fewer buttons, the better, and on this matter, we agree. There is one long green power button that doubles as the pairing button located on the left earcup. On the right earcup, users will find the single USB-C port to charge the headset. 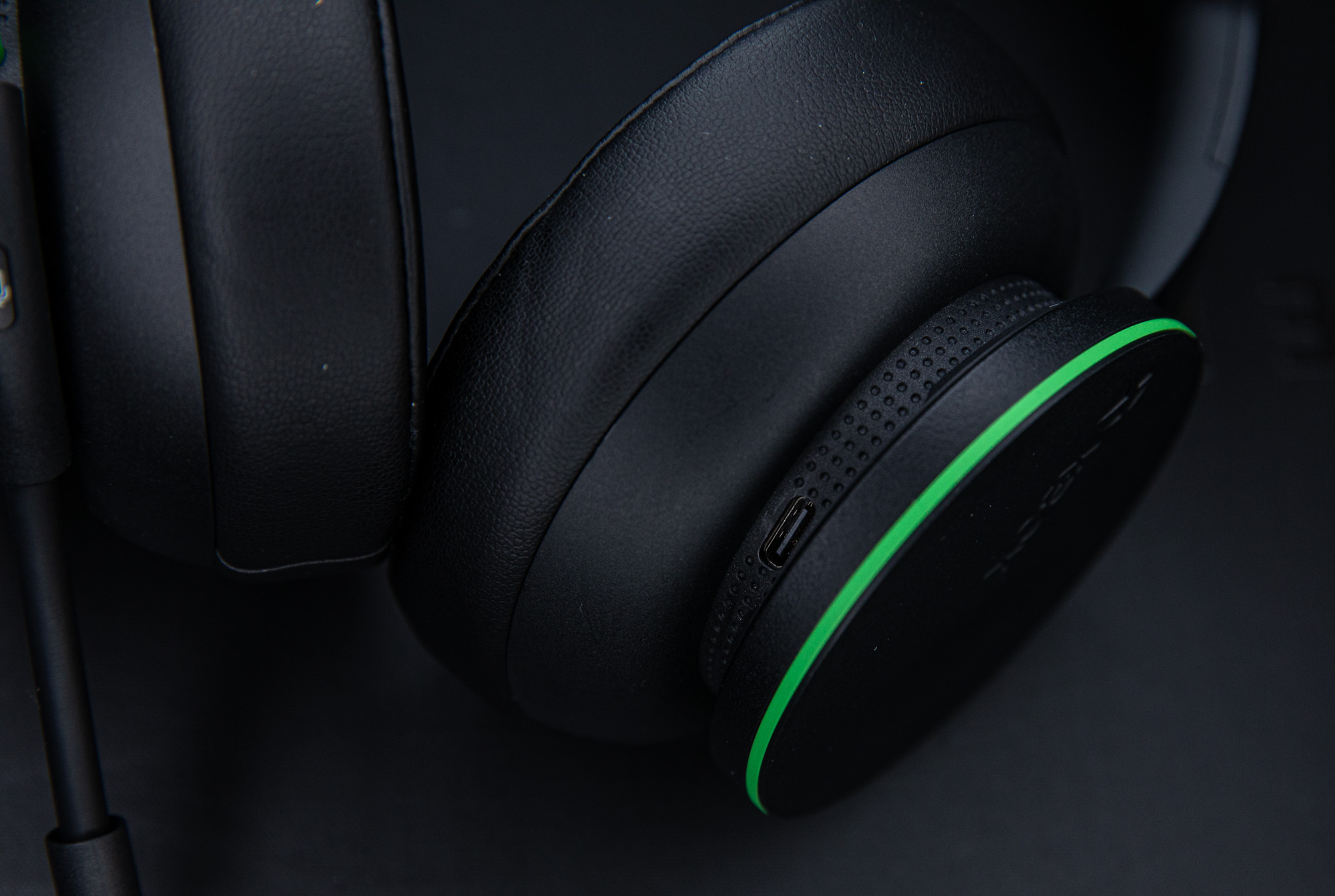 Microsoft boasts that you can get about 15 hours of gameplay out of the headset, and for the most part, that is accurate. If you happen to run out of juice during a gaming session, you can plug the headset in for about 30 minutes, and that will give you about four hours of use.

You can also link multiple devices to the Xbox Wireless Headset at one time, so basically, you can take a call while playing at the same time. One convenient but also annoying feature is the fact Xbox Series X or whatever console the headset is connected to will turn on when the power button is pressed. Something to pay attention to when you want to use the headset to listen to music or take a Zoom call.

As for comfort, the Xbox Wireless headset is lightweight and very comfortable to wear but will have to “broken in” first. The earpads feature soft memory foam covered in faux leather with similar padding underneath the headband to ensure a comfortable fit during long gameplay sessions. 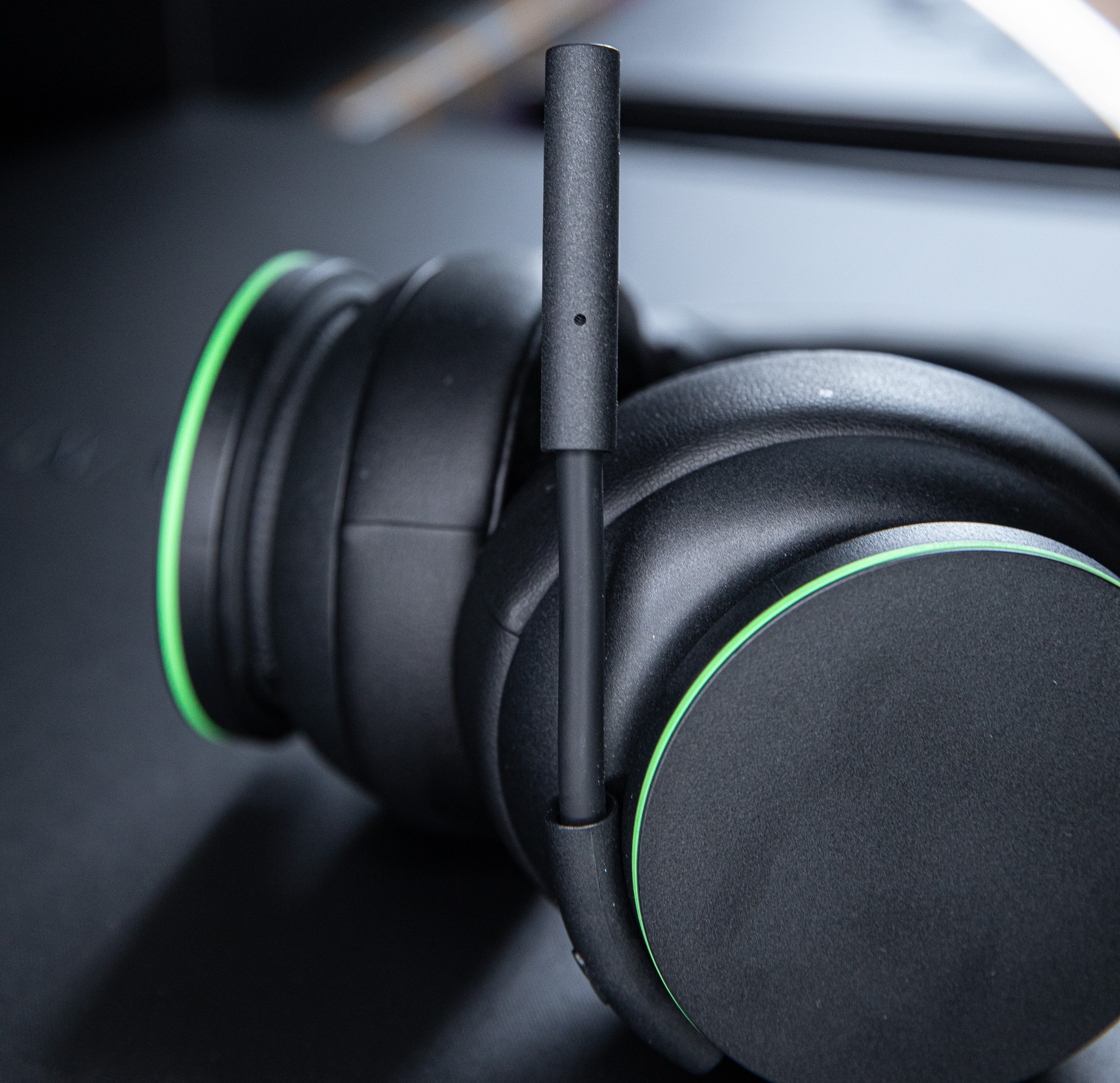 The microphone is long and narrow plus can be adjusted but not removed. It can be muted via a single button located underneath it. A LED indicator is located on the tip of the mic that gives you an indication that the mic is muted or not. If the light is on, your mic is hot. When the light is off, the mic is not in use. There is a smart feature called “auto-mute” that is supposed to silence your mic when you’re not talking. While it does “work” I highly recommend just pressing the mute button just to be safe. 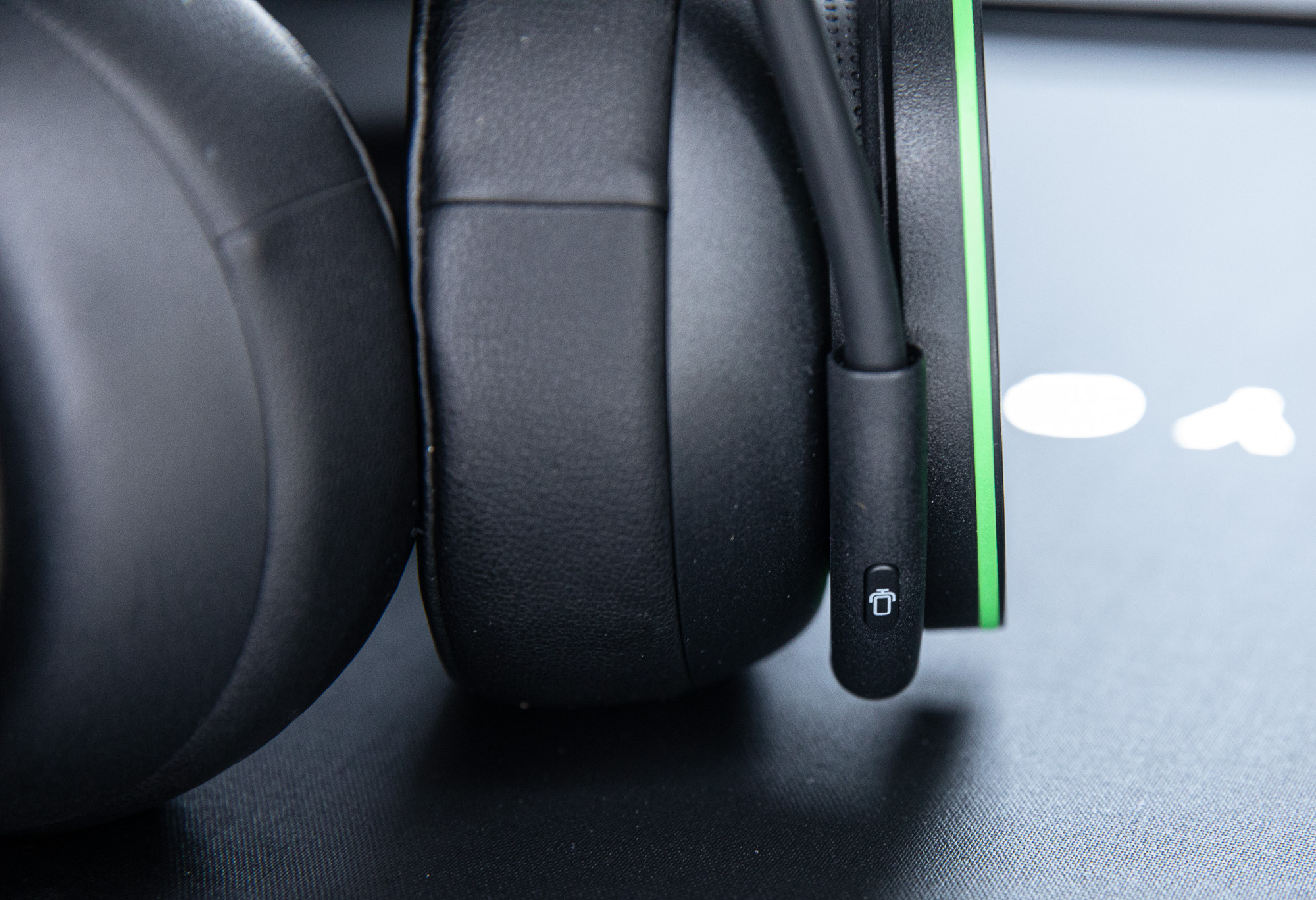 When it comes to performance, the Xbox Wireless Headset delivers quality voice chat when used on Xbox. Over PC, it’s okay, but there is room for improvement. We recommend sticking with HyperX’s headsets when it comes to that department. 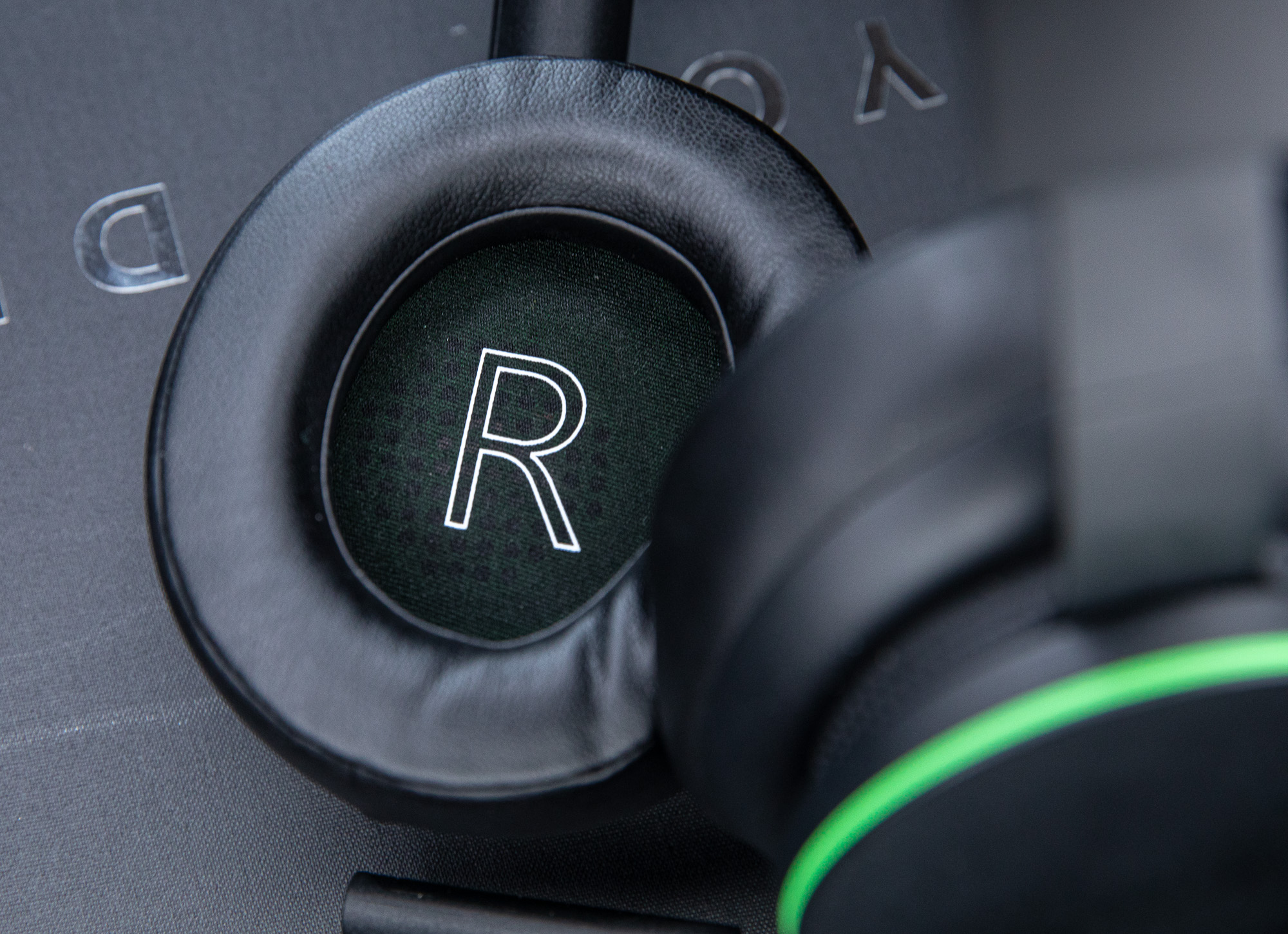 When it comes to sound, the Xbox Wireless Headset will not have you asking where the bass is? Because it’s present and accounted for. While playing games like Doom Eternal, Outriders, the explosions and gunfire sounded very heavy, and while the rock-heavy soundtrack from Doom Eternal hits pretty hard. While playing MLB The Show 21, how well voice comes through on the headset, the play-by-play chatter, and background crowd noise is crystal clear.

If that is something you’re not feeling, you can adjust it via the Xbox Accessories app. The Xbox Wireless Headset also works with Windows Sonic, Dolby Atmos, and DTS Headphone:X to enhance your sound experience. Windows Sonic is built-in, while Dolby Atmos and DTS Headphone:X require a separate subscription purchase through the Xbox or Windows store. 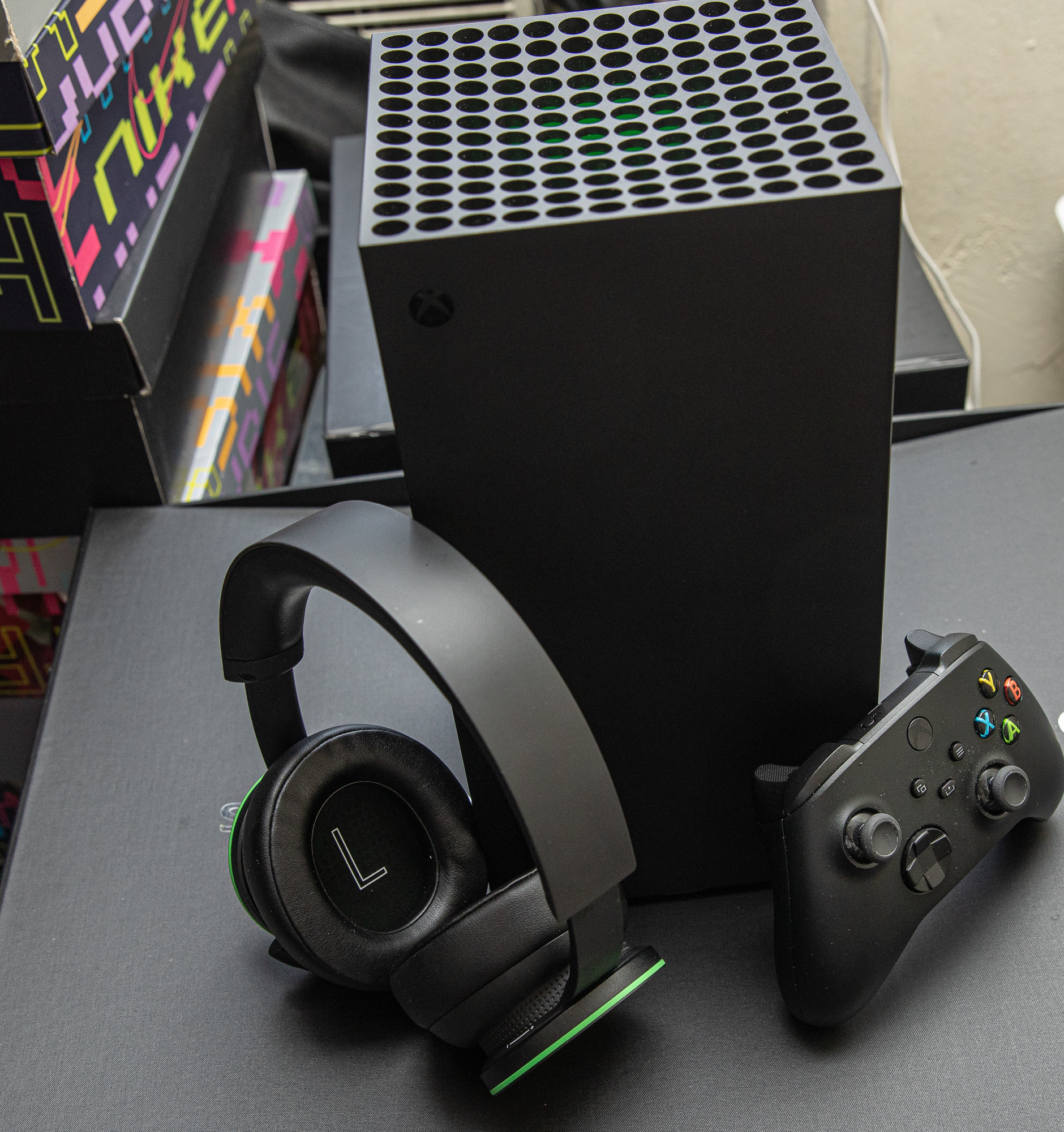 While they are not on the same level as Sony’s Pulse 3D Wireless Headset, which gives gamers a next-gen experience in the sound department, Xbox’s wireless headset is definitely a solid pickup for $99. You get a bunch of premium features without having to break the bank as you normally would have to for a good wireless gaming headset.  There is still room for improvement, but it’s nothing a few software updates can’t correct.

Like the Xbox Series X, the Xbox Wireless Headset is also sold out everywhere, so keep checking retailers for restocks.